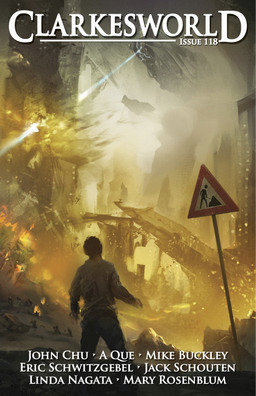 Paradise Lost: A History of Fantasy and the Otherworld by Christopher Mahon
Talkative Creatures and a Mesozoic Cocktail: A Conversation with Michael Swanwick by Chris Urie
Another Word: Burning Bridges by Peter Watts
Editor’s Desk: What is it with Readercon? by Neil Clarke

Clarkesworld typically posts several Podcasts during the month. The first one is:

We last covered Clarkesworld with Issue 117.

Our Late June Magazine Rack is here. See all of our recent fantasy magazine coverage here.