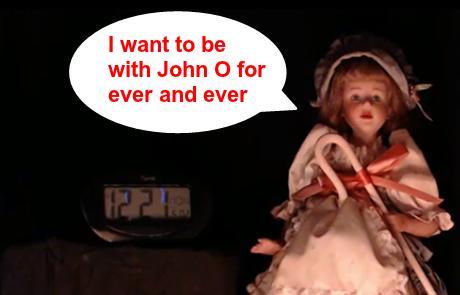 But this little gem will probably give you the willies just the same.

The channel, Destination America (home to John Zaffis’s possessed-object show Haunted Collector) and The Lineup (a website dedicated to “murder and mayhem”) have teamed up to provide you the opportunity to be a ghost voyeur 24/7 until midnight on May 10th.

So here’s the deal.

Once upon a time back in the early 1900’s there was this little 13-year-old girl named Ann, who was being treated for tuberculosis at Waverly Hills Sanatorium, in Louisville, KY. Now Waverly Hills comes with a whole lot of its own paranormal baggage to begin with since during the time it was in full operation, the idea of a “rest-cure” for patients in a place like this was in actuality a certain death sentence. The building currently holds the title of “one of the most haunted places on earth” and hosts an endless stream of paranormal investigations and television crews.

But back to little Ann…

One of Ann’s Waverly Hills caretakers was an aide named Lois, who worked at the institution from 1919 to 1935. She was responsible for the wards in the children’s wing, and unsurprisingly, became very attached to her young patients. 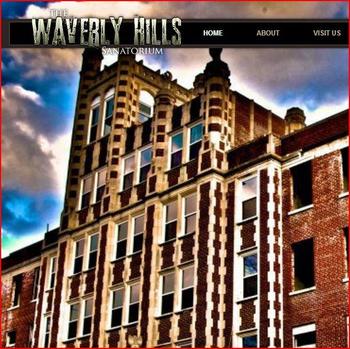 Likewise, her little patients relied on Lois, at least by her accounts; so much so that when they succumbed to their illnesses, their spirits followed Lois home, hoping she could continue caring for them. As the early 1900’s was a hotbed of paranormal interest in the US and UK, Lois had no end of advice on what to do about her ghostly tagalongs, and finally a close friend recommended that Lois obtain vessels to house these unfortunate and restless souls.

When Lois herself passed away, she left detailed journals about her dolls, including the one playing host to the spirit of little Ann. Lois claimed that in life, Ann was terrified of the dark and that her spirit who now lives on the doll, cries out for help in the middle of the night with a shaky voice. Lois also reported to her daughter that the Ann doll once cried a single tear which ran down her cheek and her right arm once moved up and down, as if she was waving.

Fast forward to the present, where paranormal investigator and self-described “demonologist” John Zaffis tracks down “possessed” objects and somehow acquired the Ann doll.

As if poor little Ann did not endure enough indignities in her short life, the doll she apparently now calls home is seated in front of a 24/7 webcam allowing you to observe her every move – or lack thereof. During the live stream event which is running until midnight on May 10, Ann will sit “under constant surveillance” at the Lineup’s New York offices. According to the Lineup’s staff, Ann caused unspecified “technical difficulties” but as far as we can see, Ann has just been sitting where she is, staring blankly at the camera and presumably wishing you’d look elsewhere so she can get on with the business of being deceased.

Up to now, the live-stream is being watched by well over 200 people and you can join in the fun below.

Ok, that’s admittedly disturbing on multiple levels – but if it’s not enough, one of you lucky peepers might just be able to take Ann home with you, to sit in a little miniature rocking chair in the corner of your bedroom and stare at you just like that all night while you’re sleeping…

Or so we’re told.

You see, Destination America is hoping to find Ann a new home to haunt at the end of the live-stream (wannabe caretakers can enter here). The reason I say “or so we’re told” is because when you read the contest rules, you find the “approximate retail value (AVR) of the prize” is $100. That got me to wondering what a Bo-Peep doll in what appears to be excellent condition from the early 1900 would go for on the open market – surely it is more than $100.

Assuming the doll was American made, a peruse through a few doll valuation sites indicates the Ann doll is likely worth anywhere from $500 to over $1500, causing me to dig a little deeper into the contest rules.

Under the heading “Prizes” the rules state: “The winning entry will be awarded ownership of Ann the Haunted Doll, the exact doll that is featured in the article LIVE CAM: MEET ANN, OUR HAUNTED DOLL.” Does this mean the winner will get permanent physical possession of Ann (as opposed to some type of certificate of ownership with the doll staying elsewhere)? And if so, will the doll come a certificate of authenticity confirming her approximate age?

Having just composed a rather elegant appeal as to why Ann should come live in the office of our Editor in Chief, I want to know she’s actually going to show up and not send some sad, flea market impostor or picture postcard in her place. 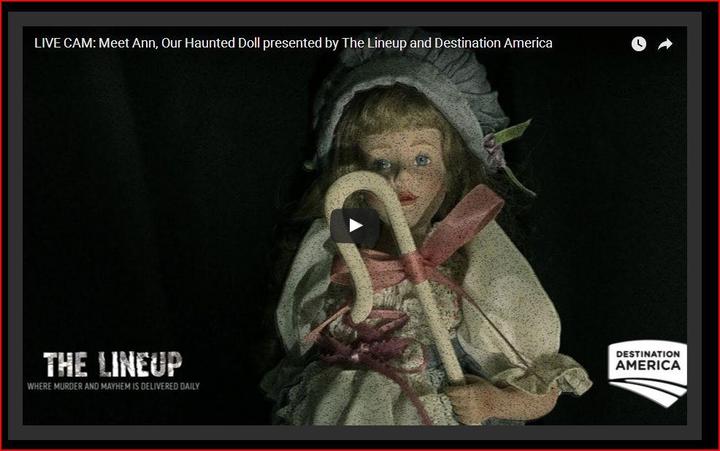 I mean, what fun is that?

As of the writing of this article, I have not received a response to my inquiry to the editor of The Lineup, but I will let you know if and when I do. In the meantime, please do your part to (theoretically) help Ann reach John O’s office by entering the contest with your own eloquently worded plea before midnight on May 10th. He will be absolutely thrilled.

If you have a question or comment, or intend to put in an entry for Ann to stay with John, post it here so we call can enjoy it, or drop a line to sue@blackgate.com.

/wanders away humming a Jonathan Coulton tune — and I bet I’m not the only one.

My ex-husband has a fear of dolls. For the first few years of our marriage he made me keep my Cabbage Patch Doll locked in a chest.

Dolls are harmless. Clowns are the true nightmare out of hell.

The fear of dolls is pediophobia and fear of clowns is coulrophobia. Me, I live in terror on what Jerry Jones is going to do to the Cowboys. It is a nightmare that never ends.

Goth Chick, you can read to Ann from that little book that came in its own coffin. (I still remember with delight saying to its maker, “Thank you, it’s the loveliest coffin anyone’s ever given me.”)

Ape, I narrowly avoided snarfing hot tea out of my nose. It’s good to have you around.

@Sarah—It is good to see you too. I’m around but I’m trying hard not to comment much because I know it is a stressful time at Black Gate and I don’t want to add to that. I figure if the tone is calm that John and the rest will be calm and then everyone can get back to the business of having fun.

He got a running back in the first round when the market and the draft is flush with them. I mean—WHO DOES THAT?

That’s right – a stressful time for John, which is why he needs little Annie sitting in his office to calm his nerves.

Come on, get those entries submitted.

Sarah – no one gets that coffin book. Not even little Annie.

Amy & Martin – anyone who has ever looked into a doll’s dead, staring eyes knows they aren’t harmless, especially Cabbage Patch dolls. But point definitely taken about clowns.

Jeff, if we win little Annie for John, I’ll pop for a whole J Coulton soundtrack to go along with her…

@GC—But technically Jerry Jones is a lich king. Can I come out of the penalty box now?

@GC—I’m more afraid of winning the prize and have my buddies roast me at our next BBQ. They don’t care if it is possessed or not, I would totally lose my man card. I do however know someone who needs to have a possessed doll but you’ve forbidden me to make any sports references. His initials are Roger Goodell and I think this doll would do well by possessing his soul and restoring dignity to the NFL’s commissioner’s office. I’ll post for the contest so long as I can forward it somewhere should the Dark Gods smile upon me with fortune or misfortune or whatever.