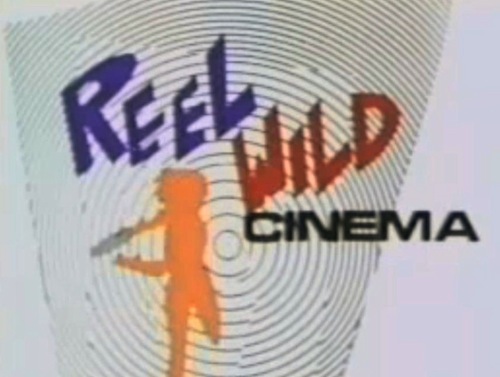 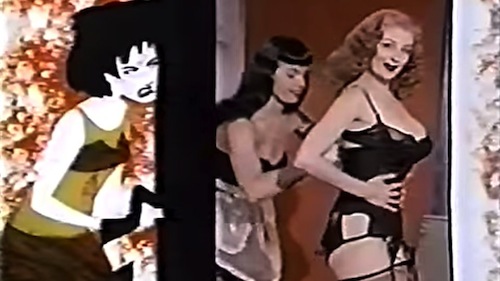 An animated Sandra Bernhard gets some fashion tips from Betty Page.

It took some time for mainstream media to notice, but by the middle of the 90s we had MST3K and, thanks to Something Weird Video, a show called Reel Wild Cinema. Hosted by Sandra Bernhard, it featured clips from Something Weird Video’s catalog, plus a heavily edited main attraction that cut down some feature length z-movie to a presentable 15 minutes. With most of those flicks, there was only about 15 minutes of good stuff anyway.

Every episode also had an interview. Some of these were banal, like that with Dweezel and Ahmet Zappa in the “Teens Run Wild” episode. Some are enlightening, like the one with Vampira in the “Nudie Cuties” episode. Other guests include pioneering female adult movie director Doris Wishman, Roger Corman, and Russ Meyer.

And the movies are so much fun. You get everything from a gang of delinquent teenage girls wrecking a school to help international Communism in “Gun Girls” to a damn Yankee bring rolled down a hill in a barrel full of nails in “Two Thousand Maniacs!” 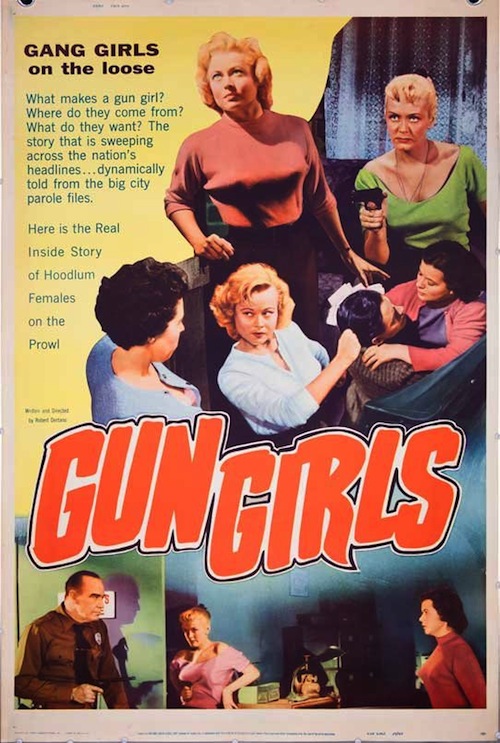 Reel Wild Cinema ran for one season on the USA Channel in 1996 and then disappeared. For many years this was one of those classic shows that you couldn’t find legally online. I don’t use torrents because I don’t want to get a virus, so I was happy to see that late last year Something Weird Video put up the entire run on their Youtube channel. Since the show was basically a big teaser for their catalog anyway, I wonder what took them so long. 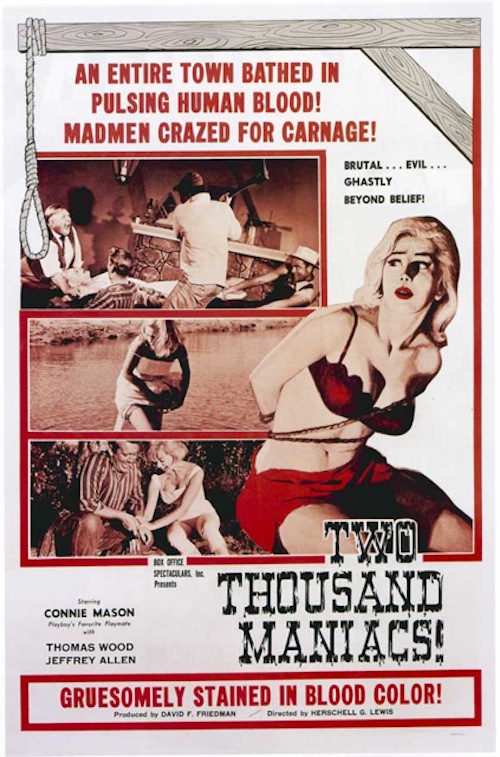 So if you’re looking for some trashy fun, check it out. It’s not safe for work, but Puritans will be happy to know everyone’s best bits get covered in episodes like the “Nudist Camp Night.” Ta-tas get covered with happy faces and front bottoms with Stop signs!

In the immortal words of Sandra Bernhard, “Good midnight to ya!”