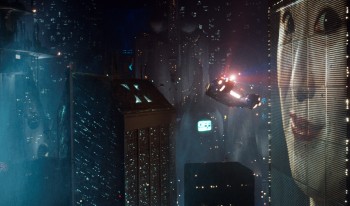 The long awaited sequel from Ridley Scott, starring Ryan Gosling, Harrison Ford, Robin Wright and Dave Bautista (yes, the former wrestler), was originally slated for January of 2018. That’s not exactly prime release time. Or a sign that the studio has confidence in the film. Instead, it’s been moved up to the weekend of October 6, 2017, which would put it in the Oscar discussion. If it is any good, of course.

Feelings about the sequel are certainly mixed. Though I think folks should remember that Blade Runner was not a hit upon release and had fared so poorly in test screenings that the film was recut before general distribution. However, it has grown to cult status. It’s one of my favorites and certainly a classic of scifi noir.

The script continues the story from the first film, which was an adaptation of Philip K. Dick’s Do Androids Dream of Electric Sheep. Which is well worth a read.

K.W. Jeter wrote two official sequel novels, which I’m happy to say, have nothing to do with the film. The first was readable: the second was terrible.

If you enjoyed Blade Runner, there’s a superb book on the making of the film, Future Noir: The Making of Blade Runner.

I remain hopeful about this film. And Vangelis is 73 years old. Will he be doing the soundtrack? It was a big part of the original.

I’ve always had very mixed feelings about Blade Runner. The look was stunning back in the day, and still is, all these years later. But the story is a radical reduction of Dick’s original – even more so than most film versions of good books. Maybe PKD is a writer best left to print.

About 2 months ago I went through a Blade Runner phase. I reread Do Androids Dream of Electric Sheep, watched 3 different cuts of the movie, and read Future Noir.
Looking forward to the sequel.

Blade Runner is not Electric Sheeps: The Movie. It’s Blade Runner. A movie heavily inspired by Philip Dick. I don’t think anyone would have been better off if this movie didn’t exist.

Though I am not sure if the same will be said about a second one. Can’t really think of any movie that got a good follow up three decades later. And we’re currently living in a period of endless disappointing knockoffs.

As Amy notes, there have been several different cuts of it, one I think restoring the original cut that apparently fared poorly in test screenings. I don’t remember at which stage the voiceover was added/removed.

I agree that it’s no DO ANDROIDS DREAM OF ELECTRIC SHEEP: THE MOVIE … that novel deserves to stand on its own; and the movie does as well. (It’s not Alan Nourse’s BLADERUNNER either 🙂 … though I enjoyed that book when I was reading Nourse as a teen — he was one of my favorite YA SF writers back when I was a YA.)

Roy Batty’s death soliloquy will always be, I hope, one of the most moving scenes in Sci-Fi moviedom. To say I “felt” a genetically engineered demi-human, furiously weeping at it’s/his lack of that certain little, indefinable “something” that makes us human… is putting it mildly. (What makes it even more chilling is that THAT day, in “reality,” is surely coming, and even at 51, I suspect I will experience it {thanks, Ray Kurzweil, et al}.)

Bravos to Rutger Hauer for “making” that scene, and to Ridley Scott, for not having an ego too big, that when that diamond dropped in his lap, he wasn’t too proud to polish it 🙂

I just wanted to give a shout-out to the book Future Noir: The Making of Blade Runner. It is a very interesting read.