NOTE: The following article was first published on March 28, 2010. Thank you to John O’Neill for agreeing to reprint these early articles, so they are archived at Black Gate which has been my home for over 5 years and 260 articles now. Thank you to Deuce Richardson without whom I never would have found my way. Minor editorial changes have been made in some cases to the original text. 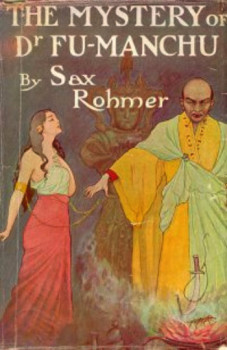 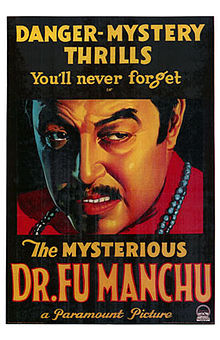 “The Clue of the Pigtail” was the second installment of Sax Rohmer’s serial, Fu-Manchu. It was first published in The Story-Teller in November 1912. It would later comprise Chapters 4-6 of the novel, The Mystery of Dr. Fu-Manchu [US title: The Insidious Dr. Fu-Manchu] published the following year. Rohmer makes a drastic switch from the weird menace of “The Zayat Kiss” to a more traditional Yellow Peril storyline. The influence of Sir Arthur Conan Doyle’s Sherlock Holmes mysteries is much less pronounced the second time around. This episode and the one that immediately follows it (“Redmoat” which we will examine in greater detail next time) see Rohmer instead delve deeper into the background of his Yellow Peril mystery. This transition is a necessary one to provide Dr. Fu-Manchu with a plausible motive for the weird deaths he was directing against his political enemies in the first story.

Most critics cite the Boxer Uprising of 1900 as the beginning of Yellow Peril fiction. While that inaugural international conflict of the 20th Century certainly did much to incite reader interest, Yellow Peril stories had existed prior to the series of massacres of Western missionaries that would ultimately spell the end of the Manchu Dynasty and be responsible for much of the ideological and socio-political transformation of the globe in the last century. A brief overview of the most prominent Yellow Peril stories prior to Sax Rohmer’s introduction of Dr. Fu-Manchu may prove beneficial. 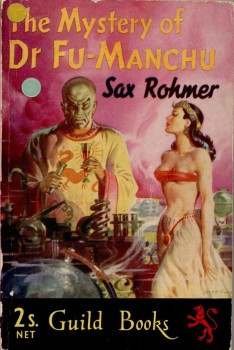 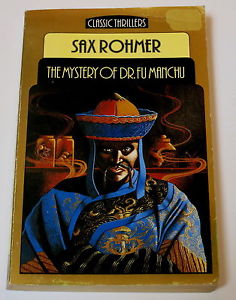 Robert W. Chambers’ 1896 story, “The Maker of Moons” turned Yue-Laou (Chinese folklore’s Man in the Moon who watches over lovers fated to be together) into a villainous sorcerer, leader of the secret society, the Kuen-Yuin. Yue-Laou became the first Yellow Peril villain to make an impact on Western readers. Interestingly, Chambers’ interpretation of Yue-Laou is not only ignorant of Chinese culture in its misrepresentation of their folklore, but also in its portrayal of Chinese people. As Yellow Peril fiction took root and began to thrive, it did so on the fear that Asians posed a threat unique among non-Christian peoples in that they could not be condescended to as aboriginal people from undeveloped countries. The imperialist nations of the West were at once in awe of and intimidated by the Chinese.

The role prophetic fiction played in the development of the Yellow Peril sub-genre is nearly forgotten today. M. P. Shiel’s The Yellow Danger (1898) and The Yellow Wave (1906) and Vladimir Solovyov’s “A Short History of the Anti-Christ” (despite the title, most assuredly a Yellow Peril story in the truest sense) are just a few excellent examples of how the threat of Eastern nations uniting to overwhelm the West seemed as if it could have been ripped from newspaper headlines of the day. By the time of the Boxer Uprising, Shiel and Solovyov seemed positively prescient. Rohmer himself would ultimately mine this same territory, albeit many years later and with a decidedly Middle Eastern flavor, in The Mask of Fu Manchu (1932).

Albert Dorrington’s Yellow Peril thriller, The Radium Terrors (1910) with the fiendish, but brilliant Dr. Tsarka with his seductive daughter by his side provides as essential a link to Dr. Fu-Manchu (and, by extension, Alex Raymond’s Ming the Merciless from Flash Gordon) as Guy Boothby’s Dr. Nikola and Conan Doyle’s Professor Moriarty. The gleaming omission from this survey of literary influences and the one most commonly associated with Dr. Fu-Manchu is Hanoi Shan. Purported to be a Chinese criminal mastermind who controlled the Apache street gangs in Paris in the first decade of the last century, the truth of the matter is that criminologist H. Ashton Wolfe who chronicled Hanoi Shan’s exploits in three short stories (“The Suicide Room” and “The Scented Death” appeared in Warped in the Making: Crimes of Love and Hate (1927) and “Kiki: A Tale of Hanoi Shan, the Spider” appeared in 1930’s The Thrill of Evil) was likely more influenced by Sax Rohmer’s fiction than the reverse. Rohmer’s insistence that Dr. Fu-Manchu had a real-life counterpart (who not coincidentally shared the name of Mr. King with the villains of two of Rohmer’s non-series novels, The Yellow Claw (1915) and 1932’s Yu’an Hee-See Laughs) is likely more an example of Rohmer’s penchant for storytelling than it is reflective of reality. The many variations in Rohmer’s first person accounts over the years of this alleged real-life brush with a Chinese crime lord are proof of this if nothing else. 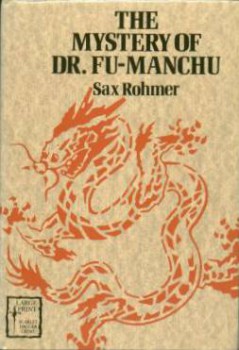 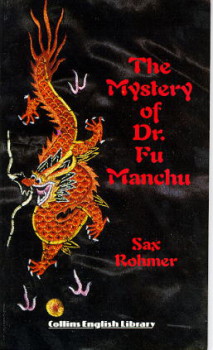 “The Clue of the Pigtail” is an entertaining yarn and certainly a cut above traditional Limehouse stories thanks to Rohmer’s skills as a writer. Rohmer closely adheres to the formula from “The Zayat Kiss” in opening with a domestic scene of Nayland Smith and Dr. Petrie reading the evening paper when a call from Inspector Weymouth pulls them out of the normal and into the outré. A series of bizarre deaths in London’s Limehouse district leave a series of corpses with missing fingers. One of the Chinese victims turns out to be Cadby, an undercover Scotland Yard man. It is Cadby’s tragedy that sets the action in motion. Smith and Petrie pay a visit to Shen-Yan’s barber shop – a front for an opium den, of course disguised as Cockney sailors with a taste for the poppy. Shen-Yan’s is straight out of De Quincey’s fanciful Confessions of an English Opium-Eater (a classic work from 1821 that Rohmer will draw more heavily upon for his aforementioned novel, The Yellow Claw written two years later).

Rohmer’s depiction of Limehouse succeeds so masterfully because of the transition from clichéd Chinese speaking Pidgin English to our first glimpse of Dr. Fu-Manchu in all his glory. It is essential that Rohmer adhere to form in presenting the first Chinese in the story as stereotypical characters with little command of English language and customs that are only too willing to accept bullying and abuse (provided their clients’ money is good) before presenting us with Dr. Fu-Manchu. Instantly the reader knows that Smith and Petrie are outclassed. The Devil Doctor is more intelligent and cunning than they could ever hope to be. His age and physical infirmity stand in sharp contrast with the heroes’ youth and relative inexperience making him an even more intimidating opponent.

Rohmer continues the tradition he started in “The Zayat Kiss” by making Smith and Petrie’s survival dependent upon the willingness of Fu-Manchu’s servant to betray her master for her love of Dr. Petrie. Karamaneh is still nameless in this second adventure, but Rohmer goes to pains to make it as clear as possible given the strictures of his day, the nature of her relationship with poor unfortunate Cadby. The disapproval of the Scotland Yard man’s motherly landlady tells the reader all they need to know. The girl who loves Petrie, the girl the dull suburban doctor is quickly becoming infatuated with, the girl Nayland Smith sets free despite the knowledge of her crimes, is no English rose. Karamaneh is an exciting, exotic girl from the East. She is not free, but she offers the promise of pleasures that Petrie, like Rohmer and his readers cannot possibly resist. Karamaneh, like her master, repulses and attracts the reader in equal measure and soon the balance is tipped so that one merely wishes for Smith and Petrie to cheat death, but never end the threat of Fu-Manchu. The prospect of a world without these enticing, diverting foreign “devils” is one scarcely worth considering.

I made a post on my Blog a while ago theorizing on an overlooked connection between Dracula and Yellow Peril.

You say that “A short history of the Antichrist” is a yellow Peril story in spite of it’s name. Recently Christian theories about the Antichrist have become very Oriental thanks to Islamoparanoia.