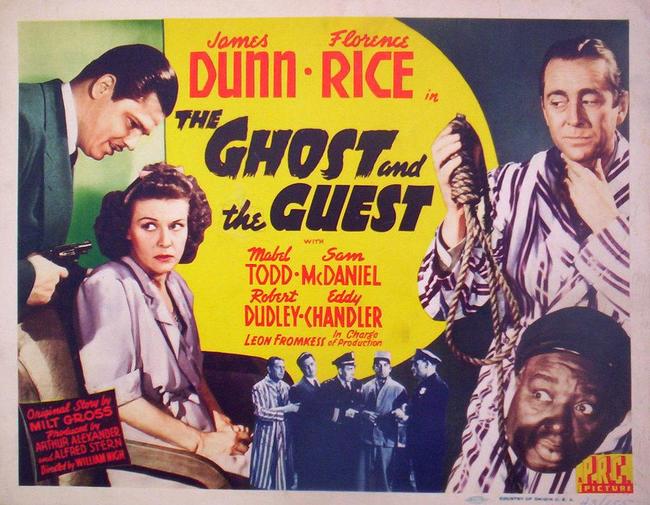 The Ghost and the Guest
PRC Pictures, 1943
Directed by William Nigh

Stop me if you’ve heard this one. A decrepit old mansion that appears to be haunted. A pair of newlyweds move in and by the time it’s all said and done, we find out that the mansion is actually a hub for some nefarious criminal type dudes.

This was not a particularly fresh concept, even in 1943, and the execution leaves more than a bit to be desired. To call it a B-movie is probably elevating it to a much higher status than it deserves. I’m not sure if there’s such a thing a Z movie but this one’s no better than a V, at best.

The most notable factoid about this uninspired piece of work is that it was written by none other than Morey Amsterdam, best known for his role as one of the sidekicks on The Dick Van Dyke Show. His comic stylings, even at that time, were probably kind of old school, but he made it work with superior timing and delivery. None of which is on display from any of the alleged thespians in this particular cinematic exercise, where the comedy — and pretty much everything else — leaves a lot to be desired. 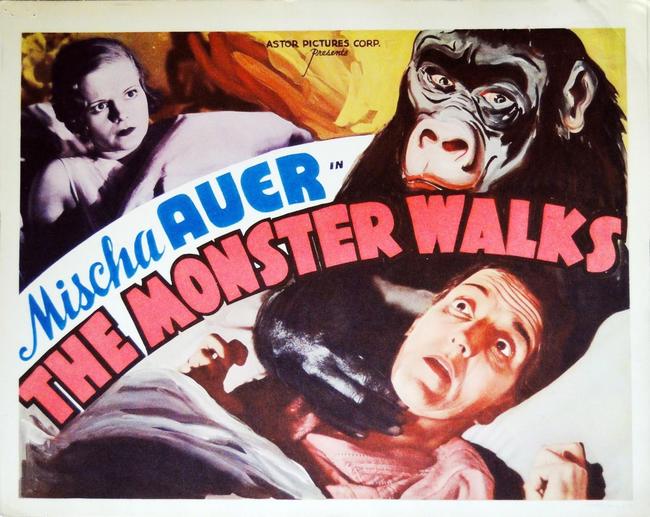 Stop me if you’ve heard this one. Old dark house. Stormy night (a storm that’s curiously intermittent, for some reason). A gang of people gathered for the reading of the will of some rich old coot. A gorilla chained up in the basement.

That could probably describe any number of old movies, but this time around its the premise of The Monster Walks, a fairly unexceptional entry in the annals of old dark houseness.

Quite a few of these type flicks try to liven up the proceedings with a dash of humor here and there and some go all out, providing mostly comedy with a smattering of halfhearted horror. Not so for The Monster Walks, which is about as humorless as they come. Oh, and there’s not much in the way of horror either. Or suspense. Or pretty much anything that would capture the viewer’s attention. For that matter, there’s not even a monster walking. So much for truth in advertising.

If I could describe this movie with just one word I’d go with glacial, as in the entire production, sets, actors and whatnot seemed as if they’d been frozen in an iceberg. Which would make perfect sense if you’ve actually seen the movie. I don’t recommend it.

William I. Lengeman III’s last article for us was The Lost World: A Classic Sixties SF Blockbuster. He holds forth at www.wileng3.com.