For the past three years Chris A. Jackson, author of The Warcaster Chronicles, has been writing an ambitious fantasy saga for the Pathfinder Tales line, featuring pirate captain Torius Vin and his snake-bodied naga navigator Celeste, who forsake pirating to chase slave galleys and set the prisoners free. According to his bio, Jackson is a marine biologist who, with his wife Anne, has lived on a 45-foot sailboat since 2009, cruising the Caribbean and writing full time. Sounds like an ideal lifestyle to write pirate sagas to me.

The series began in 2013 with Pirate’s Promise, and the third volume, Pirate’s Prophecy, will be released next week from Tor. 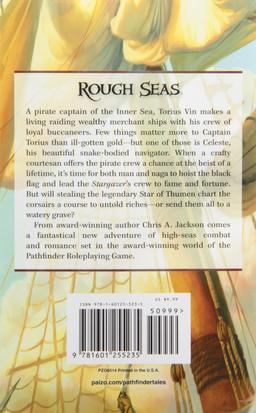 Here’s the description for Pirate’s Honor:

A pirate captain of the Inner Sea, Torius Vin makes a living raiding wealthy merchant ships with his crew of loyal buccaneers. Few things matter more to Captain Torius than ill-gotten gold-but one of those is Celeste, his beautiful snake-bodied navigator. When a crafty courtesan offers the pirate crew a chance at the heist of a lifetime, it’s time for both man and naga to hoist the black flag and lead the Stargazer’s crew to fame and fortune. But will stealing the legendary Star of Thumen chart the corsairs a course to untold riches-or send them all to a watery grave?

From award-winning author Chris A. Jackson comes a fantastical new adventure of high-seas combat and romance set in the award-winning world of the Pathfinder Roleplaying Game.

Torius Vin is perfectly happy with his life as a pirate captain, sailing the Inner Sea with a bold crew of buccaneers and Celeste, his snake-bodied navigator and one true love. Yet all that changes when his sometime friend Vreva Jhafae — a high-powered courtesan and abolitionist spy in the slaver stronghold of Okeno — draws him into her shadowy network of secret agents. Caught between the slavers he hates and a navy that sees him as a criminal, can Torius continue to choose the path of piracy? Or will he sign on as a privateer, bringing freedom to others — at the price of his own?

From critically acclaimed author Chris A. Jackson comes a fantastical tale of love, espionage, and high-seas adventure, set in the award-winning world of the Pathfinder Roleplaying Game. 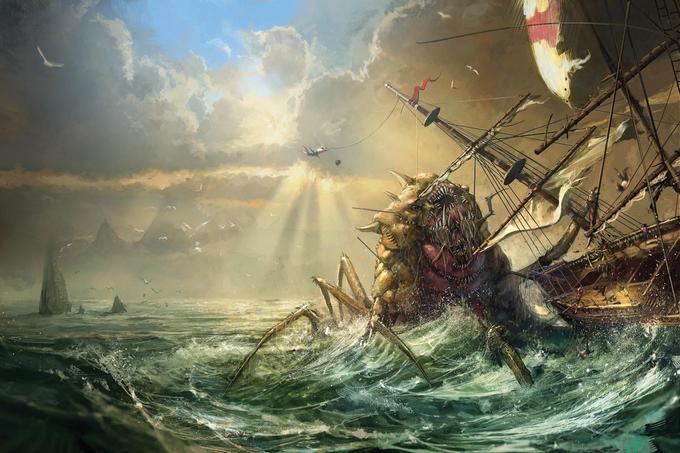 Hell on the High Seas!

Captain Torius Vin has given up the pirate life in order to bring freedom to others. Along with his loyal crew and Celeste, the ship’s snake-bodied navigator and Torius’s one true love, the captain of the Stargazer uses a lifetime of piratical tricks to capture slave galleys and set the prisoners free. But when the crew’s old friend and secret agent Vreva Jhafe uncovers rumors of a terrifying new magical weapon in devil-ruled Cheliax — one capable of wiping the abolitionist nation of Andoran off the map — will even their combined forces be enough to stop a navy backed by Hell itself?

From award-winning novelist Chris A. Jackson comes a tale of magic, mayhem, and nautical adventure, set in the vibrant world of the Pathfinder Roleplaying Game.

This sounds like a series I’d enjoy, but darn it, I have so many, many books lined up to read, including a tall stack of short story collections for February, that I’m unlikely ever to get to it. Damn and Blast!

I think that’s the definition of a “high class problem.”

What short story collections have you got on deck?