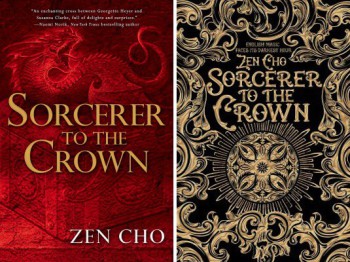 You know, way back when, I had such MASTERFUL IDEAS for this ongoing Book Pairings blog. I had A List. It was great.

Unfortunately, I texted it to John O’Neill Once Upon a Hallowed Age, and then promptly forgot all about it. Sneaking back up to the idea now, I realize that I read all those books Oh So Very Long Ago, and I’d have to read them all over again in order to do the pairings properly.

Not that it would be a bad thing… 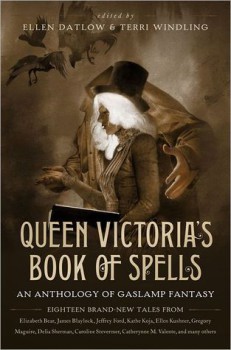 I’d gotten off to a pretty good start with my first book pairing, which compared Ancillary Justice and Cordelia’s Honor, and my second, when I stood an anthology called Queen Victoria’s Book of Spells side by side with Sharon Shinn’s Royal Airs.

They were BRILLIANT! And long. And then I sort of… pooped out.

I dunno. I got busy. New job. Crowdfunded for/put together a couple of EPs. Short story collection came out. Where did 2015 GO anyway?

But recently, I read this BEAUTIFUL book– and it reminded me of this OTHER great book, and I just had to write about them.

You know they’re good when you HAVE to write about ’em, right?

Okay! Okay! Since all y’all at Black Gate love your Sword and Sorcery, OH HEAVENS TO MURGATROID, have I got a pairing for you!

One of each. One Sword. One Sorcery. Full of WOMEN! And WIT! And SUBVERSIVE WORLD VIEWS! And, oh, yes — LE ROMANCE, MES PETITES!!!

Sorcerer to the Crown, by Zen Cho. And My Beautiful Enemy, by Sherry Thomas. 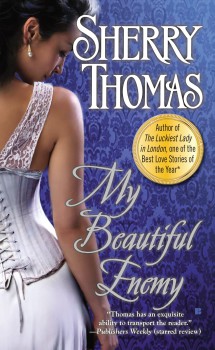 Now, I know. I know. You’ll look up Sherry Thomas’s My Beautiful Enemy and see that it’s BOOK 2 of the Heart of the Blade series, the first being The Hidden Blade. Which is also AWESOME. And doubtless, after reading these two books, you’ll want to go and read her YA fantasy series The Elemental Trilogy. Who am I to stop you? And if that isn’t enough to SLAKE YOUR SAVAGE THIRST, there are always her VERY HOT REGENCY ROMANCES.

But, as is often the way of these tales, I READ THE SECOND BOOK FIRST. So we’ll go with that one.

(I’m always reading books out of order. Not on purpose but not always NOT on purpose either. Because I like the way a jumbled series make sense RETROACTIVELY, like I’m in SpecOps 27 or something, collaborating with the ChronoGuard to investigate a literary crime, trying to put the whole great broken jigsaw puzzle of a series together until the whole timeline makes sense. And maybe it’s part and parcel with the way I really like spoilers in movies — to the point of calling them “spicers” — but maybe it isn’t. Anyway, I’m not here to psychoanalyze my reading habits. To each her own.) 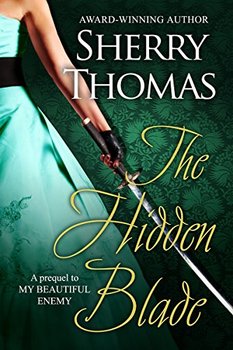 My Beautiful Enemy follows Catherine Blade, AKA Ying-Ying, and her quest to recover sacred artifacts stolen from China and taken into England. It’s been eight years since her love affair with English spy Leighton Atwood, and now he’s gone and affianced himself to a giggling English miss, and is all set to “indulge in the felicity / of unbounded domesticity,” as Gilbert and Sullivan famously wrote. That’s okay. Catherine’s cool about it. She’s got some Shaolin martial arts to kick ass with, and theirs was a DOOMED LOVE ANYWAY…

Now, My Beautiful Enemy and its prequel are sold as historical romances. And believe me, you get that too. The thing is, you also get all the fight choreography, delicate beauty, and soaring geography of Crouching Tiger, Hidden Dragon, and as far as I’m concerned, SHERRY THOMAS, YOU CAN’T GO WRONG! Am total fan girl. Delicious! 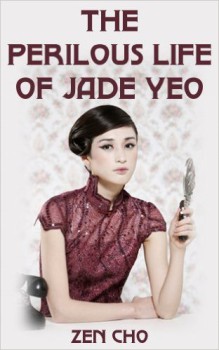 And as for The Sorcerer to the Crown.

Zen Cho, Zen Cho, where have you BEEN all my life?

My first exposure to Zen Cho’s writing was when my friend — writer, editor, podcaster, narrator — the FABOOSH Julia Rios (AKA “Voice of the Rainbow”) sent me a wee Amazon gifty to my Kindle, called “The Perilous Life of Jade Yeo.” It’s the 1920’s. It’s post-WWI England. It’s a lady journalist coming into her own. It, too, masquerades as a romance… But it’s a romance the way Dodie Smith’s I Capture the Castle, and Stella Gibbons’ Cold Comfort Farm might also fall under that category. A fine category and broad, The Love Story.

Anyway, I fell in love with the novella. And meantime, Zen Cho’s sweeping the genre community with her short fiction. (All of which I must read, like, YESTERDAY!) And then…

Then I read Sorcerer to the Crown.

In fact, I just finished it yesterday — to my great sorrow — and returned it to the library today.

I comfort myself thinking it will still be there when I get the itch to RE-READ IT, snatching it out of the drooling jaws of other fans who want a chance to revel in her 19th century England–which she re-tints and re-thinks and re-facets until suddenly, it’s not ONLY this hoity-toity white-washed place of power and privilege (well, it is — but the author is AWARE it is), but ALSO an utterly charming, historically complex, linguistically authentic, globally aware, and STILL AWFULLY SWASHBUCKLY AND FAIRY-CROWDED melting pot of a metropolitan London — with vampires, familiars, a weary and tormented Sorcerer Royal, a spunky, morally ambiguous maid with magic fair spilling out of her, and THE MOST AMAZING old witch named Mak Genggang.

It’s so good. Yes. That’s about what I have to say about that.

The other articles in the Book Pairings series include: 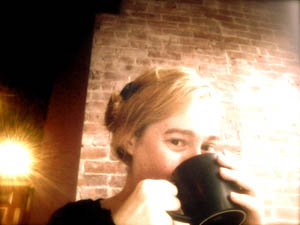 C. S. E. Cooney is a Rhode Island writer and actor. She is the author of The Witch in the Almond Tree, and The Breaker Queen. Her first short fiction collection Bone Swans was published by Mythic Delirium in 2015.

She loves to read aloud to anyone who will sit still long enough to listen. Some of her narration work can be found on Podcastle and Tales to Terrify.

With her fellow artists in the Banjo Apocalypse Crinoline Troubadours, C. S. E. Cooney appears at conventions and other venues, singing from their growing collection of Distant Star Ballads, dramatizing fiction, and performing such story-poems as “The Sea King’s Second Bride,” for which she won the Rhysling Award in 2011. Cooney made her debut as an Uncanny Magazine Podcast reader in Episode 3 this January.