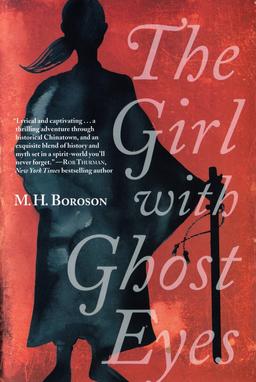 Here’s a great problem to have:

Your first novel just appeared in bookstores a couple weeks ago, and you’re getting ready to host an author event. It’ll be a night of martial arts movies that inspired your story of a Daoist exorcist priestess battling malevolent ghosts in 1890’s San Francisco Chinatown. You’ll have a full house. You’re all set to give opening remarks, to field questions, and to sign autographs. Lots and lots of autographs. There’s just one problem.

The book has sold out.

Not just at all your local bookstores. Not just at the local warehouses of the big distributors. At the offices of the press that published you, and at all of Amazon, too.

Your word of mouth is so strong, an entire print run’s worth of readers couldn’t wait for author events or the holidays. They had to have your book right now. Your publisher is scrambling to print a second run to satisfy all that glorious demand, but it won’t come in time for this night’s autographing.

Man, I would love to have a problem like that. But if it couldn’t happen to me, I’m delighted that it did happen to my longtime friend M.H. Boroson.

I want to tell everybody at Black Gate how awesome The Girl with Ghost Eyes is, but I can’t pretend to objectivity about this book or its author. How can I be objective about a friend who’s been important to me since we met at 14 in a writing summer camp? I’ll have to let Publishers Weekly, and all those other review outlets that are notoriously stingy with starred reviews, do that whole objectivity thing in my stead. Brilliant, dazzling, wonderful, thrilling, say various objective reviewers who haven’t known Matthew for two-thirds of their lives. Glad they got that all those adjectives checked off for me, because really, those words do belong in any review of The Girl with Ghost Eyes.

What I can do is tell the readers who gather here why this book they might not immediately realize is for them is exactly the kind of book Black Gate readers love.

We’re connoisseurs of kickass combat scenes, eldritch lore, and victories won at terrible, unpredictable price. We want our heroes unabashedly heroic and morally complicated at the same time. Add a decade or more of research on the author’s part, distilled to the most concentrated and carefully placed drops, and a well-timed sense of humor, and you’ve got the recipe for the perfect Black Gate book. We’re a varied bunch, and each of us has tastes that extend in other directions, too, but this is the common ground.

We also like to see fresh twists on all those storytelling virtues. If you’ve watched a lot of Hong Kong action movies, you may have seen the weapons Li-lin bears into battle against monsters and villains, but you’ve never been invited into the mysteries behind those armaments like this:

Maoshan isn’t like other traditions. We are ghost hunters, spirit mediums, and exorcists. When creatures out of nightmare trouble Chinatown, people come to the Maoshan for protection. With paper talismans we drive away the spirits, with magic gourds we imprison them, with peachwood swords we destroy them. People fear those who live at the border of the spirit world. They say a haunt of death taints us. They might be right.

Li-lin’s family has protected the world of the living from the spirit world for generations. Most Daoist priests and priestesses take it on faith that their rituals work — they can’t literally see the spirit world and the efficacy of their magic. Li-lin can, though. She has yin eyes, ghost eyes, a visionary ability that appalls her father and would disgust her trusting neighbors if they knew. 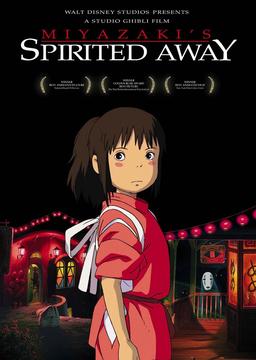 Although the spirit world she travels is distinctively Chinese, for many of us it’s probably helpful to say that the feel of that spirit world owes a great deal to Miyazaki’s films, especially Spirited Away. One key difference is that our hero enters that world with enough knowledge to tell when she’s over her head, and enough power to make interesting mistakes and work her way to well-earned victories. She’s no newcomer. The spirit characters who become Li-lin’s companions are charming and disturbing — often both at once. The walking, talking eyeball spirit has become one of my favorite characters ever. Perhaps the silliest of the many reasons I hope so fervently to see a film adaptation of The Girl with Ghost Eyes — and it’s a reason many Black Gate readers will regard with nostalgic sympathy — is that I really want an eyeball spirit action figure.

The mundane world Li-lin travels feels anything but mundane. Her Chinatown is intensely vivid in all the senses, and faithful to its historical juxtapositions of Chinese and American elements in a distinctly nineteenth century wider world. Boroson does an amazing job of showing how the social constraints binding Chinatown warp relations between different groups, while still treating every single character as an individual with his or her own reasons. The Chinese immigrants and the white residents of San Francisco stereotype each other. The many divisions within Chinatown of region, ethnicity, language, and worldview give rise to conflict, too. Men and women make assumptions about one another, and those assumptions sometimes stick even when spectacularly confounded. Even so, Li-lin finds something worth understanding in everyone she meets, including her deadliest enemies.

Devoted daughter, faithful widow, compassionate protector of Chinatown, Li-lin must conceal her rarest talent, lest she shame everyone she loves. Long practice at concealment, combined with the necessity of bending rules and stories if she’s to be effective in a world where even a warrior priestess is expected to show deference to men and elders no matter what, has prepared her almost too well for the mystery she must solve.

Someone wants her father dead. That someone wants it enough to lay trap after trap for her family. Bad magic is on its way, of the kind only the Maoshan can stop.

Li-Lin and her ghost eyes save Chinatown, don’t you doubt it.

She’ll keep you guessing, though, at how she’ll pull it off. On the way to a boss fight we’d all love to see on the big screen, Li-lin will find astonishing allies, weather staggering betrayals, and keep promises she never thought she’d make, with results she never saw coming. Her life will change forever.

All I know about the sequel is that there will be one. If we’re all very lucky, there will be many. I can say the set-up for the next volume of Li-lin’s adventures gives a satisfying sense of closure to the part of her life we’ve seen her through, while opening her story out into the wider life of her city and her times. I can’t wait to see where Matthew takes this series next.

Sarah Avery won the 2015 Mythopoeic Fantasy Award for her novella collection, Tales from Rugosa Coven. The Trafficking in Magic, Magicking in Traffic anthology she coedited with David Sklar includes stories by James Enge, Elizabeth Bear, and Darrell Schweitzer. Her own short stories have appeared Jim Baen’s Universe, Fantasy Scroll Magazine, and the last print issue of Black Gate. Sarah’s an escaped academic who survived earning a Ph.D. in English literature, and an ambivalently entrepreneurial private tutor. You can keep up with her at her website, sarahavery.com and follow her on Twitter.