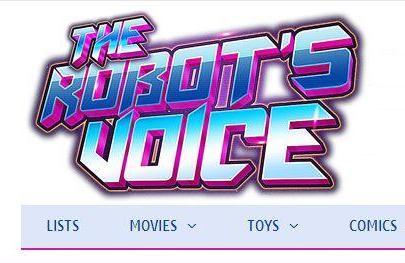 It hasn’t been a good month to be a genre media site.

Less than a month after io9 announced it would be absorbed by Gizmodo, pop-media site The Robot’s Voice (formerly Topless Robot) abruptly announced late yesterday that was shuttering its doors. In his goodbye message, “So Long, and Thanks For All the WHOSE RESPONSIBLE THIS,” editor Luke Y. Thompson wrote:

I’ve given this site formerly known as Topless Robot three years of my life and hard work, and I wouldn’t trade them. I hoped that covering the subjects and culture that I love would sustain the site. For three years, it has — the three years it took to make The Force Awakens, no less. But all things must end. Today is the The Robot’s Voice’s final day of publication. After years of trying, we couldn’t make this work financially…

To my competition in the nerd-blogging world: I was mostly a one-man show, and I managed to go toe-to-toe with all of you for three years. That’s not too bad, right?

I don’t know where I’ll land next. I own a couple of URLs that I might use to start a project of my own, and no doubt somebody can put me to work writing about movies somewhere.

Topless Robot was founded in 2008 by Rob Bricken and Bill Jensen, and was renamed The Robot’s Voice in September 2015 in an attempt to become more mainstream. It is owned by Village Voice Media, the holding company that once owned The Village Voice. Read Thompson’s goodbye message here.

It’s unfortunate, but not surprising. It was never the same with the change in ownership/management, and the frequency of posting has been steadily declining over the last few months. Still, always sad to see a genre source go.

Agreed. I didn’t venture to TR/TRV very often, but when I did I always found it had a unique voice, and quality writing.