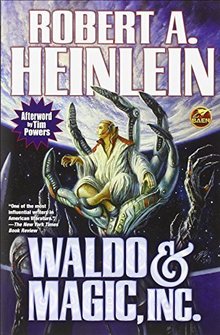 One of the details that made Richard Lester’s The Three Musketeers so unusual at the time of its filming (1973) was a level of realism previously unseen in the historical adventure movie, (think Errol Flynn’s The Adventures of Robin Hood). Lester showed us illness, filth, and poverty in  ways we hadn’t really seen in a movie that wasn’t about illness, filth, or poverty.

Aside: Oddly enough, there’s more realism of this kind in comedy than in any other genre, as though it’s okay to present disease and disfigurement in a way that make us laugh. (Disclaimer: the psychological basis of laughter is not the focus of this post)

Blade Runner did a similar kind of thing for SF movies. Maybe it wasn’t the first time we’d been shown a dark future, but it certainly was the first time we’d been shown one that wasn’t clean.  We may argue that George Lucas did it first, in the original Star Wars movie, where Luke was driving what was obviously a used flying car. (And that’s my Star Wars reference for today.) 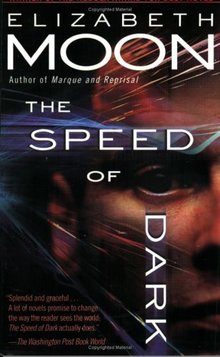 Both The Three Musketeers and Bladerunner are also examples of realities in which there is illness, but we’re still talking about background here, part of the world building process that every writer goes through. Very rarely does a Fantasy or SF novel deal directly with illness or disease as the central problem of the protagonist. (Poverty’s a different issue, as that’s often used as the main character’s motivation. See: every fairy tale that exists.)

One of the first stories I remember reading that did focus on a main character’s illness was Robert Heinlein’s Waldo (1950), where the eponymous protagonist suffered from myasthenia gravis.  His disability – plus a high IQ – motivates him to become an engineering genius, and eventually an opportunity for a cure pushes him to solve the central problem of the story.

In Elizabeth Moon’s The Speed of Dark (2002), the protagonist, Lou, is autistic. Though he’s comfortable with his present life, he’s offered the chance to undergo an experimental treatment that would make him more “normal” without, it’s hoped, interfering with his mathematical and analytical talent. Unlike Waldo, however, it isn’t the desire to be “normal” that motivates Lou to change his situation, but the desire to go to space. 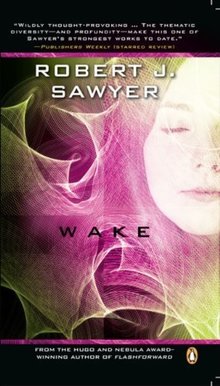 In Robert Sawyer’s WWW trilogy, made up of Wake (2009), Watch and Wonder, the protagonist is blind. The story isn’t primarily about Caitlin’s blindness, however, nor even about the scientific breakthroughs that allow her to see. Rather, Caitlin’s struggle to come to terms with a new ability, and her new awareness of the world, informs the larger story, as through Caitlin a different entity learns to deal with its new abilities, and new awareness.

But I think there can be such a thing as too much realism. I’m not a big fan of Mitch Cullen’s A Slight Trick of the Mind, for example, which depicts Sherlock Holmes in the beginning stages of Alzheimer’s.  Ditto for the couple of stories in the brilliant anthology License Expired: the Unauthorized James Bond, which show a James Bond who’s aged in real time. They’re all excellent stories, and wonderful pieces of writing, they’re just not for me. However real it might be to age an iconic character, if that aging removes what makes the character iconic, to me, you’re just writing about someone else.

Oh, and a merry christmas to you all.

Violette Malan is the author of the Dhulyn and Parno series of sword and sorcery adventures (now available in omnibus editions), as well as the Mirror Lands series of primary world fantasies. As VM Escalada, she is writing the upcoming Halls of Law series. Find her on Facebook and follow her on Twitter @VioletteMalan..