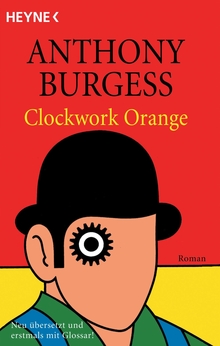 It was back when I was teaching a course on satire that I understood for the first time the true importance of characters’ names, and the titles of books. It’s more obvious, perhaps, in a satirical work than in any other, but names – whether of people or novels – are vitally important.

It behooves us as writers to pay them great attention.

To illustrate what I mean, let me show you an example from a satirical work that’s also considered SF, Anthony Burgess’ Clockwork Orange. What’s the significance of the title? We all know what an orange is, don’t we? A type of citrus fruit that grows in semi-tropical areas, which can be eaten, or made into juice, or marmalade or some other specimen of usefulness.

We all know what a clockwork is. A mechanism designed and built by humans to run other items or machines, initially clocks (hence the name), but subsequently a variety of other things. On a large scale, they could run factories, on a small scale, toys. We still find people who would say  a “wind-up” or “clockwork” toy, particularly a “clockwork man.” 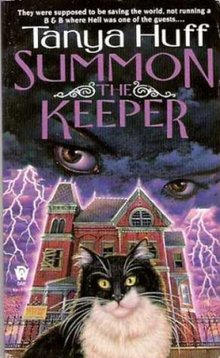 We don’t use clockworks much anymore – not even for clocks – but you can see how useful they once were.

So. A clockwork orange. It looks like an orange. Maybe it’s got a wind-up key. You wind it up and you’ve got… a completely useless orange. You can’t eat it or make juice out of it.

Worse, you’ve not only ruined the orange, you’ve ruined the clockwork, because it doesn’t make anything run, which is the fundamental purpose of clockwork. The concept of a clockwork orange illustrates that the application of useful technology to useful natural objects doesn’t always result in something useful. In fact, it can ruin both the orange, and the clockwork.

A clockwork orange is a thing that’s useless, that doesn’t work. It I leave it as an exercise for the student to determine why Burgess chose it as the title for his novel, and what, or who, it stands for, in the satirical scheme of things.

The principle of being careful about what you call your books (and their characters) has other, non-satirical implications. Tanya Huff, for example, wanted to call her novel Summon the Keeper, “No Rune at the Inn.” This is in part because that’s the way she rolls, and in part because, let’s face it, that’s a great title. But, her editor, the wonderful and puissant Sheila Gilbert, said, “No.” 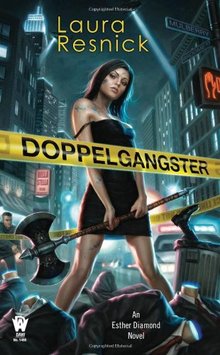 Why not, you (and the rest of us) ask? Because with the title “No Rune at the Inn” the reader would expect a humorous novel – in tone and in intention. Something along the lines of a Robert Asprin novel, or something by Terry Pratchett, or perhaps one of Laura Resnick’s Esther Diamond novels, like Doppelgangster, or Vamparazzi.

And the thing is, that while Summon the Keeper has moments of great hilarity, they are only moments. The novel is set in a version of the real world (Kingston, Ontario, to be exact), but not a version that is heightened, or exaggerated in a humorous way. Great as it is, “No Rune at the Inn” just wasn’t the right title for this particular novel.

Just as, in my case, “Beat As One” wasn’t the right title for what became The Mirror Prince.

A final thought. We all know what a “catch 22” is. You know what’s scary about the title Catch 22? It tells you right away that there are 21 other catches.

Violette Malan is the author of the Dhulyn and Parno series of sword and sorcery adventures (now available in omnibus editions),  as well as the Mirror Lands series of primary world fantasies. As VM Escalada, she is writing the upcoming Halls of Law series. Find her on Facebook and follow her on Twitter @VioletteMalan..

I don’t get it. Why does No Rune at the Inn sound like a funny book?

I was really quite impressed by the titles of the stories in the first two Witcher books. They make a lot of sense but only by the very end of the story.

Huh, I always just thought of “A Clockwork Orange,” if I ascribed any meaning to the title at all, as having an unusual but not impossible (even in English) reversal of the standard adjective-noun order. Given how much Burgess plays with language in the novel anyway, it certainly doesn’t seem impossible.

I’ve read no real literary criticism of the work before though, so I’d never put much real thought into it.

“I don’t think I have to remind readers what the title means. Clockwork oranges don’t exist, except in the speech of old Londoners. The image was a bizarre one, always used for a bizarre thing. “He’s a queer as a clockwork orange” meant he was queer to the limit of queerness. It did not primarily denote homosexuality, though a queer, before restrictive legislation came in, was a term used for a member of the inverted fraternity. Europeans who translated the title as Arancia a Orologeria or Orange Mecanique could not understand its Cockney resonance and they assumed it meant a hand grenade, a cheaper kind of explosive pineapple. I meant it to stand for the application of a mechanistic morality to a living organism oozing with juice and sweetness.”

-Anthony Burgess, in his 1986 forward to the first complete American edition, restoring the “lost” (in the USA) 21st Chapter.

Of course, as eeknight has demonstrated, it always helps to have commentary from the authors themselves. 😉