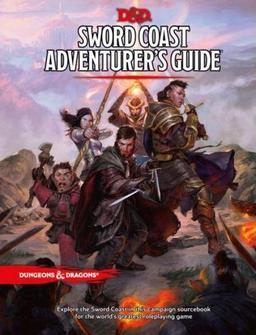 By the time Forgotten Realms hit bookstore shelves in 1987 I was off to college and long absent from Dungeons & Dragons. I never played 2nd Edition, nor leafed through Unearthed Arcana, and while I saw the books and occasionally glimpsed a Forgotten Realms novel, I never read one. It wasn’t that I thought myself too good for gaming, it was just that I’d moved on to other systems.

It was years before I returned to appreciate the simpler, archetypal approach to character creation and streamlined combat as presented in Castles & Crusades and in true retro-clones like Swords & Wizardry and Labyrinth Lord. The idea behind them was that the 3.0 and after D&D engine had become encumbered with all sorts of add-ons that bogged down character creation, combat, and play. Having tried to run some of the newer iterations of the game I found myself in sympathy with that philosophy, because for me the story creation got lost in all the rules.

5th Edition Dungeons & Dragons took a lot of what had come before and re-presented it, with innovation and re-organization and a lot of care. It made all those cumbersome feats and skills and fiddly combat bits optional or streamlined (or jettisoned them), which impressed me. I’m still using other systems, but I like what I’ve seen enough that I’ll probably try running it some time.

All that pre-amble is to say I may be the perfect audience for this new Sword Coast Adventurer’s Guide, because I’m familiar with Dungeons & Dragons and partial to the new game but know almost nothing about the Forgotten Realms or the Sword Coast that’s one of its regions. 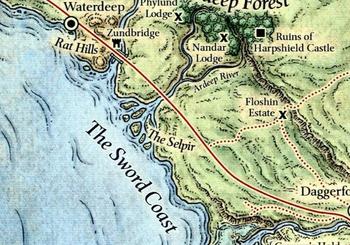 The Adventurer’s Guide is a lovely book, starting with the cover and continuing through every art spread. The text is presented in two columns, with frequent sidebars, maps, and illustrations of creatures and objects. All the space is put to good use, meaning that there’s not a lot of pointless white space, yet it’s not so cramped that it’s hard reading on aging eyes. Not that I have any of those.

It’s presented in a refreshingly logical way, starting first with a personable introduction to the Forgotten Realms, then a wide overview of the region and its inhabitants before the text drills down into details. Roughly 100 of the 157 (not counting back matter) pages are given over to the individual places, with handy sidebars for topics as diverse as coins of the realms, famed ruins, dwarves strongholds, and the like. Refreshingly, these useful sidebars are actually listed in the table of contents so that game masters don’t have to flip through the book trying to find that important tidbit. 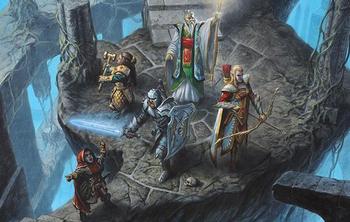 Following that are about 20 pages given over to different player character races of the Realms and what distinguishes them from the player character races in the core 5th edition Dungeons & Dragons book. This is naturally followed by 20 pages or so devoted to different class builds — i.e. different ways that the traditional character classes are handled in the Sword Coast as opposed to standard D&D. I’m more interested in world building than mechanics, so these 20 pages interest me far less than the first 100… however I know that the nitty gritty appeals to some, so I’ll try to give you a sense of what they cover. 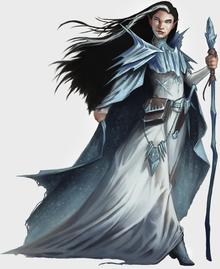 Mostly the character mechanic options have more to do with archetypes, traditions, and paths, meaning that if you’re playing a fighter on the Sword Coast you might choose to be one of the elite Purple Dragons; your character would have some additional feats available that normal fighters don’t. Sorcerers have an additional Sorcerous Origin option. There also are guidelines to role-playing a member of different organizations. For example, it’s suggested that  Monks of the Way of the Long Death are obsessed with the meaning and mechanics of dying.

Perhaps most interesting of all, to enhance character creation and to ground it even more firmly in The Sword Coast, 10 pages are given over to new character backgrounds. These are all nicely done and provide inspiration for exactly how new characters can fit into the world a la past careers — and an impetus for players developing their own stories. 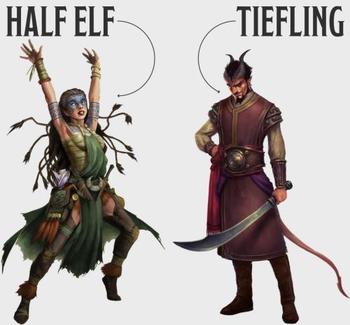 There’s a final small Appendix for adapting the book’s class options for campaigns set in other popular Dungeons & Dragons settings, like Dragonlance, Eberron, and Greyhawk, and even home made worlds.

It’s a breezy read, chock full of wonderful details and intriguing settings, and the writers gave it a sprightly narrative flow, intentionally making it read like a travelogue. Many world guides can be eye-glazing, but this one’s actually fun to read. As a Forgotten Realms newbie, I’m a poor judge of how much material was left out, or how well it was summarized, but I think as that newb I can say that it feels like the whole coast was covered in nice detail.

If it has a failing, it’s that there’s no good way to get a thumbnail sense of different regions. You have to read the whole thing to get an overview.

And while I’m a big fan of reading I also like a short overview, especially when I’m returning to a section after a while away and want the highlights, or am trying to figure out where to send my characters next and want to quickly locate that cool adventure spot I read about. That could easily have been done with a little vital statistics summary at the top of each section, and it’s lack downgraded this book’s utility for me down from a mighty 5 to a powerful 4. (Was there simply not enough room for those in the page count?)

I love how Primeval Thule presented us with important NPCs, concerns, secrets, and other matters at the start of key sections of its atlas. That summary format makes it far simpler to find adventure hooks, which is really what these books should be intended to facilitate.

Apart from that flaw, this a wonderful campaign sourcebook, and a great inspiration for game masters. Two thumbs up.

It’s interesting how the Sword Coast has become pretty much synonymous with the Forgotten Realms, and I think it’s almost entirely because of two reasons that don’t have anything to do with the game. The Salvatore novels and the Baldur’s Gate videogames.
During third edition there was some material for the other 90% of the continent, but the northern Sword Coast always got more stuff than anything else. In 4th and 5th edition, Forgotten Realms material appears to consist entirely of Sword Coast stuff. I don’t think there has been anything substential for the original heartlands of Cormyr, the Dalelands, and the Moonsea in ages.

I have not read this book, but from the appearance of the pictures it looks like they have been sticking to the artistic style. 20 years ago it was a completely different kind of world, even if the map has barely changed.

“5th Edition Dungeons & Dragons took a lot of what had come before and re-presented it, with innovation and re-organization and a lot of care.”

Howard – in an email, you referenced 5th Edition possibly moving back into the space that some of the retroclones occupied (I’m paraphrasing). I’d be interested in somebody at Black Gate evaluating 5th Edition as a step “away” from 4th Edition and “back” past 3rd Edition to the earlier feel of D&D. And how that compares to the more successful retroclones like Swords & Wizardry or Laybrynth Lord.

Every time I step into my FLGS or my local book store, I thumb through the 5th edition books. The artwork just doesn’t resonate with me like the classic artwork of 1st and 2nd edition or like the current artwork in Astonishing Swordsmen and Sorcerers of Hyperborea or Scott Taylor’s Roslof Keep Campaign. What are they doing differently with the art in 5th edition?

But the reviews here are very positive, not like I need another RPG to read/collect/play but obviously D&D is the dominant fantasy RPG.

Hey NOLAlbert, I actually think Pathfinder might still be outselling D&D. The official material for 5th edition is easy to collect because there’s not too much of it! This is the first “adventure site” expansion. There have been three adventure/campaign books and the three basic books and that’s it. It doesn’t look like the rate of releases will be picking up, either.

Bob, we’ll probably have to pick another Black Gater to handle that, because I never played 4th edition, and I had limited contact with 3rd edition. I could certainly compare it to retroclones, though, because I’ve found those really attractive.