NOTE: The following article was first published on January 22, 2010. Thank you to John O’Neill for agreeing to reprint these early articles, so they are archived at Black Gate which has been my home for over 5 years and 250 articles now. Thank you to Deuce Richardson without whom I never would have found my way. Minor editorial changes have been made in some cases to the original text. 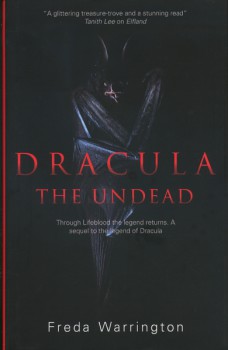 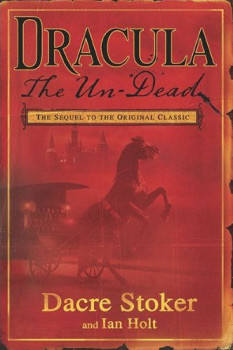 Dracula the Undead by Freda Warrington is a true rarity – a sequel to a literary classic that doesn’t pale in comparison. Warrington is a respected British fantasy and horror author with a loyal following in the UK. Her prose is worthy of greater acclaim. Dracula the Undead was first published as a paperback original in the UK in 1997 to coincide with the centennial of Stoker’s classic. The book gained some decent reviews but never made it across the Atlantic and seemed doomed to fade into obscurity.

Flash forward to October 2009 and the publication of Dacre Stoker and Ian Holt’s “authorized” sequel, Dracula the Un-Dead. Their book received a great deal of media attention and was displayed prominently in retail bookstores. It was the sequel I wanted to love as a Stoker fan, but I’m afraid I am far too much of a purist to embrace it. However, I did note that Severn House (a British publisher that started out in the mid-seventies recycling titles from another British bargain-priced reprint specialty press, Tom Stacey) was bringing the Freda Warrington book back in a hardcover edition to capitalize on the attention granted the nearly identically-titled Stoker/Holt sequel. I was aware of the Warrington book and since my book shelf already contained a few Severn House titles from decades past, I was happy to see they had now acquired US distribution so I made a point of picking the book up.

For one of the very few times in my life, I read someone else’s Dracula book and didn’t come away disappointed. Warrington strives to match Stoker’s voice and her book reads as if it is Stoker’s own work – particularly in the first half. Warrington picks up on the tantalizing ending of the original novel and takes the protagonists back to Transylvania seven years on and lets the story unravel in a natural fashion that never seems like a half-baked rewrite of the original. Her handling of Stoker’s characters and the new characters she created for the book are consistently excellent. Warrington’s novel is epistolary, like Stoker’s, and this adds to the authentic flavor tremendously. 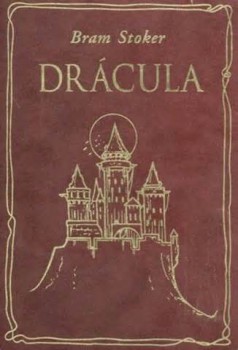 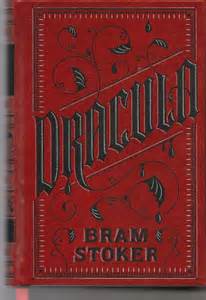 Where the book disappoints – slightly, is in the decision to soften Dracula into a Byronic tragic anti-hero. This approach is one vampire stories have suffered from since the modification was first deemed essential to suit Dark Shadows‘ soap opera conventions in the sixties and it has spread plague-like into a full-fledged outbreak with the creepy pubescent phenomenon that is the Twilight series and its many imitations. While Lugosi’s Valentino-like profile and evening wear may have laid the groundwork, each decade has seen the vampire watered down to the point that the disgusting old man with the foul breath that Stoker envisioned or the nightmarish, rat-like figure of Murnau’s Nosferatu now seem impossible to reconcile with the sexy, seductive vampire of today.

That said, Warrington has a valid reason for softening her vampire and that is her brilliant decision to explore the Scholomance in greater detail. A vampire is a great devil substitute until the real thing is introduced. Stoker dropped a couple of cryptic references to this Gnostic institution and while he may have only wished to convince the reader he knew of what he spoke, Warrington dives in head first and takes us inside the Scholomance not once, but twice for extended visits. She does Stoker proud in her deft handling of horror and suspense. Her vision of the Devil’s school of necromancy where one pupil from each class is sacrificed in payment for what the others have learned has more in common with Clive Barker’s tortured Dantean visions of Hell than it does with Hogwarts, happily.

While no one is likely to hail Dracula the Undead a horror classic equal in impact to the original and it may not match Warrington at her very best with her wholly original fantasy books, it does stand out among the multitude of pastiches (Joe Gores’ Maltese Falcon prequel, Spade & Archer comes to mind as an immediate example in another genre) in that it accomplishes what readers of the original most desire – a chance to re-visit characters they love and find their likeness painted in loving detail by another hand. In this, Warrington succeeds admirably and all Stoker fans should seek out her newly-reprinted book for a rare Dracula sequel that rings true. Freda Warrington’s book now rests alongside Sister Fidelma creator, Peter Tremayne’s trilogy as the only two Dracula authors whose work is good enough to place alongside the original on my shelf.