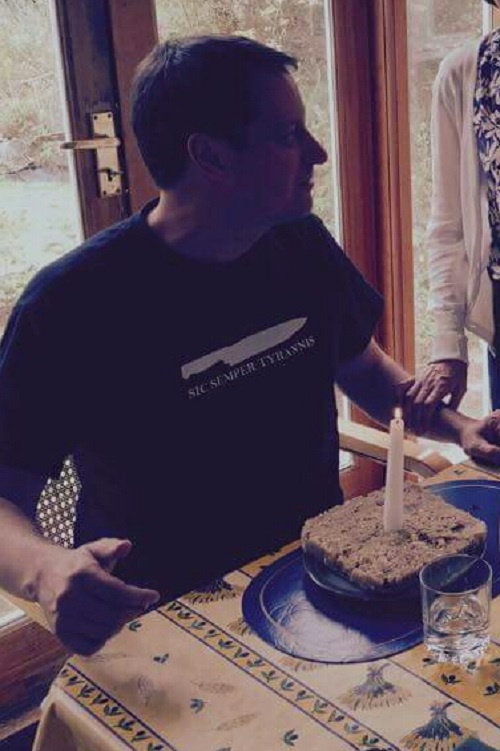 Take goode honey & clarefie it on the fere & take fayre paynemay or wastel brede & grate it, & caste it into the boylenge hony, & stere it well togyder faste with a sklyse that it bren not to the essell. & thanne take it doun and put therein ginger, long pepere & saundres, & tempere it up with thin handes; & than put hem to a flatt boyste & strawe theron suger, & pick therein clowes rounde aboute by the egge and in the mydes, yf it piece you.

Bring the honey to a boil and skim (not necessary with modern honey). Take off the fire and add the breadcrumbs and ground spices. The amount of breadcrumbs the honey will absorb will vary, you want a thick mass. Stir until well mixed and press into a cake tin and allow to cool. If storing for some time, layer with bay leaves and stick with cloves.

You can read more of her medieval recipes here.

If you’re wondering what my t-shirt says, it’s “Sic semper tyrannis”. Someone in my writers group asked if it was an ad for a knife company. She wasn’t joking. Sigh.

My wife was kind enough to Photoshop the above photo to make me look younger. An accurate photo is below.

Now get off my lawn, you damn kids! 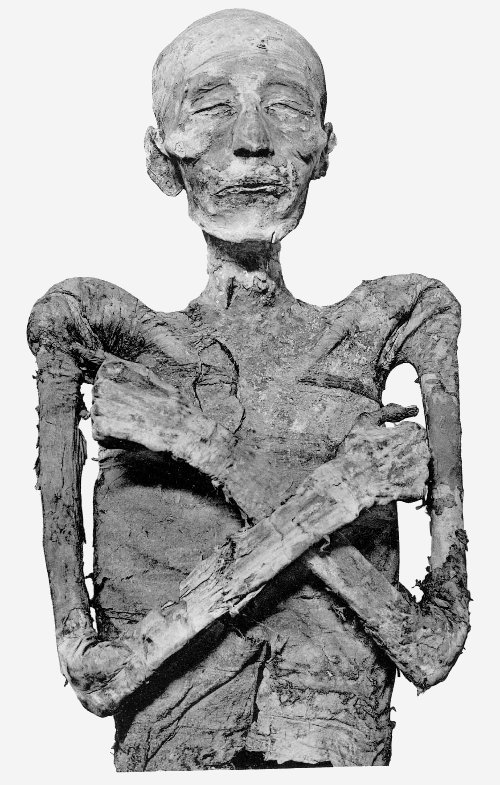 Sean, this was a cool post. Two years ago I made mead from a recipe with ingredients from the time period. I like to do that because it engages me with my ancestors and the life and sacrifices they made. I guess it brings me closer to them.

I was reading about Palmyra and Khaled al-Asaad being beheaded. What a tragedy. I’m glad you are on home soil and celebrating your 40+. Anyway, happy birthday and high regards.

Delightful post, Mr. McLachlan, and many happy returns on the anniversary of your birth, yf it piece you.

And clearly the reply to “Sic semper tyrannis” is “Let them eat cake!”

Happy birthday, Sean! Your wife is a true master of Photoshop.

I, too, thought of your posts when I heard the news about the archeologist in Palmyra. Generally, when I hear about an endangered historical site in that part of the world, I hope you’ve got photos of it in its glory.

Eugene, I think the sequencing of “Sic semper tyrannis” and “Let them eat cake!” is often the reverse. Just remember to use the knife on the cake first and the tyrant second.

@Sarah—Yep, it makes the cake taste better that way.

Sean, seriously, you look a little dried out in that picture. Get some water and some sun block.