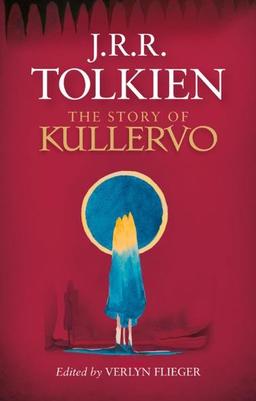 J. R. R. Tolkien died on September 2, 1973, but nonetheless he’s been tirelessly producing fantasy novels (and bestsellers) for the past forty years — including The Silmarillion (1977), Unfinished Tales (1980), the 12-volume History of Middle-earth (1983–1996), Mr. Bliss (1982), The Children of Húrin (2007), The Legend of Sigurd and Gudrún (2009), and Beowulf: A Translation and Commentary (May 2014). A partial draft of Language and Human Nature, which Tolkien began co-writing with C.S. Lewis but never completed, was discovered at the Bodleian Library in 2009, and doubtless we’ll see that for sale at some point.

Seriously, the man’s library must have been crammed floor to ceiling with unpublished manuscripts when he passed away. I could never dream of equaling that level of productivity over 40 years, and I’m not dead.

The latest newly-discovered Tolkien manuscript to go on sale is the short novel The Story of Kullervo, to be published in digital format in the US by HarperCollins on August 27. It is the tale of an orphan boy with supernatural powers, raised by the dark magician Untamo, who killed his father. Kullervo is clearly the ancestor of Túrin Turambar, hero of The Silmarillion, but this version a more standalone tale. The manuscript was unpublished for many years, but previously appeared in 2010 in Tolkien Studies: Volume 7.

The world first publication of a previously unknown work of fantasy by J.R.R. Tolkien, which tells the powerful story of a doomed young man who is sold into slavery and who swears revenge on the magician who killed his father.

Kullervo son of Kalervo is perhaps the darkest and most tragic of all J.R.R. Tolkien’s characters. ‘Hapless Kullervo,’ as Tolkien called him, is a luckless orphan boy with supernatural powers and a tragic destiny.

Brought up in the homestead of the dark magician Untamo, who killed his father, kidnapped his mother, and who tries three times to kill him when still a boy, Kullervo is alone save for the love of his twin sister, Wanona, and guarded by the magical powers of the black dog, Musti. When Kullervo is sold into slavery he swears revenge on the magician, but he will learn that even at the point of vengeance there is no escape from the cruellest of fates.

Tolkien himself said that The Story of Kullervo was ‘the germ of my attempt to write legends of my own’, and was ‘a major matter in the legends of the First Age’. Tolkien’s Kullervo is the clear ancestor of Túrin Turambar, tragic incestuous hero of The Silmarillion. In addition to it being a powerful story in its own right, The Story of Kullervo – published here for the first time with the author’s drafts, notes and lecture-essays on its source-work, The Kalevala – is a foundation stone in the structure of Tolkien’s invented world.

See all of our recent coverage of the best upcoming fantasy books here.