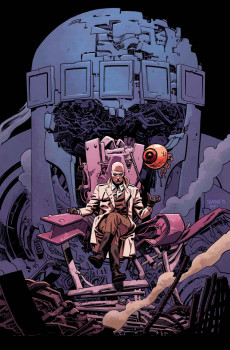 For my my interview with Marvel Comics Assistant Editor Xander Jarowey, one of the covers I enjoyed including in the post was Magneto #1. Magneto is one of Marvel’s most iconic super-villains, having influenced the Marvel Universe in various ways since his appearance in X-Men #1 in 1963.

He started off as an older villain who, from the beginning, served as moral foil to Charles Xavier in the debate about the place of mutants. His arguments in the early days were never deep, and his power faded with various defeats, until by the excellent Savage Land story arc of X-Men #59-63, he was using mechanical devices to simulate his powers, and then in Defenders #16, he was reduced to infancy by one of his creations.

Then, Chris Claremont got a hold of him. In X-Men #104, the new X-Men faced a young, rejuvenated and more powerful Magneto, and he’s downright terrifying in Uncanny #112 (one of my favorites). Claremont revealed Magneto’s full literary power in Uncanny X-Men #150, when he put Magneto’s past squarely in the Nazi concentration camps of World War II as a victim of racism and persecution. 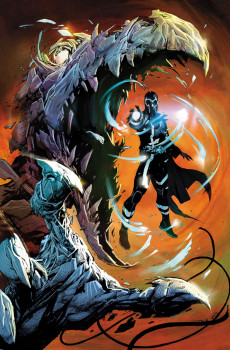 Few villains in comics have that kind of moral power and ambiguity. Magneto has been a driving force in the Marvel Universe in various roles, including devil and angel, since then.

Writer Cullen Bunn, with artist Gabriel Hernandez Walta and colorist Jordie Bellaire, have launched a new Magneto series. Bunn is already a subtle and experienced writer and he brings a tone to Magneto that I hadn’t seen before: noir detective.

The series starts with Magneto in a cheap motel, driving a pickup, partly to disguise himself, partly because his powers are damaged. He can’t navigate magnetically as well, he can’t lift up buildings with a snap of his fingers anymore, and he gets tired quickly.

And he’s hunting people who have committed crimes against mutantkind, very much like a dark Nazi hunter.

I don’t get hooked on a lot of series, but the character and tension and drive have an eyeball-holding quality that is not at all hurt by the dark ways Bunn used Magneto’s powers: taking out fillings, using street signs as spears to execute murderers, and thumb tacks… just watch out for the thumb tacks and rusty nails…

Magneto has no useful friends, really. He’s being pursued by SHIELD and by “Magneto was Right” groupees. He is helped by a woman, but she’s got her own agenda. 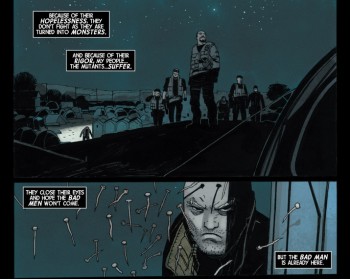 And, his criminal-hunting peels the coverings off of illegal doctors and criminal gangs who set up mutant fights (dog fights, but with mutants).

The sentinels old and new, are never far, and float, with Magneto, only a tiny bit above the dark underbelly of society, in a world that shows us the darker darker side of the mutant phenomenon.

Bunn is doing something really cool with this series, something very violent and quiet and personal that doesn’t affect the whole Marvel Universe and something that doesn’t get too caught up in the cross-overs and events. If you’re looking for a comic as a palate cleanser to Saga or The Avengers, you may want to check out Magneto, or the trades. And, unlike when I was a kid, you can buy digital back issues pretty easily.

Seriously. Watch out for the rusty nails.

Derek Künsken is in the process of becoming a full-time writer in Gatineau, Québec. He tweets from @derekkunsken.