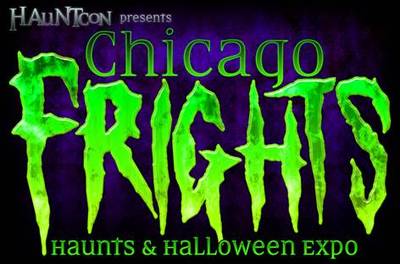 If you recall, a verbal thrashing from Editor and Big Cheese John O’Neill, resulted in we here at Goth Chick News publishing a thorough accounting of our whereabouts throughout the year. The purpose being less about flaunting the enviable circles Black Gate photog Chris Z and I roll in (i.e Days of the Dead and Walker Stalker Con) and more about attempting to squeeze some additional expense account funds out of the boss.

That strategy went about how you would expect.

What we didn’t expect was additional invitations to some new events celebrating their inaugural year here in the Windy City. And since the invitations were local, we’ll be able to further stretch the Black Gate expense account which basically consists of some Starbucks gift cards tossed during the St. Patrick’s Day parade and several hundred game play tokens from Dave and Busters.

Haunted attraction industry icon and all around nice guy Leonard Pickel, launched a new haunts and Halloween conference here in Chicago, called Chicago Frights, which Chris Z and I had the pleasure of perusing this last weekend.

The event included vendors, training sessions and product demos, all aimed at giving those in the haunt industry “last second” ideas for their attractions (yes, July is “last second” in my neck of the woods). The event hosted top industry professionals like Anthony Kosar of Kosart Effects, special effects makeup artist and winner of the SyFy Channel’s Face Off competition, and nationally famous mask producers Zagone Studios. Of course no Chicago horror event would be complete without Zombie Army Productions, who supply designers, special effects, artists and actors for the horror film industry. 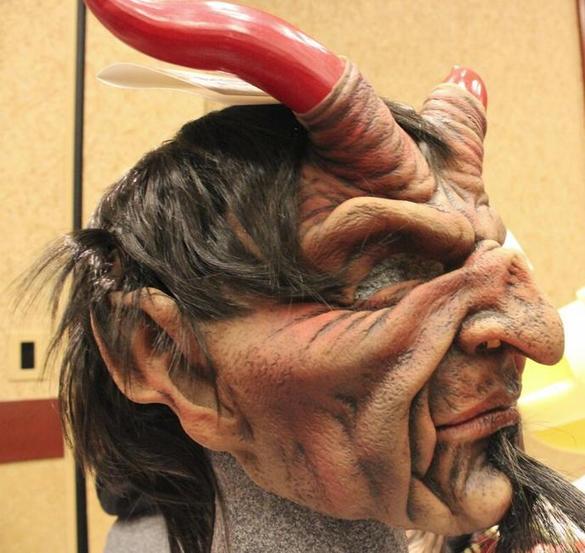 We also ran into some old friends like our all-time-favorite custom prop artist, Mike Krohn of Blood Brood FX, whose creations recently graced the tents of American Horror Story Carnival. It’s always wonderful to catch up with Mike and pick up some new decorating ideas and art pieces to go along with my shrunken head and pigmy skull. 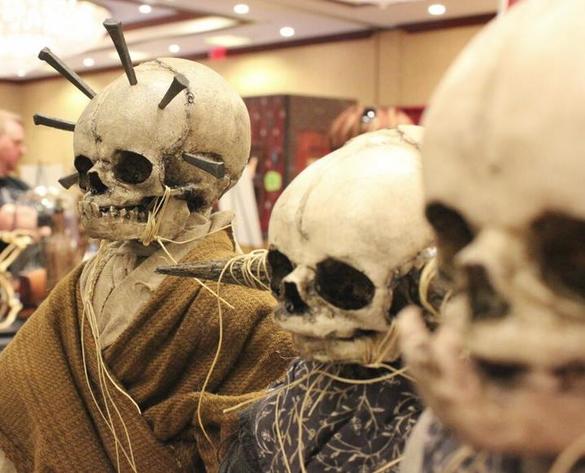 This season’s new addition is a Magic 8 Skull – yes that’s right, Mike has put the innards of a Magic 8 Ball inside of a skull so you can shake it to get answers to your most personal questions. 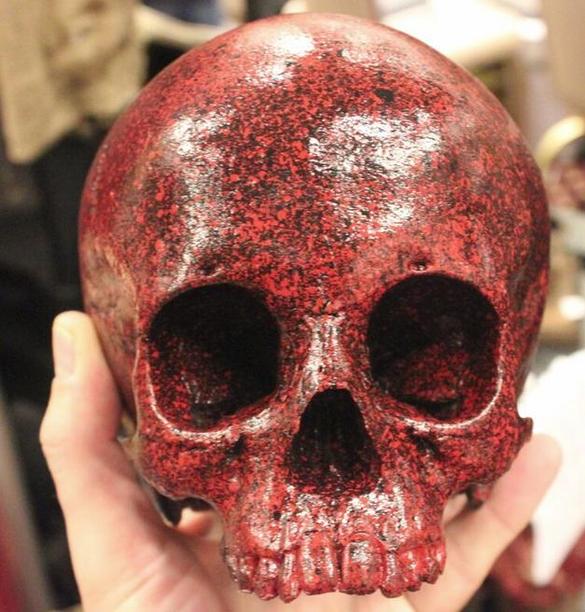 Can you even stand it? 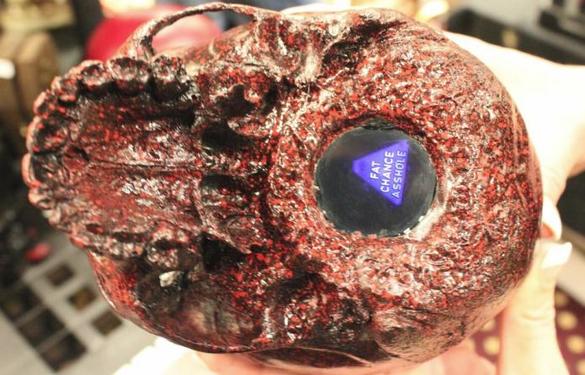 Chris Z and I also had a chance to demo some new industry products such as new special effect, haunted attraction props by Agony LLC (unbelievable how horrifying dangling 5 gallon water bottles can actually be – trust me on this). And I actually brought home a hot wire foam cutting kit from HWFF. The totally cool premise here is the amazingly realistic creations that can be carved from cheap sheets of pink foam insulation available at any home goods store. One of these tools, a sheet of foam and a little practice and you can create headstones, terrain pieces and other props like a pro. 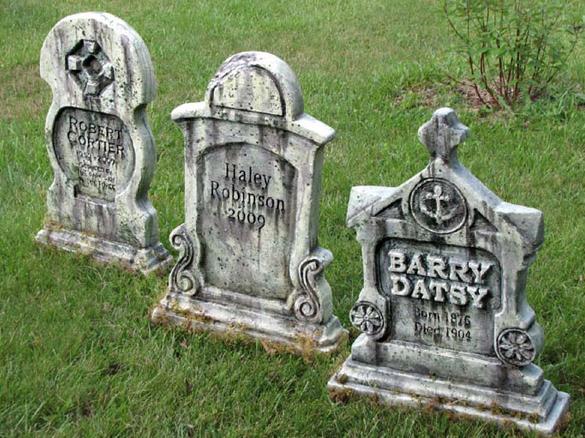 Tombstones made from insulation foam and a Hot Wire carving tool

The other big score was the invitation we received from Franco Pacini of Zagone Studios. Chris Z and I will be joining Frank at the mask making headquarters in September for a personal, behind-the-scenes tour and chance to watch Franco create a one-of-a-kind horror mask just for us.

Oh the personal and professional joy.

Black Gate has a long tradition of supporting independent artists and writers, so it’s particularly sweet when we have a chance to support a new local convention, which touches on an industry so near and dear to our little black hearts.

Rock on Leonard Pickel… rock on.

Goth Chick News will be on hiatus while the refrigerator is de-fuzzed, the blender is cleaned and the whole place is fumigated following this year’s batch of summer interns.  We’ll be back bringing you the best in horror on August 20th.