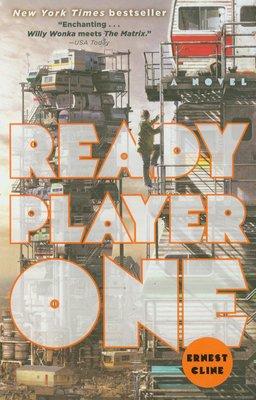 I’m nostalgic for most things that belong to the age of my childhood and teenage years (i.e. the 70s and 80s), especially for things we now mostly think of as geek-ish (though that label was hardly admirable when I was a kid).

In this spirit, I recently watched a very interesting documentary on Netflix called Atari: Game Over, about one man’s quest to find the (now legendary) dumping ground of Atari’s fabled mass of unsold game cartridges based upon the Steven Spielberg movie E. T. (And by the way, I highly recommend watching that very short documentary.)

Atari: Game Over includes footage of author Ernest Cline, who is about my age and seems to have similar 80s interests. Case in point: the man owns a DeLorean sports car like Marty McFly’s from Back to the Future.

Cline made his 2011 novel debut with Ready Player One. I’d heard nothing but great buzz about this book since it was first released. But since I’m not a gigantic fan of science fiction literature — I tend to read more fantasy and horror — I hadn’t really bothered to pick it up. After seeing the documentary I became more intrigued, and so I bought and read it.

I can definitely say that I am now a huge Ernest Cline fan. What a great book! This was one of those books that I could not put down. I blazed through its nearly 400 pages in just two days — I would’ve done it in one if I hadn’t had real-life responsibilities. It was definitely something of an 80s nostalgia-fest, but that’s merely surface, and not integral to enjoying this book.

What’s Ready Player One about?

It starts in a dystopian near future — though not dystopian because of nukes or zombies. Rather, in Cline’s book our current fears are extrapolated to a world feeling the effects of increasing  overpopulation, in terms of climate and economics. Many people are unemployed, and where once cushioned bastions were unaffected by such, like most of the United States, they are now populated with flimsy towers of RVs and trailer-homes (Jim Massey’s paperback cover presents this in awesome detail). 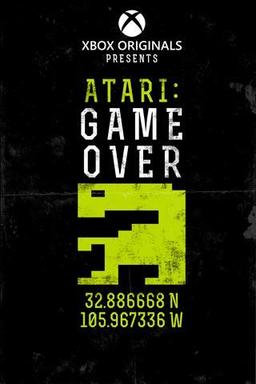 Our main character, a teenager with the online name Parzival, lives in a trailer in one of these ghetto towers, along with about twenty other people. As Parzival comments, “it reeked of cat piss and abject poverty.”

To forget this miserable existence, Parzival mainly escapes to OASIS, “a massively multiplayer online game that [has] gradually evolved into the globally networked virtual reality most of humanity now used on a daily basis.” So everybody lives on OASIS — daily.

And this is no overstatement. Parzival attends school as a virtual character (i.e. as Parzival) in a virtual school on a virtual planet in a virtual universe. Cline does a good job explaining the big picture of OASIS, as well as what daily life in this virtual universe is like. And he also does an excellent job explaining, in painstaking but interesting detail, how the whole thing technically works. The overall effect makes the Matrix virtual reality feel old-fashioned and more like a classic sci-fi conceit like “ray-guns” or “flying saucers.”

Living in this virtual reality has made Parzival something of a connoisseur of (particularly) late 70s and 80s culture, mostly pop and computer culture. The character breathlessly slides from analyses of certain episodes of Family Ties to discussing classic Dungeons and Dragons modules, to the Easter eggs hidden in old-school Atari console games.

But why is Parzival so interested in a time that more naturally belongs to his grandparents?

This is where the main plot comes in. OASIS is the brainchild of deceased computer genius James Halliday. At his death (a few years before our story opens), Halliday posted a video claiming that he’d hidden three Easter eggs, or three gates, within the OASIS, and finding and passing through all three will allow the winner to claim Halliday’s multi-billion fortune. Several years have now passed, and none of these Easter eggs has been found. In fact, rumors say that Halliday’s last video post is just a wild good chase, and many are beginning to believe it. 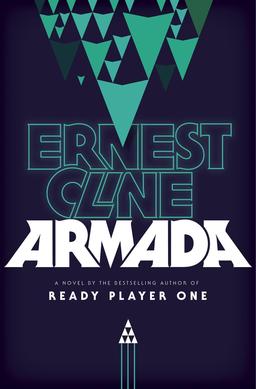 Parzival, who has religiously studied Halliday’s life and interests (hence his knowledge of 80s culture) is the first person to stumble upon, and beat, the first gate/Easter egg. The majority of the book details the online race as everyone, including evil corporations, tries to hunt down the remaining gates/Easter eggs. It’s a wild and fantastic ride, which includes everything from playing games of Joust and Pac-Man to fighting in giant anime robots. Cline’s pacing makes for an addictive page-turner.

But Ready Player One is more than just a re-hashed but inventive cyberpunk romp. Parzival begins to see that his online existence may not be the true key to happiness that he always thought it was. He slowly grows in his appreciation for “reality” as some of the negative effects of OASIS come to fruition in his life, and the lives of others he cares about.

When Ready Player One was first published in 2011 it hit the New York Times bestseller list, and left many fans clamoring for more. This month Ernest Cline’s second novel, Armada, is scheduled for release. I’m thankful that I’ve just now come to enjoy Cline, because I only have to wait a few weeks until his next novel comes out!

I can’t recommend this book enough. For my money, it’s a completely fresh and exciting perspective on what science fiction can be. I don’t think it slavishly relies upon the nostalgia of us older folk, and I think it has more artistic meat than a lot of the current fare.

P.S. I just saw online that Steven Spielberg is slated to direct a film adaption of Ready Player One — yahoo!