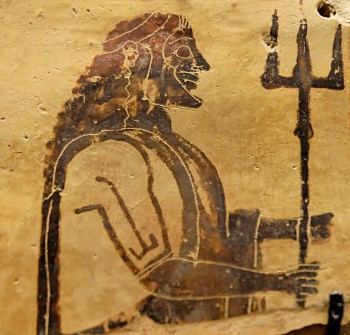 Sometimes a planned topic and the news intersect in unexpected ways. I had planned for some time to cover this particular episode in Ovid, but this week’s decision by The Mary Sue to discontinue active promotion of Game of Thrones gives it a relevance that we in the Classics don’t usually get to experience. I’ll link to The Mary Sue’s explanation of their decision here, but the short version is that they were no longer interested in promoting a show that made such regular use of rape as a storytelling device. A heated debate has ensued in several quarters, over The Mary Sue’s decision, the show in question, and over the portrayal of sexual assault in fiction.

This is by no means a new debate. Rape has been, sadly, part of human experience for as long as we have had storytelling. Its presence in the earliest works we have in the canon attests this fact. What has varied is how it is portrayed, both in terms of the act itself and its lasting effect on both its victims and society at large. The myth of the Rape of Persephone is used to explain the seasons; the Roman Historian Livy tells us that the expulsion of the kings of Rome was triggered by the devastating aftermath of the rape of Lucretia.

But no artist spent as much time investigating the lingering effects of rape like Ovid. The Metamorphoses is filled with stories of rape and familial sexual abuse, and the author doesn’t shy away from any of it. But that doesn’t mean he lingers over it, either: he depictions of assaults are vivid but never graphic. And unlike many modern depictions he doesn’t spend much time on the assaults themselves. What Ovid chooses to focus on is the long term ramifications of sexual violence, the way it shapes lives, families, destinies, and the landscape itself (remember Apollo and the Laurel tree?).

The first of the stories in this vein that I want to discuss is that of Caenis/Caeneus. (The other, that of Medusa, we’ll tackle next week.) Caenis 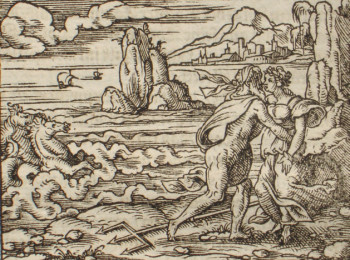 was born in Thessaly, the daughter of one of the Lapith chieftans. One day Caenis was walking on the beach when she was spotted by Neptune. As we have previously discussed, getting noticed by the gods leads universally to bad things, and this case is no different. Neptune saw her, wanted her, and raped her, and afterwards he offered her one wish.

She, understandably, asked that he make it so that she could never be raped again.

Ovid’s storytelling here is ingenious and what makes it even more stunning is that this is, as far as I am aware, the first time in Greek myth that we hear the victim speak for herself.  And when she speaks she not only accuses the god of harming her in a way that is particularly cunning but also shows the presence of mind to defend herself in the future.

Neptune responds by making Caenis a man. Then he does one better. He makes Caenis, now Caeneus, completely impenetrable. Caeneus cannot be stabbed, cut, shot: he is utterly invulnerable. And here Ovid is masterfully straddling the line between story and metaphor. You don’t have to be Freud to appreciate the way he smears the lines between sex and violence in the ancient world or to appreciate the immense justice in Neptune’s “gift” to his victim. It is in some ways even an acknowledgement of wrongdoing on the god’s part, another unprecedented act.

Caeneus then goes on to become one of the greatest warriors of his age, until he is at last killed by being crushed under a mountain of trees during the war between the Lapiths and the Centaurs.

What makes this story so powerful and, I think, so important for writers today is the way in which Ovid takes Caenis’ rape and makes it a critical turning point in the character’s life. But rather than making the rape itself the focus of Caeneus’ identity, this story is about the new identity that he forges for himself in the rape’s aftermath. In this way, Ovid does not minimize rape, but it isn’t sensationalized either. This is a valuable distinction. It is also one that a lot of genres are struggling with today.

This isn’t the only kind of aftermath Ovid portrays, however. Next week we will take a look at a far more bloody series of consequences when we discuss the history of Medusa.

Very interesting historical perspective! It is a nice bit of synchrony when we are reminded that these issues have been dealt with in fiction for millennia, “nothing new under the sun.”

Caenis/Caenius is sort of the anti-Lucretia. No seppukku for her! It pains me when audiences assume that rape must necessarily be the end for a character, that the character is somehow ruined. As in life, of course, sometimes it is, but as in life, many survivors go on to do extraordinary things. It seems important to me that art generally, and fiction in particular, show that it’s at least possible, at least sometimes, to make a good life even after terrible things have happened. People to whom terrible things have happened need to see stories that help them imagine that.

I’m debating with myself whether to write a post on why I’m not giving up on A Game of Thrones, and what makes this last episode of marital rape so different from Daenerys’s wedding night with Khal Drogo. Never mind the two unfinished draft posts I’ve been prodding at for weeks…

I would love to hear what you have to say!

I’m just re-reading RA MacAvoy’s The Book of Kells, set essentially in 10th-century Ireland, in which a rape also takes place. The contrast between the attitude of the Irish victim (I have been wronged and fully expect justice) and the Danish rulers (why isn’t she ashamed, doesn’t she realized she’s been ruined)is extremely telling.

Did I give you Alex Shakar’s City in Love? Short stories based on Ovid’s Metamorphoses. I highly recommend the Caeneus adaptation, “Maximumn Carnage,” which is available online:
http://alexshakar.com/wp-content/themes/custom/excerpts/cilexcerpt.html

You did! And I had intended to mention it here: thank you for correcting the oversight.

I’m looking forward to your Medusa installment. I have a ton of things to comment on about Game of Thrones but I’m withholding due to the sensitivity. I find it interesting that in ancient times they even looked down at Gods who raped. The Romans founded a republic based on the tyranny of those that perform rape. It is deep within our human subconscious I think. Two of society’s universal rules—don’t harm children or rape.

@Sarah—I’m looking forward to your Game of Thrones post.

It’s more like “abduction” or “kidnapping”, with implications of control, domination and forceable seizure.

That’s why “The Rape of the Lock” by Pope refers to the stealing of a lock of a woman’s hair with that word, based on the Latin “raptio”.

As an aside, virtually every adult Roman male citizen was a “rapist” by our standards.

Slaves and other social inferiors were fair game, and in the rare cases that men are noted not to have sex with slave women or boys, they’re considered virtuous not because they don’t violate their inferiors but because they’re showing unusual self-restraint and ability to contain their desires.

Rape of a free citizen woman or boy was another matter, of course.

More generally, there’s a curious reluctance these days to grasp the concept of “cultural difference”. People from different cultures (and if you go deep into the past, Western culture counts too) are -really really different-.

They inhabit a different perceptual and moral universe.

Don’t go there looking for similarities or people “just like you”. They’re not.

It’s a bad idea to go to the remote past looking for people who are like you. They’re not. Different cultures are, like, -really different-. People in them inhabit a different perceptual and moral universe.

Joatsimeon, you are legally and etymologically correct but I’m uncertain what your point is here. All the cases we’ve discussed would meet the Roman definition of rape in he modern sense. Moreover (and that is my point) Ovid in particular makes it clear that he is deeply sympathetic to a far broader interpretation of rape and is very sensitive to ideas of consent. Moreover in the cases mentioned here he is very clear by boh terminology and context that these events are rape. I generally agree with your statements but I also think you go too far; ancient peoples are often very different, but they’re still people. Let’s not confuse legal and experiential definitions.