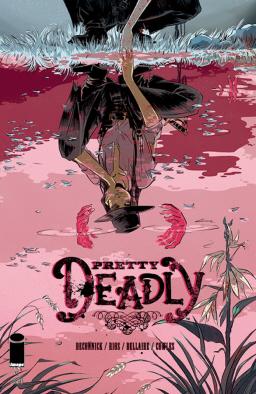 I still remember the first time I read Sandman. I didn’t read comics back then: I thought of them as longer versions of the strips in the Sunday paper and didn’t give them much other thought. Then one day, I was sitting in the metal working classroom in High School, and Morley, a red-haired skinny punk rocker I still wish I had gotten to know better, handed me a comic book and said, “You should read this. It’s awesome.”

I knew from the cover, a strange collage that was both enticing and off-putting, it wouldn’t be what I expected. But I had no idea what I was in for. I didn’t like the art, and some of the references confused me, but otherwise, I was completely blown away. It was one of those life altering experiences: not only did I discover Neil Gaiman, I discovered comic books. That first volume completely changed the way I thought of storytelling and visual design, the way that myth and story could dance together, and the way the mythic and mundane could crash together.

Twenty years later, I had that experience again. Kelly Sue DeConnick and Emma Rios’ Pretty Deadly is a lush, gorgeous and lyrical graphic novel, a mythopoeic western that plays with the conventional gunslinger tropes while bringing in elements of horror and folklore. And what ties it all together is the song of Death-faced Ginny.

The story itself is told by the corpse of a rabbit to a butterfly. The image is jarring, but it works: the butterfly symbolizes resurrection and metamorphosis while the rabbit is some kind of strange, rotting fecundity. Appropriate, as we learn, because the aforementioned Ginny is born well after her mother’s death.

We move from one story-telling to another as Sissy, a young girl with mismatched eyes and a raven cloak tells the audience at a traveling show the story of Ginny, born in death’s realm. Ginny’s mother was a beautiful woman whose husband loved her so obsessively that he locked her up in a tower rather than let others see her. She eventually despaired and killed herself, but when Death came to take her he too fell in love, and would not release her spirit into oblivion. Thus Death-faced Ginny was born, and she was raised to take vengeance for those wronged as her mother was.

At first Ginny is merely a myth. The first chapters are spent with Sissy and her guardian, Fox, her blind guardian. But as events unfold, the line between myth and reality quickly disappears and, as Sissy sang, death rides on the wind.

This kind of mythic play isn’t new, nor is the idea of mingling the mythic with the Western. The Western is America’s own strange little myth. The Old West is our Neverland, a strange and exciting and yet terrifying place that is sometimes far more violent and foul in myth than it was even in reality. Pairing it with more fantastic elements seems a logical step, and one that artists as disparate as Stephen King and Emma Bull have ventured.

What keeps Pretty Deadly fresh is the fundamental strength of the work. Emma Rios’ art is beautiful, capturing a desert landscape that is harsh and spare without being monochromatic. And of course the earth tones set off the blood. Kelly Sue DeConnick’s prose is beautiful, written with a real ear to lyric that is never pretentious. Her dialogue manages to lilt while retaining distinct character voices, which is a difficult feat to accomplish.

And as is usually the case, those characters are what give the story real breath. There are no bystanders in Pretty Deadly, and nothing is wasted. Every character we see is given life and depth, even when they appear for only a few frames, and each moves the story forward.

That story is necessarily simple: the first volume of Pretty Deadly contains 5 individual issues, which isn’t a lot of room. But while the bones are spare, the story is powerful. It’s mythic in scope as Death’s daughter seeks his revenge and Death himself tries to avoid his own fate. But it is played out on an intimate scale, between Ginny, Sissy and Fox, and in the end the questions it addresses are simple and most difficult ones. The questions about letting go, and holding on, and what it means to love.

Not only do I strongly recommend Pretty Deadly, I suggest keeping an eye out: the second volume is scheduled for release by Image Comics this coming September.

You are TEASING me with the zombie bunny! I want to see a picture! I know some Malifaux players who might just dig this. Okay, this did tempt my weird western appetite. Tell me more about the bunny.

This book looks interesting. How gritty is it? Is it more a thinking book? Who is the target audience do you think? I’m intrigued.

Ape, if you haven’t already done so, you can check out the preview pages on Amazon. It’s a great way to get a feel for the story and the artwork. Actually, I was surprised by how many pages were included in the sample preview. It’s quite a lot! 🙂 Unfortunately, there is only a brief glimpse of the bunny, and not in his zombie form. But, I did a quick Google search to find an image and it seems Mr. Zombie Bunny is basically just a walking skeleton, not a zombie in the traditional sense of the word.

I’m not really into graphic novels, but I agree that this one seems interesting. I love the glimpse I got of it so I might just go ahead and give it a shot.

Too late! I found it on comixology and bought the first volume. It has been my bedtime story reading. I like Jonah Hex and this has a similar style with maybe a Django but from a feminist perspective. So far there has been several good points to it. The zombie bunny is bizarre but put in with genius. The art has good grit to it and I like the Jonah Hex feel it has.

Downchecks are that I’m not the target audience so a bit of it is grating. It is really a feminist piece and should be a hit with them. Weird western fans should like it if they are seeking something different. The villains are, like Jonah Hex villains, a bit two dimensional and stereotypes ie the men are all groping Neanderthals and rapists deserving to be shot. The men are kinda wilting daisies or fumbling morons but it makes for the story. I think the biggest weakness is the team of writer and artist might be new and not used to one another. Sometimes the storyboarding is perfect and other times it leaps and jolts and is hard to follow. They do a good job of building up the tempo and drama by making powerful beginnings and ends. It is choppy for now but maybe it might smooth out over time. The writing and dialogue seem to be perfect at times and crunched in others. I am not sure the writer is familiar with the genre. It reads more like a super hero story. It is worth it though. Warning though Rachel–it is just an opinion. This is not a book that I would discourage readers from reading. It has potential.

Also, I think Goth Chick would totally dig the bunny. Goth Chick, if you are reading this–YOU GOTTA SEE THIS BUNNY.