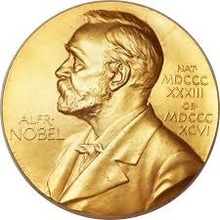 This is in the forefront of my brain this week because – you guessed it – I’ve just handed in a manuscript. Now even though this is only the current draft of the work-in-progress, it feels pretty good, so I started to wonder, is there anything better than this?

Here are some of my thoughts:

Winning the Nobel Prize. It’s true you get to call yourself a Nobel Laureate, but I’ve asked around, and apparently this isn’t as wonderful as you might think. To start with, you have to go to Stockholm in February. Nothing against Stockholm, but really, February. It sometimes gets given to people years, and even decades after the work it’s being awarded for was done – which means their thank-you speeches frequently have a heavy subtext of “what, that old thing?” The money’s nice, but again, it so often comes later than you’d like it. In fact, more than one Nobel Laureate has been overheard to murmur, “Great, something else to dust.”

Winning the Superbowl. This one I confess I just don’t get. I keep asking what’s in the bowl, and all I get are funny looks. I mean, there’s a big difference between a super bowl of popcorn, and a super bowl of sauerkraut. I’m just saying, I’d need more details to be able to tell whether winning one is better than handing in a manuscript. 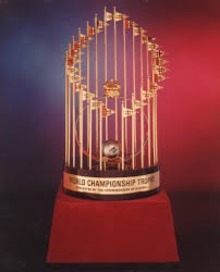 I steeled myself to get over that disappointment, but I confess I can’t find out why it’s called the World Series. There does seem to be a Canadian team playing, but wouldn’t that just make it the North American Series? I mean, can you imagine the disappointment of the poor players when they find out they haven’t won a contest involving the whole world after all?

Besides that, have you seen the trophy? Talk about a dust magnet. At least with the Stanley Cup, you can fit fourteen beers in it. 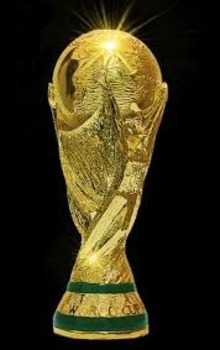 Winning the FIFA World Cup. Apparently this is called “soccer” in some English-speaking countries. Personally, I think if we just all agreed to call it “Futbol,” as they do in Spain, there wouldn’t be all this confusion.

Now this at least has the benefit of actually being a WORLD cup. I was feeling pretty secure about this one being at least on a par with handing in your manuscript – and admiring the trophy for its blunt-instrument potential – when a friend suggested that any prize for which Manchester United wasn’t eligible, wasn’t worth winning.

I’m not such a big fan of Man U, but it occurred to me that this meant Real Madrid was also not eligible, and that kind of takes the lustre off of the whole thing for me. Now if it was Spain winning the World Cup . . .

Just when I was starting to think that nothing could be better than handing in your manuscript, my husband reminded me that there is: Getting a new puppy or kitten.

Okay. I think we may have a winner.

Violette Malan is the author of the Dhulyn and Parno series of sword and sorcery adventures, as well as the Mirror Lands series of primary world fantasies. As VM Escalada, she writes the soon-to-be released Halls of Law series. Visit her website:www.violettemalan.com

Regarding the World Cup, I will say that nobody has ever blown a vuvuzela at me when I finished a manuscript, which suggests that the manuscript is better. (Though I still hope someone someday composes a zarzuela for vuvuzela, just as a matter of principle.)

My five things would be:
1. Getting paid for the manuscript
2. Seeing it published
3. Seeing nice reviews from strangers
4. Being asked for another one.
5. Buying a new sword.

@ Sarah: I had to look twice at your comment, and then I had to laugh! As you probably know, a zarzuela is also a seafood dish, so it took me a minute to figure out what you meant!

@ M Harold: Those are 5 great things! If they haven’t already happened to you, I hope they do, and soon. Buying a new sword would definitely be on my list as well.

I did not know it was a seafood dish. I just know that my husband, who plays classical guitar and has tried his hand a little at flamenco, keeps saying zarzuela when he’s trying to talk about vuvuzelas, because the vuvuzela is just an inherently funny instrument. (Google “Berlin Philharmonic Vuvuzelist” if you wish for proof.) So inevitably, we imagine the form composed for the instrument. (Andrew Huang might be the perfect composer. Google Andrew Huang if you want to spend several hours in YouTube bliss.)

Sarah, I’m afraid to look these up, for fear I’ll lose the whole day. The idea behind zarzuela as a dish is that it’s an “operetta” of seafood. A nice medley of fish and shellfish, saffron sauce but no rice. And, of course, being Castillian, we pronounce it “tharthuela”