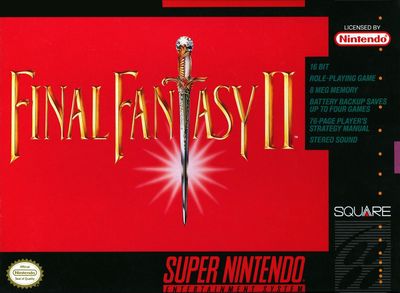 Growing up, my brother was a huge gamer, and I loved watching him play. He used to rent a Nintendo at the library every weekend, as well as the Final Fantasy cartridge. He would practically turn blue holding his breath all week, hoping no one else would rent it and save over that one precious on-cartridge spot.

Then, when the Super Nintendo was announced, he saved allll of his monies and my dad drove us to the States (it was coming out only months later in Canada!) He bought it, and we stared at those “high-res” graphics on the box all the way back home.

I bought him Final Fantasy 2 (I know, I know, it’s IV, but back in the day, Google didn’t alert us of all these things. Wait, am I old?  I’m going to ignore that.) I had to get Dad to drive me to the States to get it again, and it ate up all of my hard earned paper route proceeds. Totally worth it to see him jump up and down.

BUT, on top of the games teaching me things through their acquisitions (saving, planning, emotional manipulation/whining), I think it’s safe to say that we’ve all learned many other fine lessons from playing pixelated heroes.

Here are a few of mine. 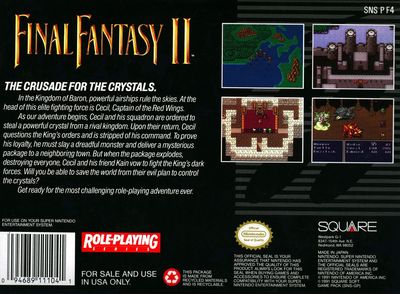 Edward, the prince of Damcyan in FF2 (4, I know!), was weak. We have a saying in my group of friends about being weak like Edward. And, sometimes, we also scream “NOOOOOOoooo!” (He tended to do that a lot).

(In his defense, the poor guy got blown up, as did his entire castle and his family, and then his fiancée haunted him and his future father-in-law hated him and he just generally didn’t have it easy. But I digress.)

See, Edward WAS weak. But he also came through when he was needed. He totally played that harp and saved his party from that metal-hating naked elf.  While he was half dead. Like a boss. That’s heroic, my friend.

The lesson here is that, no matter how weak you think you are, you can always fight off naked people with a harp.

Dragon Warrior is still considered one of the toughest RPGs out there. It’s not necessarily that it’s tough, it’s really just that you have to spend every waking moment leveling up before you do anything, especially crossing a bridge!  If you crossed that bridge too early, you WERE DEADER THAN ROADKILL! 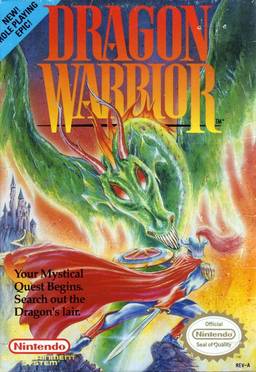 I swore a lot at Dragon Warrior’s nameless hero. So very much. But it did teach me to make sure I’m of the right level before I cross a bridge in life, or to at least be mentally prepared for a heck of a battle and a good chance of horrible, horrible defeat.  In business speak, it’s called risk assessment and tolerance. And bankruptcy, probably.

This is a no-brainer. And directly linked to crossing the bridge. Learn stuff and power on, dudes and dudettes.

The Princess is in another castle

Not technically an RPG, but a very important lesson nonetheless. Back in the day, we went through all eight castles JUST IN CASE the princess was in one of them. (Well, that and linear gameplay.)

You could take away a lesson about perseverance and sticking it out, but I personally choose to interpret this as a need for better intel and/or torturing techniques. Seriously. Mario stomped on how many mushrooms and he couldn’t get anyone to talk?  Wuss.

Remember in Zelda when your little hearts would start running low and you’d start beeping incessantly until you either found some healing or spun out and died, with the black circle of doom closing in on you?

Well, that beeping teaches us many fine things. Mostly that beeping is bad. If there’s beeping, you either need to escape (fire alarms, for example), you need healing (pacemaker beeping. Do those beep?), or you need to make peace with life (bomb beeping). 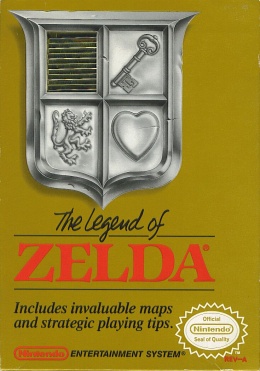 Also: Don’t change your message alert on your cell to make that noise. It might seem like a good idea at the time, but a part of your heart will wither and die every time you get a text. And I text a lot.

I can’t go on about this enough. If you have the right bracelets and rings, you’re stronger for it. Tiaras are fashionable. AND, if they’re all from the same set or somewhat matchy-matchy (all Mythril, for example), you are doing it so right that monsters will flee in terrified admiration.

I’ve tested this in life.  It works. The more bling, the faster they run.

I’ve yet to meet a magic user, but if I do and they threaten me, I feel confident that I can knock them on their ass while they spend minutes casting Fire 1. The trick is to catch them without their buddies. If they have knights, best to stay clear.

I’m sure there are more things that I’ve learned, because the world is an endless pool of learning sometimes. And thank goodness for video games. I’d be morally and spiritually astray without their guidance.

I don’t know if pacemaker’s beep, but Neil Clarke mentioned in his intro to the Upgraded anthology that hearing a piece of hardware inside his chest blaring a malfunction alarm changed his way of thinking about cyborgs.

A friend of my husband had a pacemaker with buggy firmware. He had to fly to the Mayo Clinic to get a firmware upgrade for the device that kept his heart beating. The mind boggles. I don’t think beeping was involved, though.

Ha ha ha! That’s funny. It probably shouldn’t be, but it is. But, really, buggy firmware? Hu. That doesn’t sound great. Should be a law against that.

Oh, man, does that Super Nintendo cartridge ever bring back memories. It’s weird how emotional a punch a simple box can have.

I bought mine specifically to play Zelda, but Final Fantasy was a regular obsession as well.

You pretty much described a good chunk of my childhood. My brother is 6 years older than I and we ve always been close.

He always had a love for RPGs growing up and I watched him play most of the popular ones. Chrono Trigger was always our favorite but we played through Final Fantasy II (IV) several times growing up.

I still love the SNES graphics.

I remember when he first played through Dragon Warrior and the first Final Fantasy.

BeautyInRuins – I *love* Zelda. So much. I used to drool over pictures of Link to the Past in Nintendo Power. *love*

Glenn – Chrono Trigger! I forgot about that one! I loved it. And it has a great lesson: teamwork! Those combined spells kicked butt!

(I use a lot of exclamation points when I get excited. Sorry!!!)

I got Final Fantasy II at the same time as the SNES. Loved that game. All the drama with Cecil and Rosa (I can hear their theme music in my head now), Kain jumping in and out of the group (as well as in and out of the game play), people surviving the most hideous explosions (even if, like Cid, they detonate themselves), and flying to the moon! Man, that game had it all. I even bought it for the Wii just to play through again. I was still in the process of leveling everyone to the max and retrieving all of the goodies in the final dungeons when life took precedence. Man, just thinking about the game makes me want to play it all over again.

My roommate played it again last year. It was just as awesome. And ya, Kain the Betrayer! Good old Kain…

As someone with a pacemaker/internal defibrillator, yeah, it definitely makes you think differently. Wait ’til the battery gets low and your chest starts beeping, then you have to go in for a new battery. Or the defib blasts you 6 times in 2 minutes (which isn’t exactly painful, more jarring and scary than anything because you’re convinced you’re going to die at any moment … imagine Thor hitting you over and over again in the chest with Mjolnir, and Thor is invisible … it’s that kind of sensation).