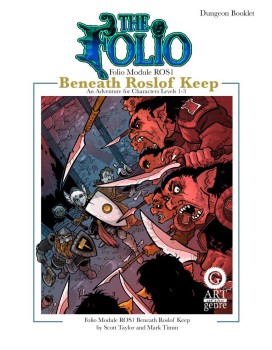 Sarah Avery asked me recently if she could pick my brain on Kickstarters, and although once I replied she never took me up on the offer, I still enjoy talking about certain details of campaigns. Today, as I face the final leg of my current and 9th Kickstarter for AotG, I’m going to talk a bit about the ebb and flow of a campaign.

All Kickstarters share at least two universal facts: that you will have your greatest pledges at the campaign’s opening and closing, as well as a dead zone in the middle where pledges are hard to come by.

Today, The Folio is in its final 24 hours, a time period that is nearly as important as the first 24 hours after launch. It is the ‘now or never’ moment for backers, especially those you’ve managed to reach through the campaign but they hedged with the old ‘I’ll get back to it closer to the end.’ This thought process is two-fold, the first being that backers tend to have a better understanding of what they can spend closer to the date in which money will be withdrawn from their accounts, and second, that they often like to see what kind of success (and stretch goals) a project achieves before they jump in.

For me, The Folio is fully funded, which is the good news, and for those backers of the project, we are all pushing for that first stretch goal that will help create a second module in The Folio series. Thus, the final 24 hours become paramount to seeing just how ‘good’ the project really did over the course of its life.

However, most projects are made or fail in the first 24 hours after launch. It is in these first hours that the true barometer of just how many backers you have is seen. Most folks like to see at least 50% of your backing come in the first 24 hours, which can be a daunting sum. For The Folio, I hit 25% in the first day, and added another 5% on day two, so the road was much longer and harder than many successful projects you see out there. That said, 30% in two days is still a great way to begin and I had confidence that with those numbers we’d survive the lull, which we did.

Why do you need to get so much funding in the beginning, you might ask? Well, because once you slip into the trough (the dead zone of pledging that runs nearly 20 days of your 30 day campaign), it becomes harder and harder to attract backers. Losing momentum also tends to steer new backers away from the project, as most folks don’t want to waste time on what they don’t see as a sure thing. Amid this, you will also hit a point where backers begin to pull money from the project once they start believing it won’t fund. As no money is charged to backers’ accounts on a failed project, these cancelled pledges make no real sense, but that doesn’t stop them from happening. In many projects, during hard troughs, cancelled pledges can outweigh new pledges and the project can begin to backslide, which is a true deathblow for campaigns. 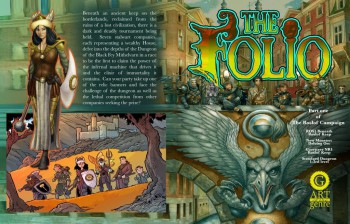 So, what combats this? Well, to be honest, your personal followers and friends. The more fans you have, the more chance you have of creating successful Kickstarters. Statistically, a well-presented project can depend on 25% or less of its pledges to come directly from Kickstarter as a platform. This means you’ve got to be able to raise the other 75% or more from your own fan base. If you don’t have a fan base big enough for the $ you need, then you’d best reconsider either how much you want to get or even doing a Kickstarter at all.

John O’Neill often asks me, “Is Kickstarter dead?” to which I always answer, “No,” and I have to say that after the platform survived the blowback of 2013, it has emerged stronger, more viable, and more accepted as a means for fans to get things that they normally never could. Kickstarter is a thriving business, but one must go into any campaign with a strong knowledge of just who would care to back them, and if those fans and friends can be depended on to carry the bulk of the project’s monetary weight. And remember, Facebook DOES NOT count as a viable fan- or friend-base. The platform isn’t designed to truly help you promote as an individual to your friends, and cyber friends can be counted on about 10% of the time to actually be vested enough in you to fund. For The Folio, Facebook accounted for 15% of my total backing, and of my 1000 friends, only 41 pledges came from the platform, and even then I can’t be sure those were actually folks on my friends list or people who saw the campaign on any number of shares or OSR pages like Old School Gamers, The Gamers, 1st Edition Advanced Dungeons & Dragons, etc.

The same can be said for Black Gate, in which embedded widget banners were responsible for 5% of my overall backing, and in all reality, the lion’s share of those click-through rates probably came from banners on my own AotG website, as the tracking software doesn’t differentiate. Even then, that is only 12 backers out of 300+ pledges, a staggeringly low rate of 4%. Couple that with an article readership for AotG upwards of 12,000 views in the past 30 days (on both Black Gate and AotG), and one can quickly see just how little impact blog readership can muster. Even then, however, a single blurb post on Tenkar’s Tavern generated 13 backers at 5% of total pledges, so what gives? I mean, what does it mean? Well, again, know your fans, because AotG doesn’t seem to have the same ones as Tenkar’s Tavern, which connected much more strongly with the RPG community of old school gamers in which The Folio is based.

Thus, I hope Sarah has given this a read, and that others looking to crowd-fund will take it to heart as well. And for goodness sake, if you’re a fan of RPGs, as well as fantasy art, please pledge to The Folio before it’s too late! Let’s see if you can affect those banner click-through rates before all is said and done!

Thank you, especially for illuminating how blog readers fit into the picture. Estimating how many backers are likely to come from where is crucial, and most of the discussions I’ve found about that have talked about personal contacts, email lists, and Facebook, but not at all about group blogs, personal blogs, online forums, or online magazines.

I’m just starting to get my head back together after a concussion. It was such a Buster Keaton kind of injury, too. My kid was climbing, and he fell head-first onto my head hard enough to make my brain bonk audibly against the inside of my skull. I tell you, that’s a sound you never want to hear.

When my mental stamina’s back, I definitely still want to pick your brain about this stuff. All signs suggest that the approach I should take is less go-big-or-go-home, and more go-small-and-be-sure.

Good luck with that endgame!