Back at the end of October, we here at Goth Chick News wrapped up “the season” by reviewing a new release The Sword of Michael, written by a truly unique author, Marcus Wynne. You see, apart from being ex-military and the current CEO of a military consulting firm, Wynne is a “depossessionist” (not to be confused with an exorcist, so my bad in the original write up).

Now before I start getting jokes about working with the government and casting out demons, know that Wynne is dead serious. Since beginning his spiritual career, Wynne has dealt with (offed? banished? eradicated?) over 1,000 entities all over the US. When coupled with his job in the US Air Marshals, that pretty much constitutes covering our backsides on multiple fronts.

It’s probably pretty obvious why we all needed to know more about Mr. Marcus Wynne, so allow me to introduce him:

Everyone, this is Marcus – Marcus, meet everyone.

With the pleasantries out of the way, let’s get down to the serious questions…

GC: What is a “depossessionist” and how does that differ from an “exorcist”?

MW: In the shamanic tradition (core shamanic and most indigenous practices as well), depossession refers to the extraction of spiritual essence from a person. That can be a soul fragment, an animal spirit, a dead human, a demon (or Dark Force Entity) or an elemental. Exorcism refers specifically to the Catholic Church’s Rite of Exorcism as performed by a priest. That specific rite applies to a certain set of circumstances based upon a series of tests required by the Church.

So a depossessionist takes out all kinds of different spiritual “insertions”; an exorcist specifically drives out dark forces/demons/dark force entities. 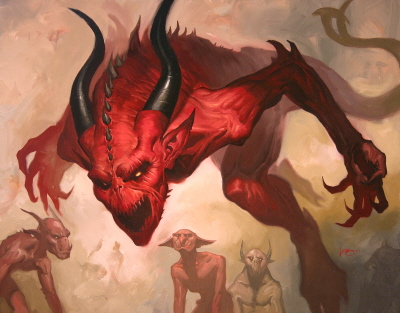 What made you want to pursue depossession? Was it to meet girls?

LOL. Absolutely. Dead girls never say no in the middle of the night.

Actually, my experience has been that the depossessionists (or those shamanic practitioners that specialize in that) rarely (if ever) pursue it intentionally; as one of my teachers describes it, “We’re dragooned into this Work…”

A lot of practitioners train in it as an advanced shamanic skill; a small set specialize in it. There’s a spectrum of spiritual intrusions that require depossession that ranges from the relatively minor to the very major. Some practitioners have a Gift, or a Calling to it, and I think most struggle against it because while it is richly rewarding to be of Service, it is also an extremely challenging practice.

What makes a spirit remain earthbound?

There are lots of spirits, human and otherwise, in the shamanic paradigm. Most human spirits that remain earthbound have trauma of some kind binding them: they don’t know they’re dead, they’re obsessed by “unfinished business”; they initially want to stay and watch over someone, a loved one for instance. The majority of human-spirit possessions are confused dead people who cling to the living because they get a sense of still being alive by tapping into life energy.

Are some spirits more aggressive than others?

Yes. Some don’t want to go. Some are afraid. Some are malevolent and want to hurt.

As a depossessionist, what was your most frightening moment?

Wow. Some of that I can’t speak about because I have to honor the privacy of those who come to me for help. Early in my training one of the most frightening and simultaneously most beautiful/amazing moments was when I had a vision during a training class – and everyone else saw the same thing. That was one of the first convincers this very hard head and pragmatic man (me!) had about the reality of what I was doing. The other event was my first encounter with a seriously malevolent spiritual being. And I really can’t discuss that. 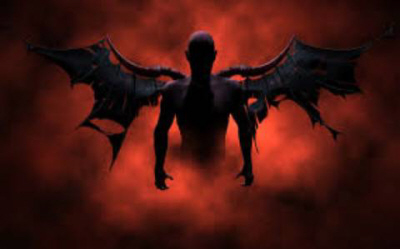 You have many other professions (writer, CEO, military veteran) – have these other lives ever crossed paths with depossession?

It’s interesting. Part of the shamanic paradigm is that the shamanic practitioners wear a lot of hats: warrior, leader, story teller, ceremonialist, healer, etc. What’s fascinating to me is how all of my various experiences added up to a certain skill set and mental and spiritual outlook that prepared me for the Work when I was called to do it.

At first I was surprised how many “people like me” i.e. military veterans and professional gun-fighters I ran into that are involved in this kind of spiritual work: a founding member of SEAL Team 6, a Vietnam-era Special Forces veteran, a Marine Corp veteran with multiple tours who was a big-city SWAT and narcotics cop, and I could go on and on. I think in some way the practice of being of Service carries over.

Your vocations certainly do cross over in your book The Sword of Michael. What makes this book different than your previous works?

LOL. It’s way different, and it’s interesting to see the responses from some readers. My genre has been the hard boiled special operations gunslinger action novel – eight previous ones. While there are some epic gunfights and battles in this book, the biggest difference is that I’m much more overt with the spiritual belief piece, and that the book goes places that I as a writer have never gone before. Very cool experience writing it.

Writers are often told to “write what you know.” How much of The Sword of Michael reflects or is at least inspired by actual events?

I think all writers process their experiences on the page, in one form or another, no matter how they deny it. I like this quote: “Dangerous truths are best told as fiction.”

Does your work as a depossessionist effect how you are perceived in your role as CEO for Accentus-Ludus? Are most of your clients aware of your spiritual work?

It probably does since my book life and author stuff is all over the internet.

I haven’t noticed any particular negative impact. I was asked a variation of this question, and my response was, “Would you be concerned if I wrote about being a devout Catholic, or Southern Baptist, or Muslim, or Jew? How does my spiritual belief and practice detract from my very long and well documented history in my company’s area of expertise?” The response is, “Well, maybe you’re delusional because you believe in spirits…” and I counter with the same question: “How is that different than someone who believes in God and Jesus and Mother Mary or Allah or G-d (as Orthodox Jews refer to the Supreme Being)?” Basically anyone asking that question needs to get over their own prejudices and biases if that’s an issue.

Do you believe in the traditional definitions of Heaven and Hell? Why or why not?

I have about a dozen “traditional” definitions, LOL, being a student of religion and spiritual practice. I believe in both Heaven and Hell, and I believe that our choices inform those places – essentially we create our own Heavens and Hells… in my belief system, which I’m not trying to push off on anyone. 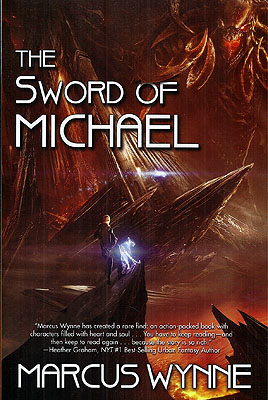 If there was one thing you would like the average person to understand about spirits, what would that be?

I wish the average person would think back through their lives and identify those times when they may have had a “spiritual” encounter – maybe it was an urge that protected them at a key moment or something that frightened them, or something they saw.

One of the reasons that American society has such a high incidence of possession — (one estimate by a researcher who did a longitudinal study was that 70% of the American population would or did suffer from some sort of possession crisis that may or may not spontaneously go away…but might require some intervention either by a depossessionist, exorcist or skilled psychotherapist/psychiatrist. And yes, there are licensed therapists and psychiatrists practicing this skill set!) – is that American society rejects any kind of “spiritual” explanation and prefers to define spiritual crises as mental illness and medicate it away.

People can choose to know that the spiritual realm is right there around them all the time, and that there’s an impact whether we want to believe in it or not. “I don’t believe in spirits.” “That’s okay… they believe in YOU.”

One of my teachers, an African ngana (medicine man), is on the consultant staff of the largest psychiatric institution in his country, and specifically because of his ability to facilitate healing for some of the worst cases of “mental illness.” The doctors that to work with him they don’t need to believe what he believes; they measure it by results. I think it may help people to know there’s an explanation for something that’s going on with them that’s not just “Oh, you’re insane and need meds.”

If The Sword of Michael were made into a movie, who would you cast in the major roles? Anything you’d like to share…?

I JUST had this discussion with someone and I can’t go into details about that (right now), but I’d look at casting Gerard Butler as Marius, Michael Fassbender as Dillon, Eva Green as Jolene, and Lena Headley as Sabrina, and Michael Rooker as Otto. How’s that for a kick-ass cast?

I’d have John Logan (writer/producer for Penny Dreadful, and major film scribe: Gladiator, Last Samurai, Skyfall…) do the adaptation into the script – and I’d have him pick the director. I’m a huge fan of his work. Penny Dreadful is the BEST thing on TV right now, bar none, for quality of writing, acting, directing, and the most glorious mash-up of genres.

Do you have another book in the works now?

Yep, noodling with the second book of Marius’s adventures, as well as a long overdue next book in my Wylde series of urban gunfighters doing dark deeds.

So there you have it – everything you ever wanted to know from your friendly, neighborhood depossessionist.