This is the third of three posts about selling short fiction. We’ve talked about how to know how to fit your story into the ecosystem of short fiction markets and what the business side (contracts, rights, etc) look like. This one is about reprints.

Other than the rule of never selling your copyright or paying to have your short fiction published, the big strategic rule to keep in mind when selling fiction is: reprint rights are usually far less valuable than first English rights.

So why consider reprints? (1) It’s more money, for no extra work, and (2) it may expose your work to other audiences.

So where can you sell reprints?

In the olden days, some magazines would accept reprints. Not the top line magazines, but some. And they would have been paying penny for the word or less. You can still find those markets on www.ralan.com. But when I sell a story now, there are three places I actively try to resell after the story has finished its run.

Podcastle for fantasy, Escapepod for scifi, and Pseudopod for horror. Each episode of these podcasts gets downloaded 5,000+ times, so that’s a big market expansion, which often doesn’t cross over into wherever my story was initially published.

Pseudopod and Podcastle pay $100 and Escapepod pays by the word. This is great pay for a reprint. Other audio markets pay less or not at all, so you need to consider whether it’s worth your while to give your story away.

I recently made that choice with Starship Sofa for two of my stories: “Schools of Clay” from Asimov’s and “Persephone Descending” from Analog. Both were far too long to sell to Escapepod, so in my mind, it wasn’t like I was foregoing income by letting Starship Sofa carry them.

And, in terms of exposure, when I saw the kinds of writers they’d already podcast, I realized that it would be good for my career to be in that company.

This can turn out to be a silver mine, although you may not have much control. I’ve submitted to many foreign markets without any luck, but on the other hand, I’ve been contacted by some foreign markets when they’ve read my stories in English-language magazines. Foreign markets have paid me between $50-$200 per story for the rights to translate and publish.

The only legal point you need to know is that they pay you to make their own translation, which then belongs to them. Those rights are usually non-exclusive, which means if there are two Italian magazines, you can sell to both and they can each make their own translations. If you want to try your hand at submitting to foreign markets, Doug Smith maintains an open repository of foreign markets at www.smithwriter.com. Well worth looking at. I’ve donated to Doug to support this site because I think the service is so useful. 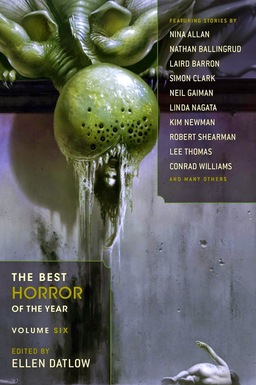 OK. Reprint anthologies you can find on www.ralan.com or in other places.

Here, the pay may not be much, and the exposure may be not much, but it can put some free money in your pocket. The year’s best are mostly out of  your control. For the US ones, Datlow, Dozois, Horton, Strahan, etc. generally read everything and make their own choices based on their reading and taste.

The Canadian speculative fiction one, Imaginarium, by ChiZine Publications asks that you send in your stuff to be considered if you are a Canadian or a permanent resident. Getting into any of these is a feather in the cap. The key here is to write something brilliantly original – hahaha.

So, if I follow these three paths, as much as they can be followed, I generally feel I’ve done ok for a short story. One obvious place I haven’t gone yet is self-pubbing my previously-published work. I have enough stories published that in the next year or two, I will probably be thinking pretty hard about it, although with inordinate amount of procrastination and second-guessing.

Derek Künsken sells his short science fiction and fantasy from Gatineau, Québec. He has upcoming stories in the January, 2015 issue of Asimov’s and on the podcast Starship Sofa. You can find out more about him at www.derekkunsken.com or @derekkunsken.

“Nowa Fantastyka”, previously “Fantastyka”, is Polish, not Czech. Believe me, I know for certain, I am Polish and have read it since first issue, in early ’80s.

Oops! Sorry! You’re right. When I got this issue in the mail, I had to get a Polish friend at work to read it. Will fixed that right now. Thanks!