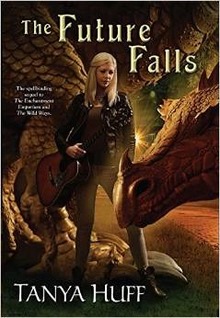 Get a bunch of writers together and , once you can get them to stop talking about the Oxford comma, you’ll find they talk about the three basics of writing, Where? When? and How much? (Where “how much” refers to word count, not bank account) As you soon figure out, there are no right answers to these questions, there’s only what works for you – except for those occasions in which nothing works, but let’s not go there. At least not today.

For fulltime authors, “Where?” is one of the easiest questions, because the answer so often is “in my home office.” Whether that home office is a dedicated room, the kitchen table, or a TV tray in the living room, “home” is the operative concept. Mystery writer Vicki Delany, for example, doesn’t write in her nice office with the big monitor and the wood stove. She writes standing up, having found that the pass through from her kitchen to her dining room is the perfect height.

Many who aren’t fulltime writers also write at home, but others, like my good friend and fellow Black Gate contributor Derek Kunsken (check out his series on selling short fiction) have other methods. Derek gets up hours before he needs to be at work (I won’t say where) and takes his usual table at a coffee shop near his not-at-home office. He likes this particular table because it’s perfectly situated for one of the available outlets… and other reasons that aren’t picky at all. 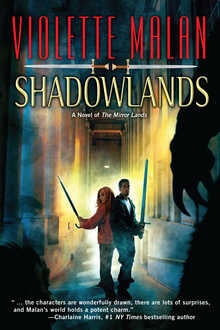 And Derek’s a good example of one of the common answers to “When?” A great many people who have non-writing fulltime jobs write before the rest of the day begins. Honestly, it’s the only way you can be sure of not being interrupted by the rest of your life – in other words, of having more control over your writing time than you might at some other hour of the day.

I do something similar, though I’m usually at home when I do it. As a general rule, I, too, write in the early morning – it’s 5:30am on a Sunday, as I write this, for example. I usually write in my home office, but lately I’ve been having trouble concentrating there, due to the numerous distractions being at home can provide (yes, cat, I’m talking about you). Like Vicki Delany, I sometimes go to another part of the house to work – shake up the brain a bit. Like Derek, when I have to go into town, I go early, sit in my favorite café, and work for a couple of hours before the reason I’m in town begins. I sometimes go down the road to my friend David’s converted one-room school house, where I imagine that the school-room vibe helps me concentrate.

Tanya Huff has an at-home office, and writes between 1:00 pm and 6:00 pm. If the phone rings during that time, there will be blood. And not hers.

So what about that all-important “how much?” Most writers I know set themselves a goal, and it’s usually word count, not time. For NaNoWriMo, for example, many people give themselves a 2000 words/day goal, in order to make that 50,000 words in the month. When I’m writing my first draft, I also like to get 2000 words a day down, five days a week. I don’t always make it, but that’s my goal, and I keep track of my output in a work journal. 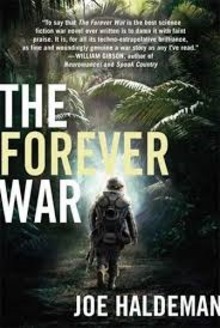 Lots of people find that 1000 words is more reasonable, and I was recently told that Joe Haldeman’s practice was to write 500 words every morning, in long hand. His wife typed it up for him, and he revised it before getting up and doing the same thing again the next day. 500 words may not seem like much, but keep in mind that two pages a day adds up very nicely over time.

So what does a word-count person do when they reach their word count quickly? I’ll talk about that, and other things, next time.

One last thought: How about those people who say that they only write where, when, and how the muse visits them? Two things. Those people aren’t professional writers, and are likely never to be. Second, to paraphrase Picasso, “the Muse will visit you, but only when you are working.”

I’m all for word count or page goals, but I very rarely bother with either one. Two reasons: one, I often have to agent myself (especially with short fiction and plays), so if I’m not making fast, fluid progress with new work, I can always turn to the unglamorous business of submissions. In fact, I have to.

Second, if I hitch myself too tightly to a numerical, quantitative goal, I may steamroll right on past issues of plot logic or character motivation, etc., the pesky kind that crop up as I go. Example: as soon as I stop typing this response, I’ll type out a series of “What if…?” questions that I absolutely MUST answer before I go forward with my current project, and my word count for the day will suffer accordingly. That’s okay. This kind of slowing down and pulse checking is essential work.

I generally strive for 2K a day, but usually I don’t beat myself up about it if I don’t make it. The reason being, I’ll make up for it on a good day when I put out anywhere from 4K to 10K, though the upper end of that spectrum is pretty rare for me.

When I’m in writing mode, I write every day, no matter what. However, once I’ve finished that first draft, it might be a month or two before I’m actually writing new material again, sometimes longer. Generally during that time I’m rewriting or doing other things with the project, though sometimes I’ll take a few months off to work on short stories or some other project. I especially like working with anthology editors as I often enjoy the challenge of coming up with a tale for a new world or a theme.

@ markrigney: Of course, professional writers are always faced with the kind of editing and revising that you’re talking about. Some do it on the go, in that they write in the morning, and edit for grammar, imagery, plot points, etc. in the afternoon. Everyone experiences those times when you have to sit down and figure out things before you can continue.
I think when most of us talk about word count or page count, we’re talking about those days when all we’re doing is writing, usually at the first draft stage.

@Ty: Keeping in mind that I keep a word count only for first draft writing, I don’t beat myself up about it if I don’t reach it either. But, if I know I’m going to miss writing days coming up, I’ll make a deliberate attempt to keep my word count at the 2K average by increasing it on the days I can write.
I take it from what you’re saying that you don’t stop when you reach your goal? Is that only when you’re on a roll, or is that your normal practice? I’d like to know, because that’s part of what I’d like to address in my next post.
Thanks!

[…] Last time I talked a little about word count, the gauge that practically every writer uses to measure their productivity on a day-to-day basis. There are, however, writers who are notorious for not doing it that way at all.  Rex Stout, for example, customarily composed the whole book in his head, taking about 10 or 11 months, and then sat down and took about one month to type it out. Sure, I hear you saying, but the Nero Wolfe novels aren’t particularly long. Maybe so, but they sure are complicated. […]