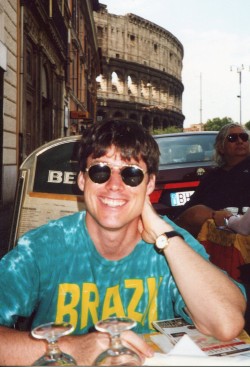 Today I’m turning over the Black Gate rostrum to the talented Tom Doyle. Take it away, Tom!

When my first novel, American Craftsmen, went to Tor’s production department, I received an odd request from my editor: could I put together genealogical notes and a family tree for an appendix?

An appendix? That sounded like Lord of the Rings territory, with its line of the Kings of Númenor. My book was set primarily in modern America, with a style that probably owed as much to the techno-thriller as fantasy. How did I end up with a story that required an extra, often-mocked feature commonly associated with door-stopper epics?

Perhaps my subconscious was partly to blame: I enjoy all sorts of speculative fiction, but I was raised on the big epics of high fantasy and those still give me a special kick.

But mostly, I had made deliberate choices to include certain story and style elements based on their own merits, and only after the appendix request did I realize that those elements are particularly highlighted in the epic genre.

So what elements of epic did I put in a contemporary fantasy setting, and for what purposes? First, and my use of this element is the main reason my publisher probably thought I needed an appendix, epic characters don’t just have background detail; they have histories.

In the Iliad for example, not only do we know some of the character histories from sources outside the text, but little micro-narratives are peppered throughout the story. A lot of this allusive detail would already be known to the audience; the narrative would simply make the connections. 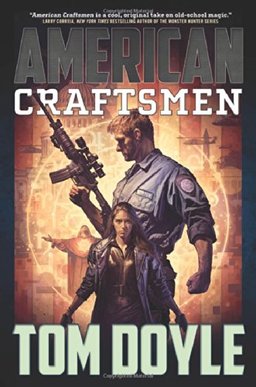 Family and personal detail that ties into the broader history of the world can give the contemporary actions of the characters a different resonance and weight than the usual literary background information (e.g., a troubled childhood). My main characters have long family lineages interwoven with the history of the country, so Tor thought a convenient chart with mini-bios would help readers keep them straight.

The second element is voice or style. Early epics had a straightforward approach to this–they were written in a certain poetic form that for that culture signaled “this is an epic narrative.”

Later prose epic fantasy used what Ursula K. Le Guin described as the high fantasy voice, but this often has been misinterpreted as simply an archaic or pseudomedieval style. Other voices might produce a high-sounding style without risking too much of a “ye olde” flavor: for example, the vatic voice of oracles and prophecy and the forms of prose poetry such as the repetition found in the psalms.

In a book that is otherwise in a contemporary style, the use of such voices will almost inevitably produce a sort of code-switching, in which the text often elevates from our knowing, cynical urban modern tone to a higher-sounding prose. If such juxtaposition is done poorly or deliberately for laughs, it’s camp. But if it’s done well for dramatic effect, it can be the frisson of magic entering our world.

The third epic trope concerns the nature of combat. My father once asked a Vietnam vet friend whether he had a lot of hand-to-hand combat experience or skill. The vet just shook his head, cocked his hand, and repeatedly made a point and shoot gesture, as if killing innumerable, anonymous enemies in the distance. 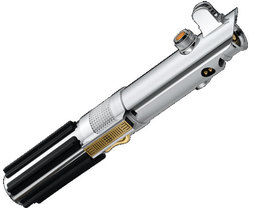 From the first, epic combat has been different from most of modern warfare. Epic combat is primarily between named fighters, and has a corresponding intimacy and intensity because the warriors know each other, if only by reputation. The mode of combat is also more up close and personal, relying on edged weapons and hand-to-hand fighting.

Above, I’ve just given a few of the elements that might add an epic feel to a contemporary setting. Any thoughts on some others? Though early epics were set in a distant time of heroes, there’s no storytelling law that prohibits our borrowing epic tropes for our modern day stories, even if it means appendices.

In Tom Doyle’s first novel, American Craftsmen, two modern U.S. soldiers fight their way through the magical legacies of Poe and Hawthorne to destroy an undying evil — if they don’t kill each other first. The sequel, The Left-Hand Way, will be out from Tor in August 2015. His short fiction collection, The Wizard of Macatawa and Other Stories, includes winners of the WSFA Small Press Award and Writers of the Future Award. The text and audio of many of his stories are available at www.tomdoyleauthor.com.

[…] best and most delicious of conspiracy-theory secret histories! From the first moment I heard the premise of American Craftsmen, I knew I would love this book. I am glad to report that it was even better […]