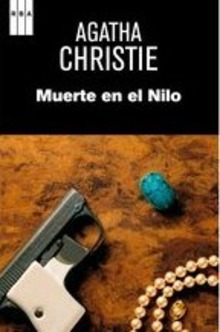 Talking about subtitles last week got me thinking about book translations. It’s a different beast, of course; for one thing, translating prose isn’t subject to the same time constraints that translating dialogue is. So that should make translations better than subtitles, right?

In general, I think that’s true. However, with one exception, I’m going to focus on occasions when it’s been done badly. After all, when the translation’s done well, no one notices.

We all know examples from our mundane lives of unfortunate, or impossible, translations. I’m sure everyone’s heard the story of Chevrolet having to change the name of their Nova for the South American market. In Spanish, “no va” means “doesn’t go.” Not the best name for a car.

As I’ve mentioned before, I often read in Spanish to keep in practice, and since my preferred reading material is genre (Fantasy, SF and Crime), this has often meant that I’m reading books translated into Spanish.* This can be helpful, since I often own the book in English, and if something gets away from me (miss the meaning of two or three critical words and the whole paragraph can go wonky on you) I can check the original, which is far superior to hauling out the dictionary and trying to sort it out piecemeal. I learned this the hard way. 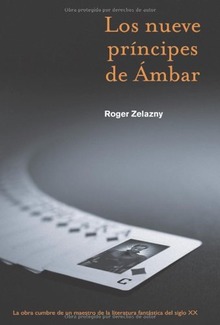 My first experience reading a book translated into Spanish was in the mystery genre. I had found a copy of Agatha Christie’s anthology Poirot Investigates, or Poirot Investiga, at the local newsstand near my grandparents’ apartment in Madrid and settled down happily to read. That is, until the cat turned up.

I just couldn’t figure out where the cat had come from. I went back and reread from the beginning of the story, and couldn’t find the entrance of the cat. Besides, I was familiar with the character and I knew perfectly well that Hercules Poirot didn’t have a cat. It’s important to remember that at that moment I was thoroughly and completely in my Spanish head. I wasn’t thinking in English at all, not translating in my head as I went, but reading completely immersed in Spanish.

As soon as I got home, I checked the passage against my English copy of the book. Okay, there was a cat. But it was a figurative cat, not a literal one. The English version contained the expression “let the cat out of the bag” and the Spanish version had translated that exactly, word for word, rather than using the equivalent expression in Spanish. (In case you’re wondering, it’s “descubrir el pastel,” or, “uncover the cake.”)

Book and movie titles are also translated, of course, and sometimes you get some very odd effects. Spanish theatres do translate the title of a film, but they’re required to provide the English “Hollywood” title as well. This once resulted in Robert Rodrigues’s film Desperados being subtitled as “Desperados.” Uh huh. 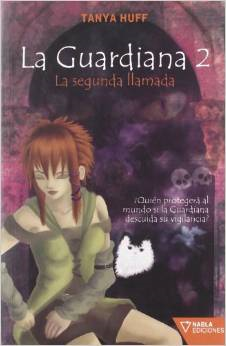 If the book is in a series, the Spanish publisher will usually put the series title first and the book title as a subtitle – the reverse of what we expect. Hence, Tanya Huff’s The Second Summoning: The Keeper’s Chronicles #2 becomes La Guardiana 2: La Segunda Llamada.

At least you can figure that out, I’m still wondering which Agatha Christie novel Las Manzanas is.

By the way, my favourite translated title belongs to Shakespeare. Much Ado About Nothing becomes Mucho Ruido Pocos Nueces (lots of noise and no nutmeats). A perfect example of using the equivalent expression rather than a meaningless literal translation.

Who is the exception I mentioned earlier? The only person I’ve read with equal pleasure in both languages is Arturo Perez-Reverte, the author of the Captain Alatriste novels. If you’re a three Musketeers fan (as Perez-Reverte is) these books are a must, though it’s his “main stream” novels, like The Club Dumas that actually contain supernatural elements. His work also gives us an example of questionable translation going the other way. For some reason his La Piel del Tambor (The Skin of the Drum), became The Seville Communion. Both are actually good titles for the book in question, but each gives the work a slightly different slant.

Many people have said to me that I should be able to translate my own books, but I think you can see from what I’ve been saying how tricky it can be. Translation is an art in itself, and as a general rule, they’re done by people who are native speakers in the second language – by English speakers if the work is originally in another language, and vice versa. I might be able to double check a few things,and give my opinion, but I’m nowhere near competent enough in Spanish to do my own work – or anyone else’s – justice. I’d rather a real expert did it.

*This is changing, as Spaniards are writing their own genre fiction, but what you see available in bookstores in Spain is about 95% American/British work translated into Spanish. Incidentally, you don’t see anywhere near as much non-genre fiction in translation. Apparently Spaniards write plenty of that stuff on their own.