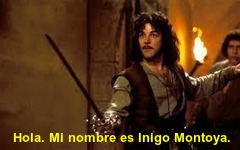 Lately I’ve had some experiences with subtitles that worry me a little. Here’s my problem: just what is it that’s being subtitled, and is there any way for us to know whether we’re missing something?

Usually when I’m watching a movie with subtitles, it’s in a language I have some grip on, like French or Italian. The subtitles are there to help me when the dialogue is too fast, or perhaps too colloquial, for me to follow it directly (though that in itself might be one of the problems, as we’ll see in a minute).  There’s only one thing I watch where I don’t have any real clue on the language, and that’s Japanese anime.

The thing is, I’ve always been a big fan of subtitles over dubbing. I prefer to hear the actors’ own voices – I know how important voice can be, and I figure actors are cast for that as much as for any other quality. Tone is also something it’s virtually impossible to translate. But now, having seen some of the stuff I’ve seen, I’m not so sure I wouldn’t be better off watching a dubbed version.

The only dubbed films or TV shows I regularly watch are dubbed in Spanish, and I do that so my ear doesn’t lose its facility with the language through long periods of disuse. I never use the English subtitles, first, because the whole point is for me to concentrate and follow the Spanish; and second, because, as a reader, my eye is always drawn first to the written word, and I’d be wasting my practice time reading the subtitles instead of listening. Though, I might cheat a bit by watching a movie or an episode first in English, so I can concentrate on the vocabulary rather than on the plot.

It was watching something dubbed in Spanish that first led me to question subtitles. I was watching the first season of a very old program (St. Elsewhere, for those curious), and for some reason I couldn’t turn the subtitles off. The thing was, it wasn’t the English subtitles that appeared, but the Spanish ones.

Now, on the surface, there might not appear to be much difference between “Es muy gracioso” and “Es muy chistozo” which I would personally translate as “He’s very funny” versus “He’s a real joker.” But for a writer there’s a real difference, and I’d suggest that’s true for readers as well. One of my cousins suggested that this type of difference could be a question of South American Spanish versus Castilian Spanish (ie. the version of the language spoken in Spain).

And it’s the visit of another cousin that’s led to my present worries. She’s trying to practice her English, so we’re now watching shows in their original English, but with the Spanish subtitles to help her out in tricky moments. And here’s what I’ve noticed: the subtitles don’t always translate the dialogue. Sometimes the subtitles trim dialogue, giving the gist rather than the details. You can sort of understand that, considering the picture-equals-a-1000-words thing. The viewer can’t still be reading when the dialogue is long over.

But sometimes it’s a question of subtle changes in meaning. Let’s look at some examples from a single episode of Castle.

Just to start with, “Hey” doesn’t translate as “Hola”, though to be honest, I can’t think of the Spanish equivalent of “Hey” when used as a simple greeting. The older use of “hey”, as in “hey you,” translates as “oye.”

On the other hand, “Lady,” when used with an ironic tone, shouldn’t be translated as “señorita.”

“I just got the long face from the doc” isn’t exactly the same thing as “Mi doctor esta preocupada por mi salud.” Sure, both phrases indicate concern on the part of the character’s doctor, but the personality is missing. Let’s face it, “my doctor’s worried about my health” doesn’t have the same flavour, does it?

Here’s another: “You want to pick up the scissors and run around the house with them” becomes “Tomaras decisions apresuradas y podria ser peligroso.” (You’ll make decisions under pressure and that could be dangerous.) Well, yeah. But…

John Doe becomes Juan Perez, which, when you think about it, probably makes sense. And, the subtleties and colloquialisms can go the other way. “The room was tossed” becomes “el cuarto estaba patas arriba” or, “the room was all feet in the air,” which you have to admit is a great way of conveying the image of tossing.

But let’s turn to something nearer to our hearts, at least to mine, The Princess Bride. I’ve now seen this film dubbed in Spanish, and in English with Spanish subtitles. These are the things which leaped to the eye/ear.

But I know what you want to ask. What about the most famous line? And you’re right, it, too, is translated two ways. In the dubbed version “As you wish” becomes “Como ordenas” (as you command) and in the subtitles it’s “Como desees.” (as you wish). Which is also, by the way, how it’s translated in the novel. Why the dubbed version wouldn’t use that phrase is more than I can tell you

So it’s really the nuances, the subtleties, the things you use your thesaurus for, that get smoothed over and/or changed in subtitling. Something that as writer, I know I’d find frustrating. Makes me wonder about books in translation. But that’s another subject.

I understand the subtitle versus dub issue is a big one in Japanese Anime. And I’ve noticed it in dubbed/subtitled Chinese and Japanese films.

Putting subtitles AND a dubbed soundtrack on leads to some very strange results, large and small. (A particular scene in Crouching Tiger Hidden Dragon comes to mind)

As far as books in translation, have you read Le Ton Bon De Marot?

I watch a fair amount of Chinese movies, always subtitled, and I’ve also seen examples where there are one or two lines of dialogue that are actually spoken in English, and the subtitles don’t match what the actors are saying.

@ His Highness: No, I haven’t read it, though it sounds familiar. I used to reread Candide to keep up my French, but it’s been many years since I had time to keep up with 2 extra languages.

@JoeH: I think there must be a real art to it, maybe like court reporting, but I have to admit that sometimes I just don’t get why they’ve made the choices they’ve made. I’d love to talk to someone who’s actually done it.

I think the biggest question is whether the translation is being done (or at least being vetted) by a native speaker of the target language. But yes, I think doing a good translation is a real art form and I’m sure there are fascinating stories.

@ JoeH. Absolutely agree. From what I understand, the best translations ARE done by native speakers, who have a good grasp of the original language, obviously.
People often say to me “You’re lucky, you can do your own Spanish translation,” but that only shows they don’t understand. My Spanish is very good, but no where nearly good enough to do any novel, even my own, justice.
On the other hand, I know just enough to have my own opinion, and to annoy the pants off the real translator :))