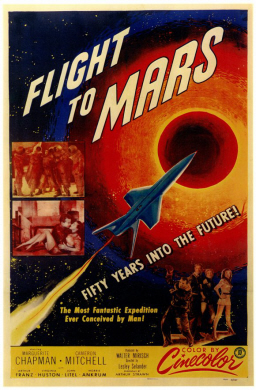 When I was growing up in Halifax, Nova Scotia, there was a theater that had a science fiction and monster-movie double feature every Saturday. After we finished our paper route, my brother Mike and I would walk downtown and plunk down our hard-earned money for three and a half hours of monster movie bliss.

The theater was always packed with screaming kids. There Mike and I saw films that are still burned into my brain today — like the terrifying Planet of the Vampires (1965), giant-monster classic Frankenstein Conquers the World (1965), and the greatest film of all time, Destroy all Monsters (1968).

You can’t walk downtown with 50 cents and watch a monster-movie double feature these days. Fortunately, you don’t have to — virtually every science fiction film of the 20th Century is available on DVD, Blu-ray, or download, for your home-viewing enjoyment. The real question these days isn’t how to see these great old films, but which ones are worth your time?

The answer, of course, lies on the Internet. There’s a ton of info out there, if you’ve got the energy to look for it (and sort out the relevant stuff). Or you could just rely on us — that’s what we’re here for.

One of the most useful articles I’ve stumbled on recently is Joey Paur’s Geek Tyrant piece “10 Great 1950s Sci-Fi Movies You May Never Have Heard Of,” which covers many terrific SF films I really enjoyed, such as When Worlds Collide (1951),  and more than a few I’ve never seen, such as Flight to Mars (1951) and 4-D Man (1959). Lots here to keep you entertained in the late hours — check it out here.

Thanks to SF Signal for the tip!

A nice list (though I wouldn’t call When Worlds Collide an especially obscure film) – Kronos is an especial favorite of mine; if the effects budget had been bigger, I think it would be remembered as a top-rank 50’s classic.

I’m embarrassed to admit I hadn’t heard of it. I’ll have to check it out!

It’s a good one, John! See it right away – “Waste anything but time!” (That’s from the movie, naturally.)

I remember reading When Worlds Collide (and After Worlds Collide; they were an omnibus edition) back in the day. Didn’t see the movie until many years later.

I don’t think I can watch Rocketship XM — the lack of apostrophes in the poster is like fingernails on a chalkboard.

Rocketship X-M is actually quite a good movie (within the limits of its budget, of course). The problem is that it’s currently only available in an edition in which Wade Williams, who owns the rights, has…messed (I had to choose my word carefully) with the special effects is some sequences, bringing them “up to date.” Grrrr! It’s still well worth seeing, ungrammatical posters and all. Lloyd Bridges was so shaken by his only experience in space that he gave it up for scuba diving…