An interesting aside for movie buffs is that German actor Rudolf Klein-Rogge (who was cinema’s original Dr. Mabuse) went on to play the mad scientist Rotwang in Metropolis. This fact is made even more interesting when one considers the fact that Klein-Rogge was also Thea Von Harbou’s ex-husband. Somehow, Faraj’s decision to incorporate Rotwang and his alluring android Maria into his Mabuse sequel makes sense in light of this knowledge. 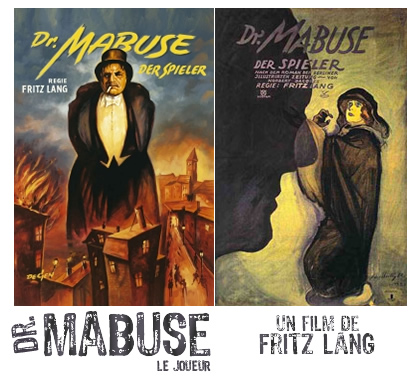 Of course, Faraj has set his aims far higher than mere in-jokes for movie buffs. Much of Etiopomar concerns mythology and mankind’s need for myths. Cinema has become the latest expression of mythology in world culture and the mythic belief that the dystopian nightmare of Etiopomar can find salvation as the utopia of Mabuse and Rotwang’s mad dreams is the central theme of this new film. Faraj’s dialogue and story point to the filmmaker’s need to constantly rework the past in mining the truth and reflects mankind’s unceasing desire to find new relevance in fairy tales.

A tremendous part of the first film’s success was down to Dark Shadows co-star Jerry Lacy in the title role. Those who have seen the first half are aware that Lacy relinquished the role to Nathan Wilson, who played Inspector Lohmann (a character introduced in Fritz Lang’s dark masterpiece, M (1931), who subsequently made an unlikely transition into the Mabuse series). Lohmann’s possession by Mabuse was in keeping with the original series’s exploration of the blurring of the line separating sanity and the supernatural. Viewers anticipating a traditional ending of good overcoming evil are misjudging Faraj and his worldview.

Two points to anyone who spots the in-joke reference to Gordon Hessler’s cult classic, Scream and Scream Again (1969), and understands its significance to the world of Mabuse. Faraj’s understanding of the genre’s tropes only adds to the viewer’s enjoyment and leaves one wondering if the similarities with Alan Moore’s League of Extraordinary Gentlemen graphic novels, which also draw upon mythology and pop culture (including both Mabuse and Metropolis, among Fritz Lang’s work) are deliberate or coincidental.

Ultimately, it is immaterial. What is consequential is that Faraj’s low-budget masterpieces are sheer delight for genre fans who view them as either contemporary standalone efforts or affectionate tributes to seminal works that have been absorbed into pop culture long after mainstream audiences have lost all connection with their origin. Etiopomar is a nightmare that genre fans will savor. Etiopomar is well worth checking out on Video on Demand. Find out more at http://www.doctormabuse-themovie.com/