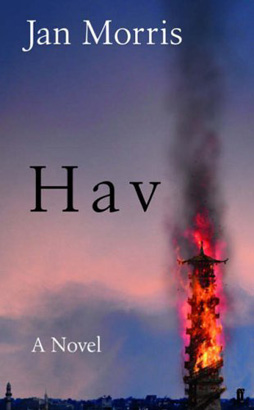 In 1984, writer Jan Morris spent several months in Hav, an idiosyncratic city in the Eastern Mediterranean. She left it just ahead of a violent insurrection and collected her letters describing the city into a book, Last Letters From Hav. Twenty years later, she returned to Hav to document what had changed, in a piece called Hav of the Myrmidons. Both were collected together in one volume, called simply Hav.

Hav, of course, doesn’t really exist. It’s not on any map of this world; true places (to quote Melville) never are.

Morris created Hav, situating it in a specific place and imagining a history for it which she then proceeded to uncover as a tourist. Morris is an experienced travel writer and she brings Hav alive, its foods and dress and sights, its flora and fauna and geology. She has a fine eye for detail and a strong prose style, conveying much in a brief space. She’s also reflective, contemplating on the things she sees and her own perception of these things: one can certainly argue that that’s what the book’s about: What she knows of Hav, what she learns and how, and what will always remain mysterious.

The first book, Last Letters, takes the form of six letters written over as many months. We meet some of the people of Hav, learn about the odd mix of cultures that made the place what it is, and see many of its unusual sights and traditions. But we also see strange things happening, things that the natives gloss over, but which disconcert Morris. She penetrates deeply into the nature of the city, finally encountering a surprising secret society; and then she leaves, just moments before some kind of upheaval strikes the city. What’s happening? Who’s behind it? Much is left ambiguous, though there are hints. 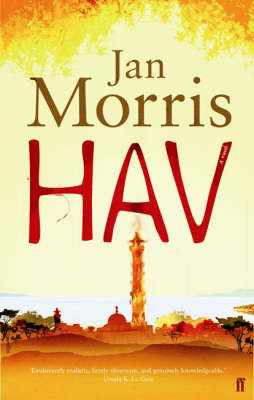 Hav of the Myrmidons answers some questions, while artfully leaving others open and suggesting some new ones. Here Morris returns to Hav to find it become, in its distinct and wayward fashion, an urban space of the twenty-first century. Except where it hasn’t. Much has been lost. Much is slipping away. The forces of globalisation are taking a dreadful toll: Hav’s become profoundly associated with the Myrmidons, the ant-people, warriors of Achilles who overran a famous city in Asia Minor, and if this brings luxury for some few, it also implicitly ignores the real complexity of the city’s cultural mosaic.

For Morris has made us feel the many surprising, incredible, yet weirdly plausible histories that have mingled in Hav. “Rivers of history,” she writes; and we have seen them. Greeks, Turks, Russians, French, English, Chinese, Celts, a native stock of ‘Troglodytes’ who dwell in labyrinthine caves — they all have their histories, they have all contributed to shaping the nature of the place. Hav is embedded in the arts and culture of Europe and Asia. Twain and Sigmund Freud passed through. So did Wagner and Saladin (gracious in his victory over the city) and Nijinsky. Le Corbusier designed one of the buildings in the French Quarter. Supposedly Hitler passed through the place. Supposedly T.E. Lawrence and Kemal Attaturk met there and planned the course of the Arab Revolt. 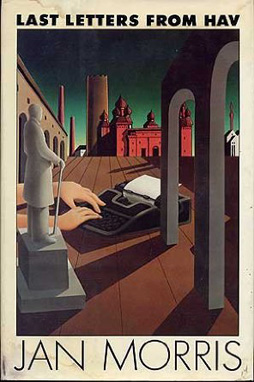 Of course, these latter stories are probably not true. But one of the most fascinating aspects of Morris’s technique in these texts is the way in which she collects stories and layers them atop each other, much as they are layered in Hav. It’s only right that her own stories sit one atop another: the later story challenges and deepens the first. And the first, in turn, has had its own effect setting up the second — the people of Hav read Last Letters From Hav after it was published and used it for their own purposes. Morris is disconcerted to realise how a seemingly pedestrian passage in her book has become a part of the official propaganda of the city’s new rulers.

So in terms of fictional technique, Hav’s a metafiction, aware of itself. And at the same time it’s barely a fiction; although compulsively readable, with surprising developments as the book progresses, its plot remains in the background. Morris’s technique here is incredibly subtle, creating a place and making the creation and exploration of the fictional place the real movement of the story, while also building that story out of the stories of many other places and peoples.

It’s almost too reductive to look at Hav as a fantasy; it’s presented so matter-of-factly as a real place, one wants to treat it as such. It’s so pleasant, in Morris’s description, you want it to be real, you want it to exist and justify the love with which she describes it. But a fantasy it is, for better or worse, and as such it’s fascinating. 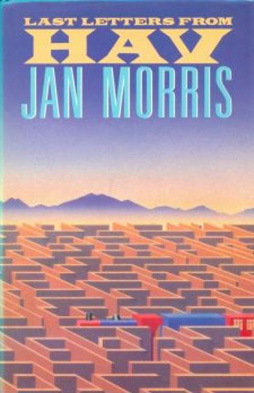 There was an essay by M. John Harrison some while ago in which he decried world-building as “the great clomping foot of nerdism.” His point, as I understand it, was that a world cannot be built, not in the full detail of the living world, and attempts to do so tend to get in the way of the art of writing. Which is true, but obvious — social realists can’t cram the actual everyday world into the space between two covers, either. It seems to me that the point of art, in a sense, is to find the resonant moments that convince the reader (or audience) that the fictional world exists, in all its variety. To make the reader complicit in the worldbuilding. That’s what Morris does with Hav, making the place credible. And she does it, on one level, by a catalogue of detail and fact. But the way in which she conveys those mere facts, the way the place presents itself, makes the story work.

Without making it obtrusive, Morris never lets you forget that you’re seeing all this matter through her narrator’s eyes. The book is character-based. From a certain angle, you could say that it’s a reminder of how we see what we want to see: that we see the world not as it is, but as we are. And at the same time, we affect the world we see; rather, perhaps, as the various cultures and nations that have lived in or have conquered Hav affected the city.

We do meet other characters: a British spymaster, an intellectual named Borge, a former Nazi and war criminal, an aspirant to the Caliphate claiming to be 125th in line of descent from Abu Bakr. They are all vivid, all captured briefly, all seeming to embody some aspect of the place. Character and setting fuse.

The book also introduces many of its symbols with a charming directness. We learn the symbols of Hav and see them reflected in its traditions. The labyrinth perhaps especially, which we see in everything from the caves of the Troglodytes, who originally inhabited the land of Hav, to a ritual roof race that is Hav’s answer to the Running of the Bulls. There is an ancient statue of an Iron Dog in the harbour into which people through the years have etched their names. And there are those locals, named Kretevs, who the Welsh Morris assures us are Celts:

In the second or first centuries before Christ, the theory is, Celts from the Anatolian interior found their way to the edge of the great escarpment and saw before them, probably for the first time in their lives, the sea. So blue it seemed, we are told, so warm was the Mediterranean prospect, that they called the place simply ‘Summer’ — still hav or haf in the surviving Celtic languages of the West, just as ‘Kretev’ is thought to be etymologically related to the Welsh crwydyr, wanderers. 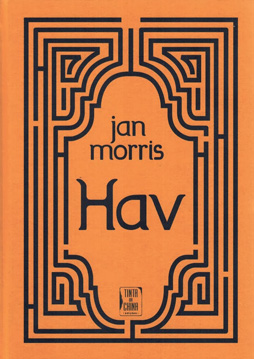 It is interesting to note that Morris herself, a veteran travel writer, could be characterised as a wanderer.

At any rate, time passes and in the second book we see that many of the local traditions we learned in the first book have ended due to violence and regime change. The music that greeted the dawn in Hav is altered. Some of the great buildings have been burnt. The delicious snow raspberry can now be bought, flavourless, in tins. History is, at first glance, lessened; but the more we see of this new Hav, the more we see that much has survived, if changed. History keeps going. The stories that make up Hav have been rewritten, as they will be again.

Not all the questions of Hav are answered. The place is in many ways ultimately unknowable, which I take to be the point. But for all the ambiguities in the story, Hav as a place is, to repeat a word I used above, delightful. It is full of its own delight and inspires delight in others. Hav is a fictional place and yet it is true. Of course it is down on no map. True places never are.

Very interesting piece, Matthew – as was your previous one. Re imaginary but near-real European countries, the only example of this particular genre I remember reading is Le Guin’s ‘Orsinian Tales’. I wonder (and without wanting to diminish Morris’s achievement in any way) how much her own history influenced the book’s themes?

I’m not sure I agree with Harrison. There’s nothing wrong with world-building, providing it doesn’t result in info-dumps by the author. What would ‘The Hobbit’ have been like if Tolkien hadn’t written ‘The Silmarillion’ first?

Thanks, Aonghus! “Orsinian Tales” is definitely a good comparable here. I guess there are some other things slightly similar, like Hardy’s Wessex novels, but not many.

As for Morris’ history … I don’t know. There’s an afterword in the edition I read that mentioned that the book was an allegory, though only one person was able to figure out for what. I am not that person, I’m afraid, but it’s certainly food for thought.

As far as I understand Harrison, he seems to be opposed to world-building because it dictates too much to the reader, and impairs their ability to find their own meaning in the text. I tend to agree with you — as an imaginative technique, it absolutely may help some writers enter into their creation. It’s all in how it ends up in the final work.