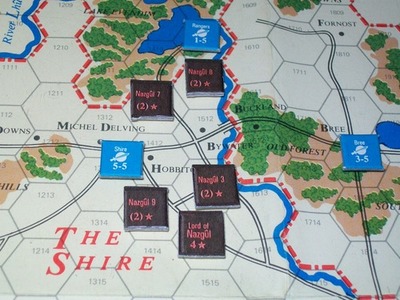 In writer’s jargon, they are often called “secondary worlds.” They are places of imagination where we authors create characters, towns, city-states, nations, and even entire planets. One of the aspects of writing I love best is the ability to fashion my own setting, from the politics and government down to the clothing fashions and local foods.

As a fantasy reader, I’ve had so many favorites over the years. They have inspired and amazed me. Here are some that I’ll never forget.

Middle Earth: J.R.R. Tolkien’s The Lord of the Rings is a fantastic epic for many reasons, but one of the most enduring is its setting. Middle Earth.

Tolkien may have created the most elaborate, detailed fictional setting in history, even creating his own languages for the various races. Some detractors have called his opus a “travelogue,” but to read LOTR is to enter a living, breathing world, both familiar and strange. Sometimes the journey IS the adventure.

Krynn: The setting of The Dragonlance Chronicles is a world called Krynn. Home to many fantasy races and strains of humanity, Krynn reminds me of the sprawling D&D campaign worlds such as Greyhawk and The Forgotten Realms, only with more soul. 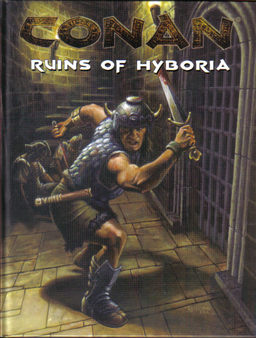 I loved how the world played an integral part in the series, through its mythology and politics and how they made the war feel more cross-sectional. No land or people were spared from the conflict.

Hyboria: As most of you probably know, I love me some Conan. Robert E. Howard’s stories evoked a sense of wonder in me that has never left. His setting for Conan is the Hyborian Age, a fictional epoch somewhere between 10,000-30,000 years ago.

Although it doesn’t have elves or dragons (usually), Hyboria is a vibrant world of many nations and cultures, and we see most of them firsthand from Conan’s perspective as he fights and wenches his way across the realms.

Westeros: I don’t need to elaborate much about this world because George R.R. Martin’s mega-epic, A Game of Thrones, is so well-known. More than anything, I admire Martin’s attention to detail in this setting. The people and places feel like they could spring off the pages.

I’ll admit that I enjoy the Seven Kingdoms to the lands across the Narrow Sea, but this world does at times feel ever-expanding, as if no single series — no matter how long — could encompass everything. And that is the mark of a spectacular setting.

Cenaria: Brent Weeks set his Night Angel saga in a country with incredible dynamics. From the different types of magic-users and artifacts to the exploration of religion and the various levels of society, this series packs so much into every page.

I especially enjoyed the various elements of the criminal underworld, the perfect crucible for a boy with a great and terrible destiny.

Malazan Series: Now I’m only about70% through this series, but so far I haven’t run across a name for the world setting. We do get plenty of place names, though, including continents like Genabackis and Quon Tali with incredible maps.

The scope of this epic is just breathtaking, and so is the setting. Encompassing so many cultures, including extra-human races with histories that go back hundreds of thousands of years, the series is almost too much to absorb at times. And yet, the struggle is delicious.

Those are some of my favorite fantasy worlds. They live within me, sometimes more real than the everyday world. To each of these authors I owe a debt of gratitude for inspiring in me a desire to create my own sandboxes to play in.

To this day the Greyhawk setting has a special place in my heart. I realize all its faults, its mish-mash of cultures that seems nonsensical, its disorderliness, etc., but I still love it. Probably because it was the first fantasy world in which I gamed.

I’m envious of you on the Malazan series. I finished the original Books of the Fallen a couple of years ago, and there’s nothing like discovering it all for the first time. The series has a few faults, in my opinion, but those can easily be overlooked for all that is right within those many, many pages. Includes some of the best fantasy characters I’ve yet to discover, and some of the most noble, which is interesting considering the general greyness of the world and the majority of its characters.

I’ve had a soft spot for Greyhawk ever since I brought home the original tan folio and unfolded those maps.

My favorite fantasy world, though, is unquestionably M.A.R. Barker’s Tekumel.

Those are all great choices.

On an RPG front, I really like the mythical setting of Glorantha, the over-the-top world of Exalted and the dark horror of the worlds of Ravenloft.

Novels…there are plenty of novels whose worlds I could wander forever, from the Ringworld to the Eternal Sky

Although not a literary world, I would add Tamriel, particularly in how it is represented in Skyrim. Every time I play it (and I play it a lot), I think “Man, I would LOVE to read a well-written novel about the Dragonborn!”

But, your list already points out my two favorites in The Hyborian Age and Krynn. I would also add the world that the The Iron Tower series (Dennis. L. McKiernan) take place in. Very derivitave of Tolkien, but still very rich and enjoyable.

I want to travel Le Guin’s Earthsea by sailboat. I’d stow my imaginary spelunking gear in the sailboat, because I want to see Tenar’s cavernous labyrinth on Atuan.

@Tdoolan – McKiernan used to live here in central Ohio. I looked up his number in the phone book, called and he invited me out to his house. He signed a half dozen books and talked about other fantasy authors he liked and ICE role playing. Super nice guy.

Seeing that photo makes me regret letting my SPI ‘War of the Ring’ go.

I only played it a few times, but it was so _epic_, I kind of wish I had kept it.

I have to come with a correction. Tolkien was not the only one to create an elaborate and very detailed fictional setting, with fictional languages. M.A.R Barker with his world Tekumel(a world created for roleplaying) matches Tolkiens Arda pound for pound in sheer detail.