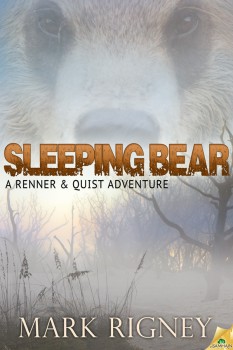 When I first dreamed up my odd-couple pair of Renner & Quist, one of the many goals I had in mind was to write their stories specifically and consciously as adventures. This was not perhaps the most sensible decision, given a literary market polarized between nominally realistic “grown-up” fare and the highly fantastical tomes aimed at teens. (I shall not deign to even mention Romance; call me biased, go ahead. I can take it.) Nor did my conception of Renner & Quist allow for them to don armor, wield swords, or inhabit some far-flung or alternate world. No, these two, Reverend Renner being a Unitarian Universalist minister and Dale Quist a former P.I. and ex-linebacker, required a contemporary setting; to emplace them elsewhere would be to guarantee that any stories woven around them would be untruthful.

This is not to say that I’m against high fantasy; quite the opposite. I’m here, aren’t I? For further proof, take a gander at my Black Gate trilogy concerning Gemen the Antiques Dealer.

But not all ideas trend that direction and with Renner & Quist, I knew I had nearer waters to chart. Now that their second novella, Sleeping Bear, is out in the world, and with their first proper novel, Check-Out Time, very much in the production pipeline, it seems high time to explore what remains, in the 21st century, of that cracking good term, “adventure.”

I’ve come to believe that the same definitions I held about “adventure” when I was very little still hold weight today. True, I couldn’t fully apprehend or even express that understanding at, say, age eight, but even so, I knew perfectly well that adventure involved heroism: difficult goals tackled against a backdrop of appalling odds, often for a noble or at least a defensible cause. Perhaps most importantly, physical effort would be required. Real-world heroes can of course be quite reserved and may rely on weapons other than weaponry; John Lennon and Nelson Mandela spring to mind. But adventure heroes must sally forth. They must shimmy up the rope that’s sure to break, fray, or come loose. They must leap from one horse to another to stop the runaway carriage, or, barring that, they must out-duel the greatest swordsman on the planet. While injured. In quicksand. 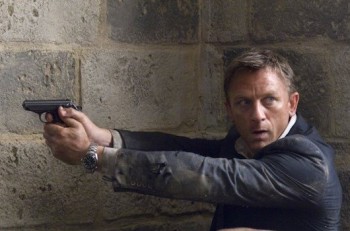 Not long ago, I wrote up an appreciation of Skyfall, the latest James Bond vehicle. Bond is most certainly a contemporary, if world-weary, hero. He defends those in need with little or no thought for himself, and he does so with a feral physicality that is astonishing (and perhaps even a mite disturbing) to behold.

That Bond does so while surrounded by peaceful roadways and modern cityscapes is part of what makes Bond so riveting. He’s an anachronism from the get-go, a hold-over of the knights-errant — those knights, that is, that really did swing a sword for a living.

Bond gets help from couch-potato computer specialists, sure, but while he exhibits a certain mastery over the digital world, his modus operandi is tactile, visceral. He must be so, because we viewers (and readers) who seek adventure will not cotton to a hero who sits demurely at a console, typing (as I am typing now); we demand that a hero be in motion.

My semi-dynamic duo is a far cry from Bond, especially Reverend Renner, who is petite and mousy and brave only in spurts, but this is by design, a deliberate contrast with Renner’s massive and swaggering partner, Dale Quist, who believes (with some justification) that there’s no problem on Earth he can’t solve by treating it like an opposing quarterback and sacking the living daylights out of it. 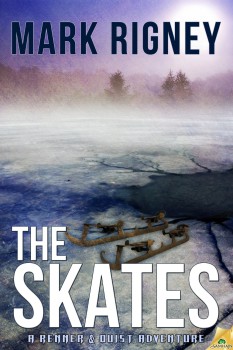 The key conceit attendant in all the Renner & Quist stories, including “A Perfect Wedded Bliss” (published in Issue #48 of Not One Of Us) and “A Small Northern Inheritance,” (set to appear in an upcoming issue of Cemetery Dance) is that both men are sensitized to the supernatural. Thus, they stumble into trouble far more often than “ordinary mortals” and their various adventures kick in as they attempt to extricate themselves and their friends from their latest spectral briar patch.

Both Renner and Quist get ample room to flex their heroic elbows in Sleeping Bear, which is (to loosely quote David Duchovny, referring to a particular X-Files episode), “the most rock and roll” of the stories so far. Their primary antagonist isn’t (and wasn’t) human: it’s a bear, desecrated after its demise, and left with little more than a most unpredictable brand of rage.

This bear-creature is not some cozy parlor ghost, no, indeed. This brand of revenant will require physical, heroic solutions, the two primary ingredients for what I see as a strong cocktail of contemporary fiction and adventure lit.

As a final point, I am currently teaching a creative writing class, a mantle I assume rarely (once every seven years, at current count). About half of my reading list covers “fantasy,” interpreted in its broadest sense: authors include H. P. Lovecraft, Karen Joy Fowler, Donald Barthelme, and Karen Russell. The other half tilts toward “literary fiction.” It’s worth noting that in neither camp is “adventure” implied or guaranteed. Adventure fiction is out on its own branch of the fictional family tree and the adrenaline shot it provides is thus uncommon almost by default.

In fact, now that I look back over my reading list, all short stories, poems, and plays, I can’t claim to have included a single out-and-out adventure. (One possible exception might be Siegfried Sassoon’s World War One depiction, “Counter-Attack.”) How revolting: even I, a fan and practitioner, am in the business of marginalizing the adventure genre. 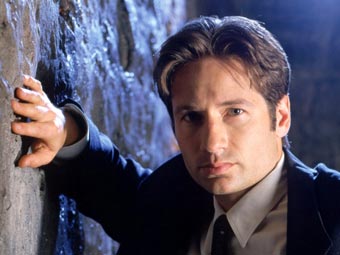 Yet adventure fiction clearly remains popular. The best-seller lists are rife with “thrillers,” the present-day descendant of yesteryear’s adventure lit — and let’s face it, a craving for adventure is why you, gentle reader, are here right this moment, perusing Black Gate. And it’s what I still strive to include — not in all my fiction, no — but certainly with Renner & Quist. Adventure for the current world, adventure with social and political relevance, yet not lacking in pace and thrills and what some genre writers, borrowing from the cinema, call “set pieces.”

I’ll say this: adventure sure is fun to write.

(At least one person thinks it’s fun to read, too: Black Gate‘s William Patrick Maynard reviewed Sleeping Bear on Valentine’s Day, 2/14/14, and he was so darn complimentary (that’s Quist talking) that I’m still blushing five days later.  If you wish, you can find his review HERE.)

Blushing or not, I’ll be back in a couple of weeks with further thoughts on genre and adventure, spurred on by none other than Joyce Carol Oates.

‘Til next time, dream hard.

[…] trade paperback and $5.50 for the digital edition. Be sure to read Mark’s article on the series, The Adventure Continues: the Return of Renner and Quist, published right here in […]