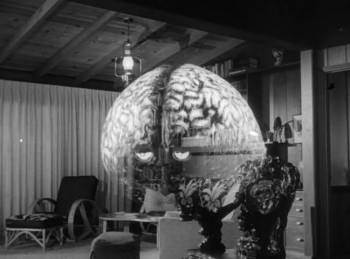 “A naked, growling man was shot dead by cops after biting a teenager’s face and attacking a retired police officer on Wednesday, officials told reporters.”

More details follow, although I have redacted the names of the individuals involved (a quick Google search can sate any curiosity you might have in that regard). My focus is not on the story per se; rather, I want to use it to make a point about your mind, and how I know what it’s thinking. Yes, yours, dear reader. Read on…

Here are a few more tidbits culled from the story:

“[The man], who was 6-foot-3, 250-pounds and described as having the build of a football linebacker, seriously injured the 66-year-old retired policeman before chasing a father and his 10-year-old child down a road near Delray Beach . . .”

“[The man] then chomped on the face of 18-year-old [guy], who had stepped in to protect his sister, and only let go when [guy] stabbed him with a box-cutting blade . . .”

“[The sheriff said that the man] appeared to be in ‘some state of psychosis’ and was apparently unaffected by attempts to subdue him using a stun gun.”

“One of the deputies shot [the man] three times because he feared for the life of himself and fellow officers . . .”

This is a tragic story, and I have left out the names because the man undoubtedly had loved ones who are mourning his bizarre end. 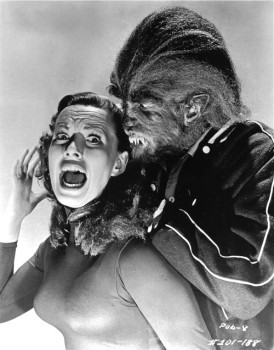 The reason I have rushed through the black gate today, brandishing this article in my hand, is to discuss my initial reaction to it, which I’m guessing approximates your own, and which may reveal something about our culture salient to a topic of interest here at Black Gate.

“Naked, Growling Man Shot Dead by Cops After Biting Teen’s Face”: My initial thought when I first read that headline was, “Werewolf. Did the guy think he was a werewolf?” Reading further along in the article, “zombie” certainly enters the picture.

Indeed, the father who was chased told reporters, “This is kind of like something you see out of a zombie movie.”

Think about that: the guy who’s being chased with his ten-year-old daughter by a hulking, naked, growling man thinks to himself This feels like we’re in a zombie movie. Maybe the comparison only occurred to him afterward, on reflection – the quote didn’t make that clear. But what would you be thinking, in the moment, in that situation?

I’d love to conduct an informal poll to see what popped up in your brain first when you saw the news headline: 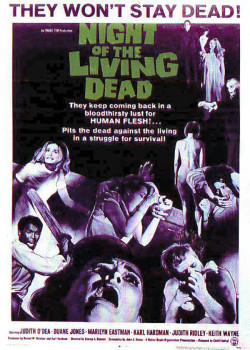 You’re a reader of Black Gate; it’s a pretty safe bet that at least one of those scenarios crossed your mind, just as it did mine. Not that any of us thought for a moment that any of those options were credible; that’s just where our imaginations immediately took us.

Some might see it as distasteful or inappropriate to equate a real-life tragedy like this with a horror picture. But I’m not saying that’s where we should go with such a story; I’m arguing that it’s the place we start out, the first involuntary thought that arises, a Pavlovian response. We’re basically hard-wired now to see things, at least initially, through that lens.

One might counter that I’m a writer of supernatural horror fiction; many of the visitors to this site are readers of such fare; our imaginations already lean that way. If I had the resources I’d hire a survey company to back up this guess, but I’d wager that such a thought (zombie or werewolf or demon) occurs in the minds of, oh, at least 90% of Americans seeing that article. (If you limited it to a 55-and-younger set, I’d say that percentage goes up to 95%).

So what does that say about our culture? First, I don’t think it’s necessarily a bad thing – I’ve argued before in this blog that our ability to draw comparisons and points of applicability from our myths, legends, and folklore to the “real” world is a useful and generally healthy one. Also, some have posited that one role monsters play in our collective lore, psychologically, is to act as a filter, a sublimation of real horrors – a speed-bump, if you will: before our mind goes rushing forth to grapple with the real horror of this spectacle, a man out of his mind biting strangers, we pause a moment to think, “Wow, that’s like right out of a zombie movie.”

The other observation I wish to consider for a moment is this: just how saturated is Western culture now with myriad incarnations and variants of witches, vampires, werewolves, and the undead? 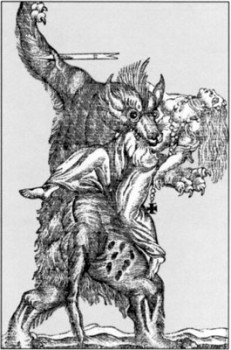 I’d reckon that monsters have at no time been as prevalent since the Middle Ages. The difference between then and now, of course, is that back then most people believed such things were actually real. People in the Middle Ages had good reason to be somewhat obsessed with terrifying supernatural entities: they believed a sorcerer might actually be summoning demons in the next village or that there could be a witch living right next door (a point C.S. Lewis made about the original audiences for Shakespeare’s The Tempest).

In the Middle Ages, folks would have immediately concluded from the behavior exhibited by this man that he had been possessed by a devil or perhaps infected with lycanthropy. Today, we immediately suspect that drugs may have been involved, or, if the toxicology report comes back stating otherwise, that there is a neurological explanation — that somewhere in the complex web of neurons in the miracle of the human brain, something broke down. In short, he snapped and uncontrollable, primal, aggressive urges took over.

Interestingly, we now see such an incident with a metaphoric overlay of those monsters that are centuries or millennia old: the Hyde emerging from his hiding place in the seemingly normal Jekyll; the wolf rearing its ravenous head behind the face of a man. The werewolf has come full circle: no longer given literal credence, but serving as a strikingly apt analogy for the terror we know lurks within us should things go horribly awry.

Most of us don’t believe in these monsters in the twenty-first century, in this enlightened age of science (although with the recent spate of monster-hunting documentaries on cable, that might be a dubious claim); so what accounts for the prevalence of, and the fascination with, these ages-old bogeymen today? 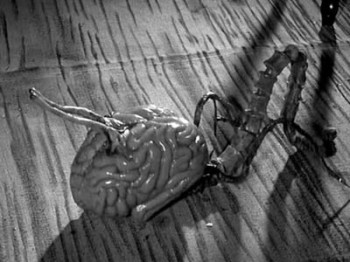 That is a question begging for further study. I’ve read plenty of articles that draw parallels between particular monsters and corresponding real-life horrors, demonstrating how such monsters can be stand-ins for legitimate fears. I’ve read books that examine the evolution of horror from the gothics to the contemporary cineplex. What I’m looking for, though, is a more comprehensive study, a book that takes in the whole phenomenon and tries to unpack why monsters and ghosts and demons should have become so ingrained in our collective unconscious at this time. I have some half-baked ideas of my own, but I’m inexhaustibly curious about what others have to say on this subject.

If anyone knows such a book, I would welcome the recommendation. If no such book exists, perhaps I shall have to write it.

My first thought was zombie, but on reflection, werewold is a better fit.

Were I in the position of the guy fleeing with his kid, I’d have been thinking something like “What would Buffy do?” or “What would Sarah Connor do?” One function of fiction is imaginative rehearsal for situations in which thinking things through from first principles would be too slow or too error-prone.

Sarah, my wife said she didn’t think zombie at first because she imagines zombies moaning, so when she read “growling” in the headline she was “immediately, like, werewolf.” Buffy could handle any of ’em.

I’m in 100% agreement with Neil Gaiman, and with G.K. Chesterton, J.R.R. Tolkien, and C.S. Lewis, all of whom made similar statements. In fact, I think Neil was paraphrasing Chesterton when he said that.