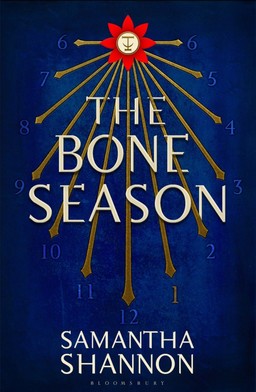 Read this book. Just read it. Ignore the reviews that call Samantha Shannon the next J.K. Rowling, or call the series that opens with The Bone Season the next Hunger Games. Most importantly, ignore the jacket copy, which spoils a big reveal that is best appreciated in a state of shocked astonishment alongside the protagonist’s own. For that matter, I give you leave to ignore everything about this review I am writing right now except the first sentence, which I am not abashed about reiterating: Read this book.

If all the comparisons in the mainstream reviews are off the mark — and the ones I find bandied about online all are — then what is The Bone Season?

It’s the book you would get if Philip K. Dick decided to write about the wild Victorian occult scene that flourished under Madame Blavatsky, blossomed again in the time of W.B. Yeats and Aleister Crowley, lingering until it faded with its evenstar, Dion Fortune. That is, if Philip K. Dick decided to take all that supernatural grandiosity, and steampunk adaptations of Victoriana,  and turn them on their heads by transposing them into a dystopian near-future historical moment that feels intermittently like  hard SF with its what-ifs scrambled.

It’s Minority Report meets Oliver Twist in the secret séance parlor of Martha Wells’s The Death of the Necromancer. Sez me. But the readers of Cosmopolitan don’t speak geek, so instead Cosmo conjures the ghost of J.K. Rowling, because hey, the blasted ruins of Oxford being repurposed as a prison camp for deliberately starved clairvoyants is a setting so reminiscent of Hogwarts. Oh, well. I’m sure someday I’ll write a review that far off the mark, too. (But not this day.) 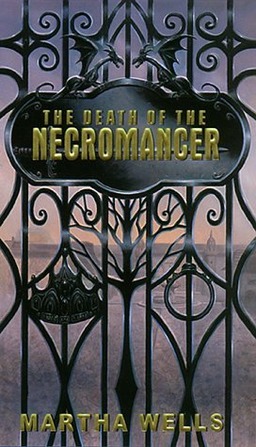 Paige Mahoney, a dreamwalking spy for a supernatural crime syndicate, thinks she knows what kind of story she’s in. She tells her well-meaning father she works at an oxygen bar, selling the only legal high in totalitarian Scion London. Instead, she spends her work days with her consciousness stalking other people’s dreamscapes while her body’s on life support in her gang’s hideout. The law bans her talents, and would sentence her and her friends to hang for abilities they never chose and can’t get rid of. Paige fears the law, but at least she feels like she understands it. She knows how to survive in the world as she’s been taught to see it at school, and in the underworld as she’s been taught to see it by her amoral mentor.

Then one day, her talent manifests in a way she never wanted it to, and she descends into a world of even greater surveillance, control, and paranoia that underlies both of the tough realities she’d thought she understood. She has excellent reasons to doubt her own memories and the evidence of her senses, in a world where several types of clairvoyants and several kinds of drugs are in play, and on several occasions warp her perceptions against her will. What is real? Who can be trusted? Who is worth saving? One thing’s for sure: Paige won’t be able to save everybody who deserves it. She struggles, she make some awful miscalculations, she finds herself beholden to some people she has reason to want to kill. Ultimately, she comes into her own, sorts friend from foe, and kicks butt.

What makes Paige different from all the other kick-butt heroines in urban fantasy? Her syndicate mentor has trained her to project a deadly attitude, and tried to prod her toward lethal applications of her dreamwalking ability, but Paige hates hurting people. Even people who mean her deadly harm. Even people who aren’t exactly people. She gets in as much trouble for, and often does as much damage through, her acts of mercy as her acts of aggression. The central struggle of the book is Paige’s struggle to find a moral compass that works in the untenable situation she’s in.

Oh, yeah, and there’s a love plot, but do not fear. There were moments when I thought, “Oh, this is a much smarter, much more engaging take on the love plot in Twilight,” and then Paige Mahoney would do something that made clear she was the anti-Bella. I won’t say more about it than that.

Even more than I liked the love plot, I enjoyed the action set-pieces. The combination of physical and aetherical combat works beautifully. Best of all is the chain of disasters in which Paige’s captors force her to fight her old criminal comrades, with the well-being of her friends among her fellow captives at stake. Nobody comes out of that fight clean or unscathed, and from moment to moment I had no idea what might happen next. I could not put it down.