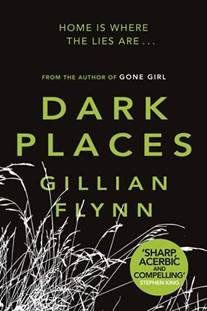 This time next year, fellow Chicagoan Gillian Flynn is going to have one heck of a fall season with two of her best-selling novels headed for the big screen.

David Fincher’s high-profile thriller Gone Girl, starring Ben Affleck and Rosamund Pike, releases October 3, 2014 but this week it was announced that Flynn’s earlier cult thriller Dark Places is nearly in the can, with Frenchman Gilles Paquet-Brenner behind the camera and Charlize Theron in front of it.

Dark Places was published in 2009 and at the time was listed on the New York Times Best Seller List for hardcover fiction for two consecutive weeks. The book was also shortlisted for the Crime Writers’ Association Ian Fleming Steel Dagger Award and won the Dark Scribe Magazine Black Quill Award for Dark Genre Novel of the Year.

Flynn’s more recent novel, Gone Girl, spent eight weeks at No. 1 on the hardcover fiction best-seller list of The New York Times, and has sold more than two million copies in print and digital formats.

The plot sees the seven year-old Libby Day witness the murder of her family, seemingly the work of a Satanic cult, and testify against her own brother (Stoll) as the murderer. 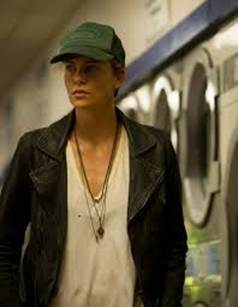 Fast forward 25 years and the grown-up Day (Theron) has to face some unpleasant facts about the case. Approached by Nicholas Hoult’s vigilante sleuths The Kill Club, she’s forced to re-evaluate her original version of events.

Theron will also produce through her Denver and Delilah Productions with partners Beth Kono and AJ Dix, which may contribute in some part to negotiations for the lead role abruptly breaking off with Amy Adams at the end of last year and switching to Theron.

Currently in post-production, Exclusive Media is still being rather stingy with any information on Dark Places, though they debuted footage this week at the AFM event (American Film Market), the global conferences for financing, marketing and distributing new films.

For the rest of us, there was only this still of Theron as an adult Libby Day (at right).

Having read neither, I have nonetheless queued up Dark Places on my reading list after doing this research.