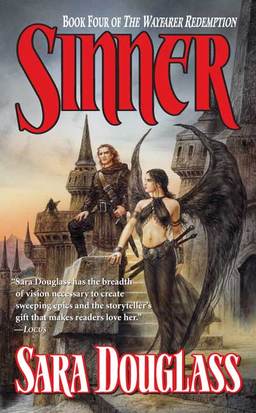 1. The Axis Trilogy and The Wayfarer Redemption, by Sara Douglass 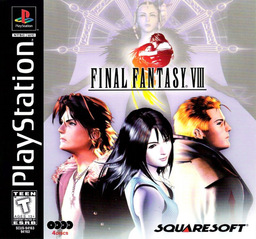 I can still remember the moment I first discovered them in my high school library; everything about them drew me in, but as I was a conservative child, wary of reading outside my comfort zone, it took weeks and weeks of contemplation before I finally borrowed them.

Once I finished the first three books, it was longer still before I braved the second, more harrowing trilogy. I didn’t want to see the characters I’d come to love in the early volumes made broken and forced to suffer, as the blurbs clearly stated they would, but eventually, my curiosity won out. I soon bought my own copies and went on to read and reread the entire cycle at least eight times in the space of the next six years – no mean feat when you consider the size and length of the books.

It’s been years, now – perhaps as long as a decade – since I last read them. Earlier this year, though, with my childhood copies locked away in storage on another continent, I bought Battleaxe as an ebook and started rereading it – and instantly, my memories of the entire series came flooding back.

As problematic as I now realize the novels are in many respects (there’s some seriously squicky sex/rape, a fair bit of stereotyping and racefail, and some very questionable relationship dynamics portrayed as healthy and loving), they’re also the reason why I still thrill to stories about oppressive, puritanical monotheism being rejected by magical, woman-friendly paganism. 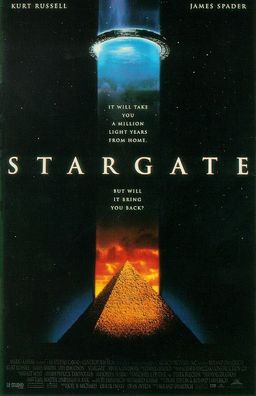 Perhaps more importantly, though, they also introduced me to the idea of a magical world being founded by people from our world; throughout both series, but more overtly in The Wayfarer Redemption, the magic of Tencendor is steadily linked with the technology of long-ago starfarers fleeing a ravaged Earth. It’s a small detail in the overall scheme of things, but one I found absolutely compelling at the time and which continues to underlie my narrative preferences now.

For anyone familiar with the Final Fantasy franchise, FF VIII is often described as something of a black sheep, primarily due to the fact that the system of magic usage and acquisition was a clunkier, less intuitive departure from what had come before, particularly in the almost universally beloved FF VII.

But VIII was the game that introduced me to the series as a whole and which I still love now. As a teenager, I learned about it through a friend who was so enamored of the unfolding plot that she’d ring me up at night to tell me what had happened to the characters on that day’s play, investing me in their narrative. My first true experience as a shipper came from the unfinished fics I wrote pairing Quistis with Squall or, sometimes, Irvine (a character whose dialogue leaves my adult self feeling much less well disposed towards him).

There’s so much about this game I love, but more than anything else, it left me with an absolute weakness for stories about groups of orphans gathered and trained together, forgotten history plots, and powerful sentient creatures that can be summoned on demand. 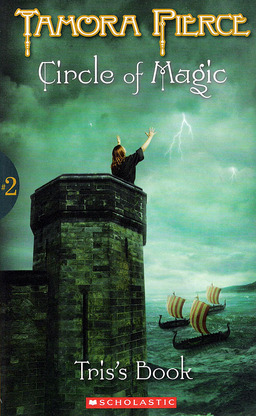 Long before there was a series of Stargate-themed TV shows, there was the Stargate movie.

After a recent re-watching, my full thoughts can be found here, but in summary: this is the film that made me think that spaceships, mythology, and archaeology all belonged in one setting – a conviction I have never lost. Whenever I watch a film or read a story that purports to put these elements together, consciously or not, Stargate is my yardstick for success.

4. The Circle of Magic quartet, by Tamora Pierce

As with the works of Sara Douglass, I first discovered Tamora Pierce in a library – this time, the public one near where I lived. And as with Sara Douglass, I still remember the moment I first pulled these books from the shelf, holding them and feeling instinctively that I would like them.

There’s an enormous sense of empathy in Pierce’s works – her characters have strong, caring relationships with animals, are often subjected to bullying (which they always fight, both for themselves and on behalf of others), and are overwhelmingly outcasts.

And while I’ve come to love her entire canon (albeit with some critical reservations at times), the Emelan and Winding Circle books have always remained special to me, not only  because they were the first ones of hers I ever read, but because their narrative arcs encapsulate just about everything I love to see in YA fantasy. 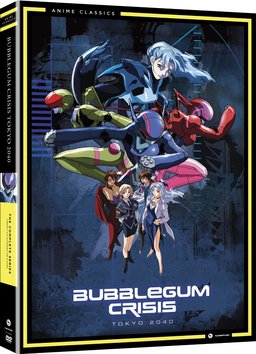 The same friend who introduced me to FF VIII was also, coincidentally, the friend who first showed me anime. Together, at her suggestion, we watched Akira, Ghost in the Shell, and Vampire Hunter D, but I don’t remember which of us discovered Bubblegum Crisis; only that we quickly became obsessed with it.

Not only did it have an all-female cast of action heroes – something alien and remarkable when compared to my experience of Western films and shows – but it also featured mad science, robots run amok, vigilante justice, rock music, clones, and a burgeoning romance between Priss, the crime-fighter/rockstar, and Leon, the police officer dedicated to catching her.

Priss was my introduction to badass, sassy, lone-wolf female characters, and the initial shot of her at the start of the opening credits – silhouetted on a protruding beam of metal, staring imperiously down at the massive cityscape sprawled beneath her, wind ruffling her hair and a sly smile on her face as the rock-inspired theme song kicks into gear – inspired dozens of my early stories and characters all by itself.

These weren’t my only early teenage influences, of course – not by a long shot. But looking back now, they stand out as some of the most prominent SFFnal ones, and even though years can pass between readings or re-watchings, it’s clear to me that all of these stories have burrowed somewhere deep in my consciousness, informing my adult tastes. Which makes me wonder: what other stories have I absorbed without even realizing it?

What were your early influences?

Happy to see the love for Stargate — for my money, it’s the best cinematic adaptation of an H. Rider Haggard lost race story we’ve gotten. (And the best thing Devlin and Emmerich ever did.)

My early influences are ThunderCats, DuckTales, Chip and Dale’s Rescue Rangers, Tale Spin, GI Joe, DragonLance Chronicles, AD&D, superhero comics, The Hobbit, and Phantom Tollbooth. Probably other, but those are the most prominent ones I can think of.

The stuff that caught me as a kid (prior to high school) mostly came from my dad.
From my dad’s collection I took Howard’s Conan the Warrior and Karl Edward Wagner’s Death Angel’s Shadow and, of course, the Hobbit and the Lord of the Rings, which led to the Sword of Shannara. Playing original D&D, Villains & Vigilantes and stacks and stacks of DC horror comics all went into the mix as well.

I’ve always been intrigued by The Axis Trilogy and The Wayfarer Redemption, largely because of those gnarly Luis Royo covers.