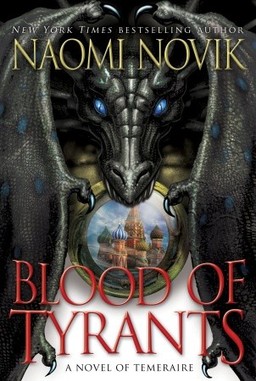 “Series fantasy,” said John O’Neill when I asked him what he’d like my new blog column here to focus on. “It’s the most popular form of fantasy, and we virtually ignore it — especially the early stuff.”

What do you call a series about series? Series is a word with no plural, or, depending on how you look at it, a plural word with no singular form. If I can talk about the peoples of the earth, I should be able to talk about the serieses of fantasy novels, but I can’t quite bring myself to do it. No wonder the publishing industry is so fond of words like trilogy, tetralogy, saga, and so forth. Maybe you have a brilliant idea that solves this problem, a genre equivalent of the invention of the word “y’all.” My comment thread awaits.

Meanwhile, welcome to the Series Series.

You know people who won’t start reading a series until the last volume is published, because they don’t want to invest their hearts in a story that might never reach its end. You may be one of those readers.

Me, I used to say I’d try anything once. It turned out not to be quite true, but I’m still willing to try almost any book for a few pages. If it keeps me reading, I don’t worry about whether the author’s going to live long enough to complete all the plot arcs, or whether the market will allow the series to go on.

I also don’t mind putting a book or a series aside if it stops hitting the sweet spot for me. A wildly successful and highly skilled author I will not name has a few series out. I read the first volumes of each, recognized their excellences and the reasons most of my friends loved them, and I never picked up any more volumes. Not my sweet spot. Sorry.

At some point, a stream of review copies of debut novels and first volumes of fantasy series will start flowing from BG to my mailbox. I wanted to start, though, with the two series I can’t put down, the ones that have driven me to break my no-buying-new-books-until-I’m-done-moving rule. For my last post, I wrote about James Enge’s new novel of Morlock the Maker, Wrath-Bearing Tree. This week, it’s Naomi Novik’s Blood of Tyrants, the eighth novel about the naive but brilliant dragon Temeraire and his human, Captain William Laurence.

For background, here’s what people usually say about the Temeraire novels: they’re sort of alternate history, combining the military exploits of Patrick O’Brian’s Aubrey/Maturin novels with the delicate social maneuvering of Jane Austen’s work… and Anne McCaffrey’s interspecies devotion between humans and dragons.

Of course, fans of more serious alternate history point out that if sentient dragons had co-evolved with humans from the start, all of history would have been unimaginably different at every step. It is absurd to imagine that a world where dragons had always lived alongside humans would have produced recognizable versions of Britain and France, let alone a recognizable Napoleon, let alone an almost-familiar chronology of the Napoleonic Wars (which our heroes disrupt and redirect whenever their lives intersect with it).

Okay, it’s absurd, and the first thing I thought when I heard the debut volume’s premise was that it couldn’t possibly work, but if you once allow Novik a chance to tell you a story in this absurd scenario, you’ll be hooked.

On to the new volume. 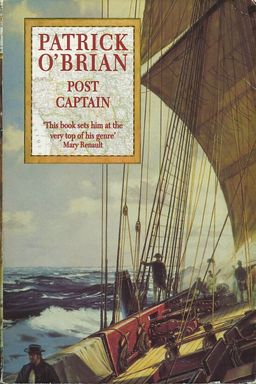 This one opens with Laurence staggering, shipwrecked and afflicted with amnesia, on the shore of Japan. (It can’t be a spoiler, can it, to mention plot points that figure prominently in the jacket copy?) The book’s opening movement weaves together his struggle to reach the one port in Japan where foreigners are permitted, his efforts to remember anything of the last eight years of his life, and Temeraire’s frustrated search for him. Everyone else on the damaged ship is sure that Laurence cannot have survived being washed overboard, but Temeraire holds desperately to hope.

At this point, you are saying to yourself, “Amnesia? Seriously? Isn’t that a soap opera thing?” If you haven’t already seen what Novik can do with things that sound like they shouldn’t work, you may also be grimacing in anticipation.

To Novik’s credit, Laurence’s amnesia reads like current veterans’ accounts of life with traumatic brain injuries and post-traumatic stress disorder. She must have worked hard to achieve that effect, considering the long tradition of amnesia as a cheap narrative gimmick. I wouldn’t presume to predict how it would read to an actual veteran, but to me, it never felt gimmicky.

I did find a bit wearying the constant expectation that this author I admire, in a series I enjoy, would lapse into gimmickiness. It was like watching an Olympic gymnast try her balance beam skills while walking a tightrope in a performance lasting for five hours — I was glad she didn’t fall, and the feats were impressive, but after a while, I just wished she would get back down to the mat and show what she does best.

Novik resolves Laurence’ amnesia in a way that I found plausible, purposeful, and moving. I just found it hard to stay inside the continuous waking dream of story while my writing-brain kept interrupting my reading experience to point out to me that, if it had been my book to write, I’d have tried to reach that resolution forty to fifty pages sooner.

Well, enough of that.

You’re a fantasy reader, so when you pick up a book that has a map in the front, you study the map before you start reading. You refer to the map occasionally as you read. It cannot be a spoiler, then, for me to tell you that the story begins around Nagasaki, proceeds across China, and ends around Moscow. Because Novik plays with the tropes of alternate history, we get to dread what will happen to our heroes in a Japan where foreigners are not permitted, on pain of death, to go anywhere but the port of Nagasaki.

We get to fret about how the Opium War will affect our heroes’ desperate efforts to enlist the aid of the Chinese against Napoleon’s dragon-augmented ambitions. We get to wonder just who will get hammered by the Russian Winter in this version of 1812. Novik’s Napoleon is a complex enough villain, and the Russians are problematic enough allies, that the protagonists and this reader were not always sure which side to root for, and that’s a fine thing indeed. 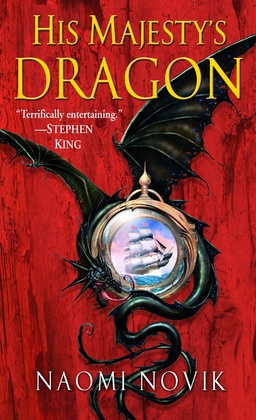 For quite a bit of the book, we wonder these things while remembering more of the human hero’s past than he does, and understanding more of the human politics than the dragon hero does. As gratifying as it can be to read a story in which I am intermittently a half-step ahead of the protagonists in figuring out their puzzles — this form of readerly pleasure is one of the reasons George R.R. Martin’s use of multiple viewpoint characters is so successful — I found myself wanting to reach into the book and shake Laurence out of his amnesia a few times too many in the first half of the book, when various bits of mystery should have been easier for him than for me.

When a series reaches, and is set to exceed, eight volumes, a reader is sure to like some volumes more than others. Blood of Tyrants is not my favorite, yet it is worthy of its series.

Next year or whenever, I’ll be buying the next volume in hardback, probably the day it comes out, because I still can’t wait to see what happens next. When the series eventually reaches its end, I can imagine setting out to reread the whole thing, including Blood of Tyrants. If you’ve read the series so far, it’s certainly worth continuing.

If you haven’t, by all means start with Novik’s debut, His Majesty’s Dragon, which is delightful on its own terms, whether you venture into the sequels or not.

I am shamefully far behind with Temeraire and you’re doing an excellent job of convincing me to remedy that.

Ah, then you have the Crucible of Gold volume ahead of you. That one’s a beauty.