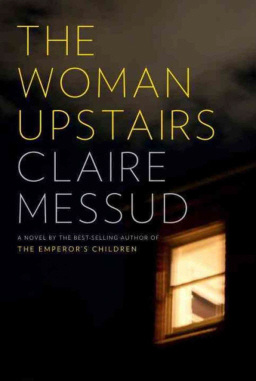 Teaching and writing can feed one another.

As a student, I could get away with not revising, until about three years into grad school. My students couldn’t get away with that, and I learned to revise from watching their successes when they followed the advice I’d been hearing all along, and passed on to them, but had never put to use.

Above all, my students made me fit, as a human being, to write fiction. All the characters I tried to write when I was in my teens and in college were either my own doubles or cardboard cut-outs.

Only when I had to think my way into my students’ experiences and thought processes did I develop the imaginative empathy to write a character fundamentally unlike myself. There are days when it’s hard to remember all that. It is worth remembering.

Teaching and writing can tear at one another.

We write what we read, and a teacher of writing reads student work, with the inevitable result that the teacher’s own writing begins to sound studentish. Errors the teacher outgrew in elementary school creep in, or even flood in, as the heaps of student papers rewire the reading brain.

One wakes, literally, at three in the morning from nightmares about forgetting all the rules of punctuation. Time that could be writing time gets sold off for cash and instead becomes teaching time. Imaginative empathy that could go to developing characters instead gets used, sometimes to exhaustion, on finding ways to reach struggling students. 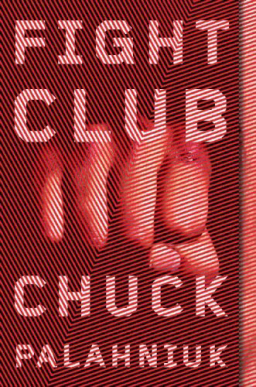 The teaching writer can’t stop thinking about that old Langston Hughes poem, the one with the dream deferred. Resentment seeps in at the edges of the teaching. The teaching writer wonders–I wonder–whether the students can detect that seepage. I’d give a great deal not to feel that resentment. The great deal I would give, though, does not include giving up on the writing. So on it goes.

Although writers with day jobs usually regard their day jobs with at least some amount of resentment, there is a big difference between resenting, say, cars that need repair, and students who need help.

Chuck Palahniuk, the king of the bestseller lists who began his career with Fight Club, used to be an auto mechanic. He hated his day job, and stole time back from it unrepentantly. He would sneak pages of blank paper under the work order on his clipboard, slide under a car, and write while lying on his back, holding the clipboard above his face. Various automotive effluvia would drip on him while he worked on Fight Club, and his boss was not happy with the slow pace of his repairs. A certain amount of vengeance against his employer, against the whole fact of employers, fueled Palahniuk’s writing process.

Okay, yay for him, I suppose, but a teacher who tried anything analogous at the expense of students’ learning and well-being would deserve… what? To be locked in the stocks for a day? To be horsewhipped? My sense of justice goes straight back to the Puritans when abuse of students’ trust is concerned.

Maybe I’d have finished more novels if I’d skipped learning to teach and had become an auto mechanic. But then, my characters would have stayed flat, my processes would have remained unarticulated and narrow in scope. For all that it might be nice to feel free to resent the obstacles to my creative productivity, I can’t erase all the gifts my obstacles have given me.

One hardly knows where to start here! But I’ll begin with your statement, above: “We write what we read.” I’m not at all sure about this. Certainly, human beings are imitative. But does it follow that if I read Pynchon that I will, concurrently, craft a piece that sounds like THE CRYING OF LOT 49, if only to the ear? I can’t quite believe that. Nor do I think that if I soldier through a few hundred bad (and/or hilarious) Douglas Adams jokes that I will start to sound amusingly British.

On the other hand, I’d be the first to admit that when writing a piece that is meant to sound a bit flowery, and one in which my characters have full permission to employ a wide vocabulary, that it might make sense to dive into A.S. Byatt or Edith Wharton. Reading Raymond Chandler (or Carver) might give my mind a bit of a syntactic break, but it wouldn’t likely inspire the work at hand.

And I think that’s the key: reading work, of whatever stripe, that inspires is really all that’s required. If it gets the creative juices flowing, who cares what it actually is? A term paper, an Alan Bennett play…it’s all good, so long as it moves the writer (or any other brand of artist) to produce inspired work.

As for Mr. Hughes, I believe that every writer should memorize Todd Rundgren’s song “One More Day.” I live that song, like it or not. Daily.

But does it follow that if I read Pynchon that I will, concurrently, craft a piece that sounds like THE CRYING OF LOT 49, if only to the ear?

Your post-Pynchon piece might not sound overtly like Pynchon, or feel, philosophically or emotionally, like Pynchon, but it would almost certainly favor words that appeared in the Pynchon text you were reading over words that didn’t.

Literary detective Don Foster pinned down the last unclear bits in the chronology of Shakespeare’s plays based on this supposition: If Shakespeare performed in a play, the next play he wrote would feature with greater than usual frequency the vocabulary in the role he’d played. Where the sequence of parts Shakespeare played on stage and plays he had written was known, this supposition held up, and applying it to the places where the chronology was muddy led to a sequence that’s considered pretty reliable now.

It’s possible that I’m uncommonly suggestible, but I always found that, after a grading binge, I wrote and spoke more like my students did.