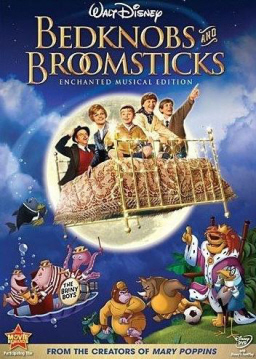 The preschool teacher tells me my five-year-old is doing much better at not hurting his classmates when he gets carried away with his pretend play. This might sound like faint praise, but after the week we’ve had, I’m thrilled to hear it. As we cross the parking lot, Gareth says to me, “I hate everyone at my school.”

“There’s too much world peace in it.”

I try not to guffaw. I rarely learn anything new while in the act of guffawing. Instead, I say, “Do you know what world peace is?”

“You said you knew.”

“What is it, Mom?” He sounds a bit frantic. It turns out he’s been singing songs about this thing, sitting at circle time with his classmates to hear books about it read aloud, and doing little craft projects about it, but nobody has checked in with him about whether he knows what it is. His behavior lately has not been conducive to it, as he has been given to understand. My impulsive five-year-old, of whom his teachers say he’ll probably be running some illustrious lab at Princeton one day unless he lands himself in juvie first, is not a man of peace.

I have told him that meanies are to be resisted, not suffered in silence. I’ve told him stories about knights defeating meanies. The long video that we save for rainy days is Bedknobs and Broomsticks, with its comical/supernatural defeat of a Nazi invasion. It was my first attempt to explain what Nazis are that gave us our taxonomy of meanies. 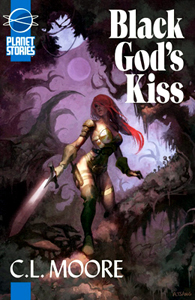 There are leader meanies, who come up with big ideas for meanness, and follower meanies, who might not do anything mean if not for the leader. Most importantly, there are meanies who change their behavior and start being helpers. We’ve discussed the irony in Jim Infantino‘s brilliant and hilarious song “Meanies,” with its catchy chorus: Don’t let the meanies bite your head off. And Gareth knows he is not–absolutely not–permitted to grow up to be a meanie.

Alas, as readers of sword and sorcery have long observed, the line between defeating a meanie and becoming one is not always that easy to see, and sometimes the difference dissolves entirely. My kid has been demanding explanations for the cover art on all the books in the house since he was a toddler, and the demands only got more insistent when he realized that most books for grown-ups don’t have any pictures but the one on the cover. I bowdlerize the stories quite a bit, but something of the original usually survives, as in this barely recognizable rendition of C.L. Moore’s classic short story, “Black God’s Kiss.” The characters who do most of the meanie-defeating in the novels of heroic fantasy scattered around my house all make mistakes, carry weapons, get into fights, and look like serious badasses.

It never occurred to me to tell him about world peace. I would like to believe in it. The closest I can come is to strive for as much peace as possible in as many places as possible. Accomplishing even that much sometimes requires defeating meanies.

One day soon, maybe I’ll figure out how to explain that the first meanie we all need to defeat is the one we ourselves can become.

Hmm, when he’s a little older (or with a bowdlerized version simplified for a five-year-old), I was thinking Tolkien’s One Ring offers some lessons in that regard. Boromir is your archetypal chivalrous warrior knight, yet in his desire to defeat his enemy, he is (momentarily) corrupted and does the enemy’s work. He acquits himself, but at the cost of his life and with other damage done. Which is why other, wiser characters like Aragorn and Gandalf refuse to use the Ring. A lesson, of course, can be drawn from that: “The end does not always justify the means, even to defeat meanies.”

I expect the boys and I will spend a lot of time in Middle Earth, for that reason and many others.