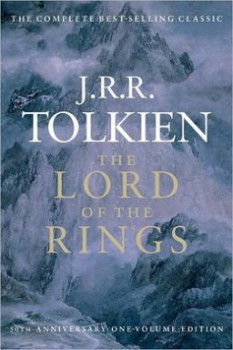 An actor was once asked, “Did you speak German in the film?” He answered, “Well, we spoke ‘movie German’, you know, British actors using German syntax.”

We’re all familiar with that phenomenon, aren’t we? Though nowadays we’re just as likely to get the actual language with subtitles, at least for short bits of dialogue. That’s fine for film, but it does make you wonder, how do writers deal with the language issue? Especially those of us writing Fantasy or SF?

After all, we’re not all linguistics professors capable of making up a complete language (or more than one, if it should be needed) like you-know-who.

Regardless of what language I might use to speak to friends or family, I write novels in English. And like most of my colleagues in the fantasy-writing world, few, if any, of my characters are either English or English speakers.

Back in the day, when one of the standard conventions of fantasy literature was the stranger-in-a-strange-land (human from our world transported into the secondary world) the issue of language got dealt with in different ways.

CS Lewis ignored it, essentially, in the Chronicles of Narnia, where all the Narnians at least (including the animals) speak British English (and in Calormen, they speak with an Arabian Nights syntax).

As the genre evolved, writers like Barbara Hambly had their primary world characters simply learn the new language, while others had wizards or other magic users intervene to solve the problem magically – what we now consider “the old translation spell ploy.” 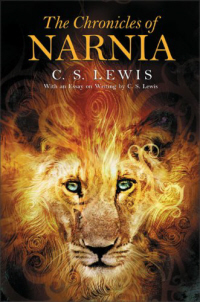 We don’t run into this problem much anymore (where we do, we mostly ignore it, as in Stargate), but that might be because we’ve replaced the early stranger/strange land convention with the urban fantasy, where the visitors are travelling in the opposite direction, and we can assume they speak English.

In urban fantasy, we deal with human foreign languages exactly the same way we would if we were writing non-genre novels. That is, we have our characters speak using the approximate syntax of the language in question, or we use the language itself (usually italicized) and then paraphrase it somehow for those who read only English.

Both of these authors also use non-human characters, however, and have to find a way to convey their alien qualities using language alone – at least until the films are made.

And lest we think this kind of thing happens only in Fantasy writing, let’s not forget how language is dealt with in, say, A Clockwork Orange. Anthony Burgess – another linguistics expert – created an evolved English, one that included slang and vocabulary from then-unheard of sources, to give his work its special futuristic flavour. 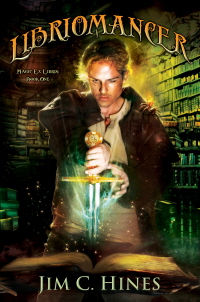 In the same decade, Heinlein did something similar in The Moon is a Harsh Mistress, this time creating both an evolved language, and a specialized one that pertained to convicts and their descendants living isolated from the rest of humanity. But both Burgess and Heinlein were dealing with humanity, or at least near-future humanity, and weren’t trying to convey a level of alien flavour beyond that.  What about SF writers who, like Fantasy writers, are introducing non-humans into the mix?

Some, like Larry Niven in his Known Space stories, use the “universal translator” idea (otherwise known as the old translation spell ploy), and have their aliens speak what is often perfectly idiomatic English – we know it is, because Niven tells us so. But what about when a writer wants to convey a real alien quality to their characters’ language? How does that happen?

Well, I hate to say that they use British accents and foreign syntax . . . but honestly, screwing with the syntax, spelling and use of contractions really are some of the ways to do it.

This can give even humans a real alien feel. Think of Ian M. Banks’s Feersum Endjinn, or (on a slightly different note) Jonathan Lethem’s Motherless Brooklyn.

Can anything give you more of a feeling that you’re dealing with a perspective very much removed from the normal than something like: “Id like 2 kno whotz thi rite way 2 land from this hi up, I sez, leenin out over thi drop wif thi wind in my hare & gayzin doun thi way @ thi treetopz ov thi forist-floar, what must b a gude cupil ov hundred meetrs blo.” And it gets worse; once he’s got you used to it, Banks starts using “eye” for “I”, and “no” for “know” as well as “no”. 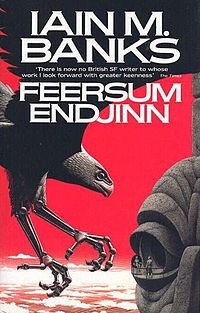 Now I know what you’re thinking. I’ve talked about primary world Fantasy, and I’ve talked about near-and-far future SF, but what about secondary world fantasy? What about Heroic or Sword-and-Sorcery Fantasy? Well, that subject interests me so much, that I’d like to deal with it separately. So check in with me again next week.

Oh, by the way, there’s an ironic consequence of that “movie German” approach. In the Antonio Banderas version of The Mark of Zorro, (great sword fights, by the way), at least two of the main characters are played by British actors (Anthony Hopkins and Catherine Zeta-Jones, both Welsh, I believe, but you get my drift). They speak “movie Spanish” – that is, British accents with Spanish syntax.  Ironically, this makes Antonio Banderas’s genuine Castilian accent sound fake, because it doesn’t sound like everyone else’s.

That’s right, it made the only actual Spanish speaker in the cast sound as if he wasn’t Spanish.

Speaking of Antonia Banderas, in ‘The 13th Warrior’ he’s kidnapped by vikings, and of course doesn’t understand a word they’re saying, so there’s a montage early on in the film, with Banderas watching these guys swapping insults etc around the fire and – as the months go by – slowly starting to understand a word here and there until finally he surprises them by speaking to them in their own tongue. It was a pretty neat piece of exposition, if a tad far-fetched.

I’d completely forgotten that movie, thanks for reminding me. I think it’s the only such example of a stranger/strange land character learning the new language the hard way. I wonder if it feels far-fetched because of the time-compression of the film, considering that this is how one normally learns a new language.

John McTiernan – of ‘DieHard’ fame – directed, and I think it’s to his credit that he actually bothered.

Sometimes the whole ‘syntax’ approach can bring its own cultural baggage – e.g. Roman patricians always having English accents. Having the characters speak their native tongue in ‘Apocalypto’ kind of sidestepped that issue as well as adding a certain authenticity to the film.

How this could be translated to a Sword-&-Sorcery context, I have no idea…

I once had an idea for a magic system for a modern fantasy story where old and ancient languages were the key to spells. You wanted to know old languages, because a spell written in one would be more potent than trying to say it in English.

The author needs to be careful, though — a little of that stuff can go a long way. I did enjoy Feersum Endjinn, but actually getting through it was a struggle precisely because of the language.

& even little things can make a difference — in Railsea, China Mieville always uses an ampersand instead of the word “and”, which takes more getting used to than you might expect.

Paul, I wonder if that’s why so many people sneak Latin into their magic systems, at least the primary world ones. Do we also find it in secondardy world fantasies, where spells are spoken in an unknown tongue? Or am I reaching here?
Joe, I agree. I really enjoyed Feersum Endjinn, but I’ve certainly never read it again. I also had similar issues with James Kelman’s How late it was, how late, where the narrative is written in several Scottish accents, so that shows you that not only do Booker Prize winners do it, but it’s just as unlikely that you’ll reread them.

Violette — That’s something else that can be off-putting: Trying to handle accents phonetically. Parts of Lovecraft can be challenging because someone is using words like “abaout” or “naowadays”. I vaow afur Gawd, I dun’t know why he thut that war a good idear.

For a counter-example, Patrick O’Brian did a fabulous job of conveying regionalisms by word-order and word-choice and the occasional non-standard but internally consistent grammar.

Joe — The Kelman had its amusing side, there was one character who had Sean Connery’s accent, which led to a lot of scenes being read out loud.
O’Brian’s work is virtually seamless, you’re not even aware of it as you’re reading.

Black Gate » Blog Archive » Sorry, Can You Repeat That?

[…] Last week I talked about how Fantasy and SF writers deal with the idea that our characters aren’t speaking English, and I focused for the most part on primary world fantasies (by which I mean fantasies with an obvious connection to our world as we live in it) and on SF works of the near and far future. […]

In Roman times, magicians used old Egyptian. The theory was that the gods liked to be addressed in the language of their first worshippers, because thereby the magican was imitiating the timelessness of the gods.

Mary, I like that. I think other people have used the idea post-Anderson, but that’s the usual fate of a good idea.
That Roman theory reminds me of an 18th-century literary view on originality: in order to be original, they thought, you should write the way the originial writers did. In their style, and with their approach to the world.
So originality had nothing to do with coming up with something no one else had ever done, though it did come to have that meaning.

It’s an interesting subject because there are many ways to introduce verisimilitude. Doing so without interrupting or compromising the story is a challenge. “Star Wars” was a gamechanger in SF film in dealing with language. HBO’s Rome series went the risky route of using UK slang. In SF&F literature many sprinkle in idioms to suggest and remind that a different language is in play as a way to add a layer of credibility. As you say, many simply ignore it. Solutions vary by the needs of the plot and the world built and the history of that world. In cases where an actual Earth past is posited, new slang is often melded with old phrases, trendy or classic, to suggest how languages trend. It can be great fun if you hit upon a great solution, for both reader and writer. Equally, it can be hard on both if introduced awkwardly. Something so simple as trying to show how names change over time by writing “Lanta” for the city of Atlanta can lead to solutions both stupid and brilliant. “Sabio-weft” from “wise-weft” from “smart-threads” from “smart-bombs” is a progression I have considered to suggest this in a future culture descended from Portuguese language. The problem is that if you take this progression too far, you lose the chain, so I threw out the “sabio” and kept “wise-weft.” I considered “savvy-weft” because savvy may be from Portuguese/Spanish “saber” but threw that out as too timebound. I used “mau-ware” for “malware.” And so the wheels turn.

How language has evolved, and how it might evolve, are subjects all in themselves. Though I’ve played around with it a little myself — nothing like what you’re considering — I don’t feel I know enough about the subject to really use it. I love both “wise-weft” and “mau-ware”, btw.