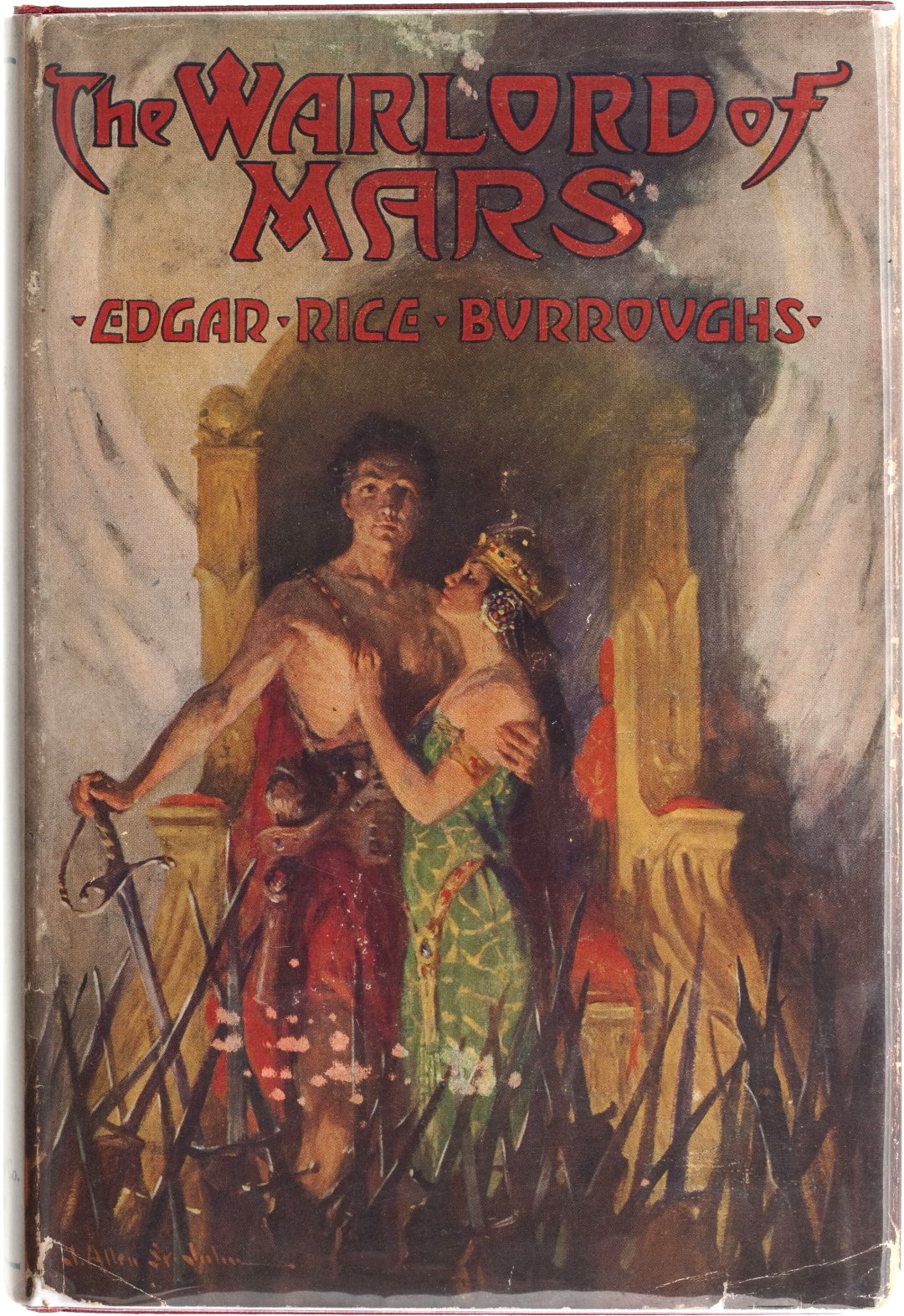 By the time I was in the third grade, I was reading a little bit of everything (still do). From Zorro to The Hardy Boys to Pippi Longstocking, I gave everything a try. But already I was being drawn more strongly to works of speculative fiction, especially heroic fantasy. The year before, I’d gotten hooked on C.S. Lewis’s Chronicles of Narnia.

I often did my best bouts of reading after I’d been tucked into bed and the lights were out. I’d sneak down by the door, sprawl out on the carpet, and read by the narrow band of light coming in from the bathroom down the hall (my mother would leave it on as a nightlight). On one particular night, I chose an old hardcover that I’d taken off my Granddad’s shelf. Whatever dust jacket had once adorned its fraying red cloth was long since lost, and the pages were becoming yellow and brittle. I gently opened to the first page and read these words:

In the shadows of the forest that flanks the crimson plain by the side of the Lost Sea of Korus in the Valley Dor, beneath the hurtling moons of Mars, speeding their meteoric way close above the bosom of the dying planet, I crept stealthily along the trail of a shadowy form that hugged the darker places with a persistency that proclaimed the sinister nature of its errand.

These are the first words of The Warlord of Mars  (1919) by Edgar Rice Burroughs.

This happens to be the third book in the Barsoom series, so I had no idea what was going on. But “the shadows of the forest that flanks the crimson plain,” the “Lost Sea of Korus,” the “Valley Dor,” and the “dying planet” piqued a part of my brain that wanted to explore, as the voice at the beginning of Star Trek used to announce, “strange new worlds.” And then that sudden telescoping in on the “shadowy form” on a sinister errand…I was hooked.  I was on my way to Mars — or Barsoom, as its inhabitants called it.

If I heard one of my parents come out of their room down the hall, I’d scramble back to bed and dive under the sheets. Then I’d creep back, stealthily, needing to know what exploits John Carter would be up to next in his heroic quest to save his red Martian princess, Dejah Thoris. 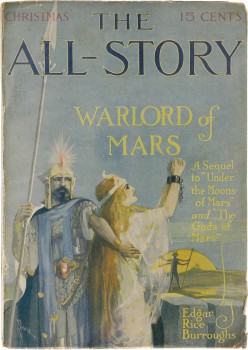 I became an Edgar Rice Burroughs disciple. I checked out the first two books from the library, then the later ones until I’d read all eleven. Then I reread them. I was so immersed in the world of Barsoom that, until maybe the fourth grade, I sometimes really thought that if I stretched out my arms to the red planet and concentrated hard enough, I could be whisked there too, just like John Carter. But I didn’t know enough about astronomy to identify which light in the sky it was (my luck, I would’ve wound up on Venus).

I went on to read many of his other series and stand-alone titles, which brought me to the Earth’s core and to lost places where prehistoric beasts still roam (and even to Venus, eventually). I went with him into the past and into the future. He took me to the jungle where a man raised by apes was lord, and he whisked me beyond the farthest star. But my favorite was always the story of John Carter, the Warlord of Mars.

Granted, no one would argue for ERB as a master prose stylist. He was, however, a first rate storyteller — right up there with H. Rider Haggard, Sir Arthur Conan Doyle, and, more recently, J.K. Rowling. The words were merely the vehicle of delivery for the stories, for the adventures, for the wonderful new worlds, for the larger-than-life characters who clash swords to win love and renown on the stages of those colorful, otherworldly backdrops.

I was just a boy, sure, but how could I have invested belief in Barsoom so thoroughly? Aaron Parrett, an English literature professor who wrote the introduction to the recent reissue of the first three Martian books in the Barnes & Noble Library of Essential Reading, offers a suggestion:

Perhaps what makes Burroughs’ novels eternally compelling is the way he stretches the bounds of verisimilitude by narrating purely fantastic events with such nonchalant matter-of-factness that what he describes becomes believably present.

Or as science fiction author Jack McDevitt puts it, “When it rains in a Burroughs novel, the reader gets wet.” 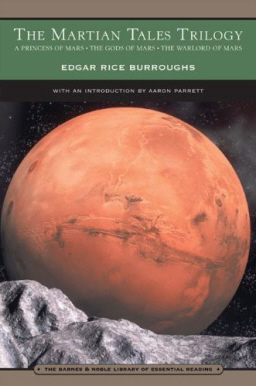 Though I stopped believing in a literal Barsoom, I kept visiting. And I’ve been exploring imaginative realms like it ever since. Writing about them too, spinning my own stories about strange wonders in faraway worlds. Burroughs was not alone in putting me on the path of a speculative writer — there had been Lewis; later there were Tolkien and many others — but the Mars of his imagination was a strong beacon that drew me on, just as the red planet had drawn that ageless Virginian John Carter to its fabled red valleys a hundred years ago.