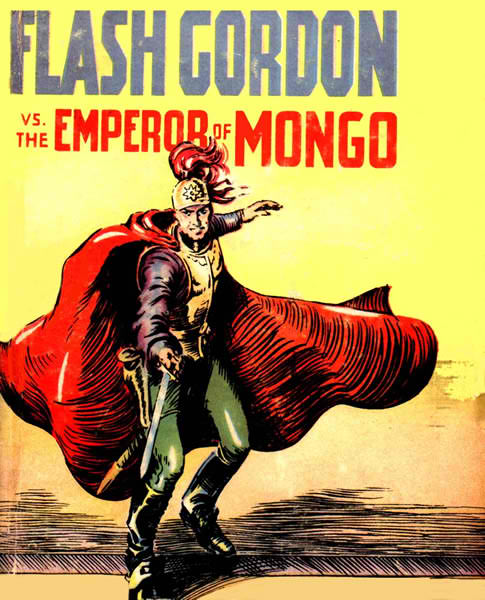 “The Atomic Age” was the twenty-fifth installment of the Flash Gordon Sunday comic strip serial for King Features Syndicate. Originally published between October 7, 1945 and March 17, 1946, “The Atomic Age” sees Flash, Dale, and Dr. Zarkov taking the battle to Kang the Cruel, son of Ming the Merciless, who deposed Prince Barin from the throne of Mongo. Armed with weapons from King Radon, Flash sends word to the Freemen to gather at the border to prepare for an assault on Mingo City.

Believing he is only facing foot soldiers, Kang orders a combined air and ground assault to wipe out the army of Freemen. The Emperor discovers too late that the Freemen are protected by a force field barrier. The atomic rays the Freemen are armed with make short work of Kang’s tanks and rockets. Facing certain defeat, his own men turn on the Emperor and take him hostage. Flash is given a hero’s welcome when the Freemen arrive in Mingo City for having liberated Mongo from the despot. As is common with Austin Briggs’s tenure on the strip, the pace is far too fast and much drama is sacrificed to the detriment of the story.

Before Flash can take possession of his prisoner, Kang makes an escape by ruthlessly gunning down his captors. We are introduced to his queen, Evila, and his henchman, Grusom. The villainous trio escapes to the underground with Kang radioing Flash with the vow that he will reclaim the throne. While Flash orders all citizens to aid in the manhunt, he soon finds that not everyone is happy to see the Emperor deposed.

Traito, an informant, claims that Kang is heading for the kingdom of Deserta. Suspicious, Flash subjects the informant to a truth serum where he reveals that his loyalty is to the despot. Flash searches Evila’s home and meets her twin sister, Darlia. Kang dispatches Grusom to silence Traito. The informer is murdered in his prison cell in the middle of the night. 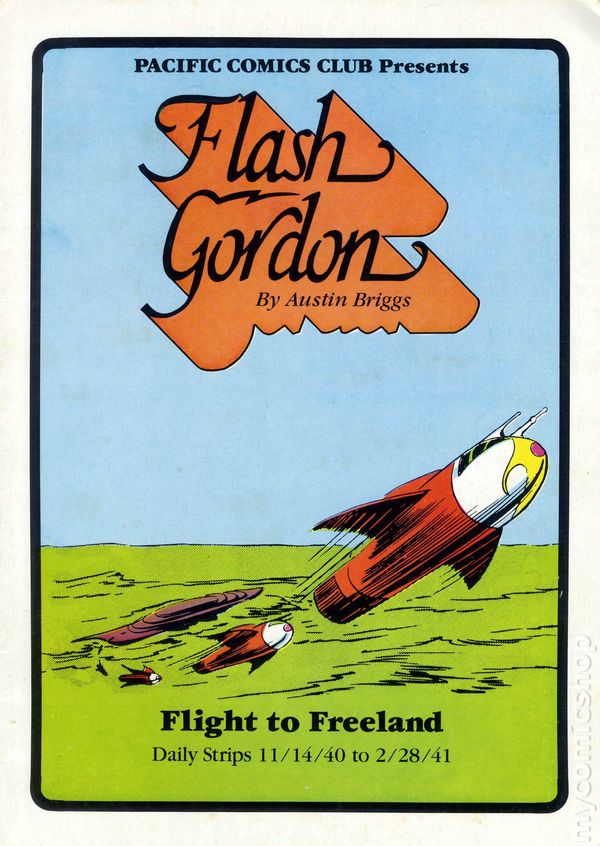 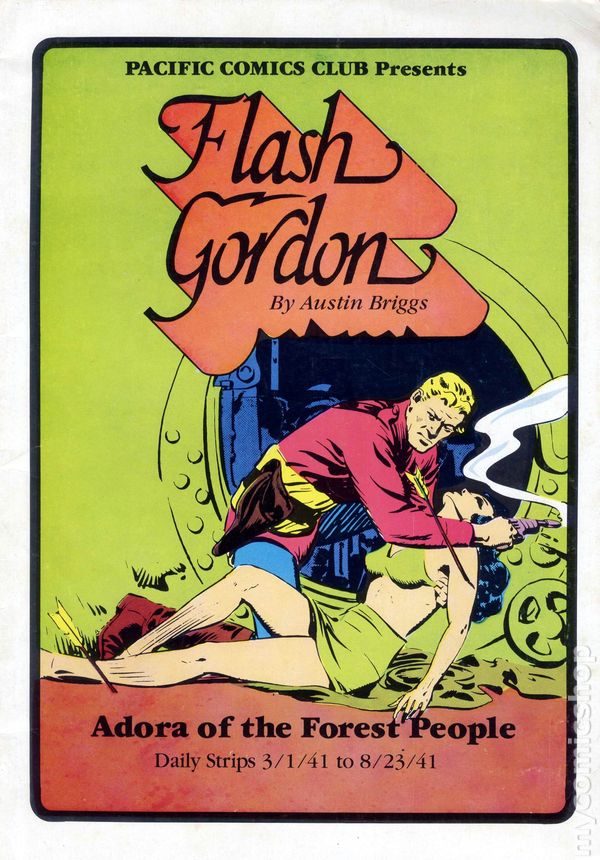 In short order, Darlia is abducted, with Evila posing as her sister to infiltrate Flash’s command center. Grusom infiltrates the newly constructed atomic research center under Zarkov’s direction. After sabotaging the center with a fire, Grusom escapes (with Evila’s aid) to take an atomic ray gun back to Kang. While the Emperor attempts to work out the secret of the weapon, he accidentally releases its awesome power. The resulting explosion brings Flash and his men to the scene of the Emperor’s now devastated hideout. Kang and Grusom managed to escape, but Darlia was severely injured in the blast.

Flash believes Darlia to be Evila and has her hospitalized. Evila gives sanctuary to Kang and Grusom at her and her sister’s home. An attempt is made on Darlia’s life, with Grusom posing as a doctor. Flash prevents her murder, but Grusom escapes by crashing through the window. Flash is puzzled why Kang should want to kill Evila.

The atomic power Flash has brought to Mingo City is improving life and allowing medical breakthroughs. Gian, the scientist from Radiuma who followed Flash, grows resentful of Zarkov’s genius. Evila seduces Gian, allowing Grusom to steal his atomic ray gun while the two make love on her couch. Armed with the ray gun, Grusom destroys the hospital, unaware that Flash has had the patient he believes to be Evila moved to the palace infirmary.

Smitten with lust for Evila (who he believes to be Darlia) and believing in her stated ambition to see him rule Mongo, Gian begins stealing weapons from the research center and stockpiling them in Evila’s garage. Flash takes Darlia (really Evila) to visit her sister in the palace infirmary. She is shocked to learn her twin wasn’t killed in the explosion that destroyed the hospital. Left alone with her sister, she attempts to murder her in cold blood, but the real Darlia overpowers her and switches clothes to reclaim her true identity and leave her unconscious sister under careful guard in the infirmary. 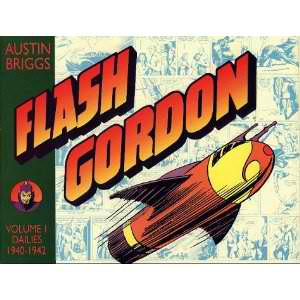 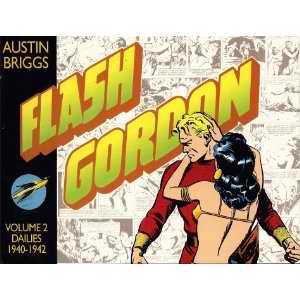 Darlia’s integrity in trying to protect her sister backfires when she returns home to discover her sister was not only harboring Kang, but had also become Gian’s mistress. Kang believes Darlia is Evila and Gian is unaware he was ever deceived. What could easily be a Feydeau-style bedroom farce is instead played for suspense as Darlia quickly finds herself in over her head as the woman in the love triangle with the two power-mad rivals.

Without Evila to cover for him, Gian’s smuggling of weapons is quickly discovered at the research center. Realizing he has an atomic arsenal in Darlia’s garage, Flash is reluctant to act for fear the result could destroy Mingo City. Evila recovers consciousness in a dramatic sequence in which she attempts to escape from the infirmary by crawling out her window onto the ledge and plunges to her death. A distraught Darlia confesses all to Flash.

Resolving he must act quickly, Flash breaks into Darlia’s garage with only two Freemen at his side. He guns down Grusom, but Kang gets the drop on him. Darlia arrives home and courageously sacrifices her own life by stepping into the line of fire. As she dies in Flash’s arms, Kang and Gian escape from the garage in a hidden rocketship.

Leaving Zarkov to rule in his absence (no mention is made of Prince Barin’s fate, oddly enough), Flash and Dale take to the skies and follow Kang’s rocketship to the storm-wracked kingdom of Valkr. The strip ends on a cliffhanger with both rocketships caught in a hurricane with readers eager to learn what would happen next. After an unnecessarily hurried opening, “The Atomic Age” quickly becomes the best of Austin Briggs’s run with moments of superior artwork that more clearly displayed Alex Raymond’s influence.

“Traito, an informant” — sounds like a perfectly trustworthy fellow to me.