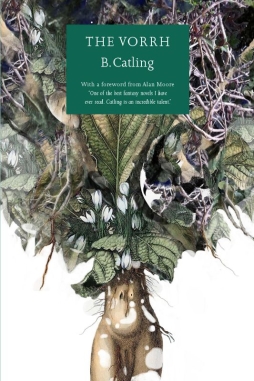 Raymond Roussel was a French surrealist writer who died in 1933, aged 56; one of his most famous works, Impressions of Africa, was a self-published novel (later turned into a play) depicting a fantastical African land based on no actual place, which contained a forest called the Vorrh. Late last year, the English sculptor and poet Brian Catling published his second novel, a story based on Roussel’s work: The Vorrh, first of a projected trilogy, described on its back cover as an epic fantasy. It’s a powerful book, precise and unexpected in its use of language and its plot construction, a dizzying and straight-faced blend of history and the unreal.

But beyond that, what is it, exactly? How are we to approach this book? Sure, you could call it ‘epic fantasy’ if you like — it’s very long, and there is fantastic matter in it, though no secondary world — but it’s so different from most other epics, and most fantasy as a whole, that the term is effectively useless. It’s mostly set in the years after World War One, but although there are scenes with peculiar Victorian technology and bakelite automata, it mostly avoids any feel of either steampunk or such recently-coined retrofantasies as dieselpunk or decopunk. It’s a little like the New Weird, but again that’s a category elastic enough as to mean very little, and the implication of a conscious distinction between the work at hand and a larger field of fantastic fiction seems misplaced; this is not a novel that seems to have been written out of an inherent interest in fantasy traditions, but a work that was written because it had to be. So while one can say that the Vorrh of Catling’s novel — a massive forest in which time is confused and myths wander — recalls Robert Holdstock’s Mythago Wood, the feel is something quite different.

So much for taxonomy. Leave aside what to call it. What’s the nature of the thing? What is the experience of reading it? The writing is focussed, highly sensory, unpacking each passing moment; it has the concentration of that fiction which is called ‘literary.’ This careful observation produces fragments of experience from a range of characters; as we go along in the book, their connections to each other become clear. And then as we go further, the structures that define their lived experience, the myths and the communities and the economies, become obvious; interrelations implied. Go to the end, and the whole thing coheres as a connected narrative. 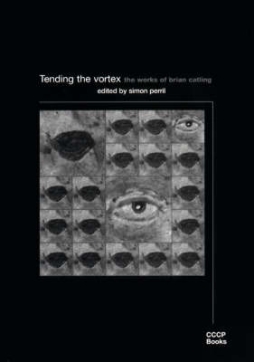 We start with a man dying in a hotel room; this is Raymond Roussel, who becomes a character, an observer. Then there is an unnamed narrator, who is crafting a bow out of the body of his beloved. His story will become as it were the backbone of the narrative, as he sets out to the heart of the Vorrh. Another man, a native hunter named Tsungali, is recruited by vaguely-defined colonial authorities to stop the first man. Meanwhile in the Vorrh there is a city, Essenwald, crafted as a replica of a German original, and in the city is a young cyclops who is beginning to learn something about the world. The book unites these characters, crafts a shared history for them, and gradually limns for us some of the shapes of the mysteries of the Vorrh.

Catling’s background as a poet is clear in the book’s language. It implies much, avoiding overt expressions of emotion in favour of imagery and flat statement which evoke emotion rather more effectively. Words are used in surprising and apt ways. Consider the description of the Vorrh which opens Part Two of the book:

Dawn, like the first time. The lead-grey clouds are armoured hands with the weak sun moist and limp inside them. The night still sits in the high branches, huge and muscular, rain and dew dripping to the pungent floor. It is the hour when night’s memory goes, and with it the gravity that keeps its shawl spun over everything in the forest. The crescent-eyed hunters sense the shift, feeling the glory of darkness being leeched and, ultimately, robbed of its purity. The vulgar gate of day gives no quarter, and its insistent brightness will tell lies about all, forcing the subtlety back into the interiors of trees and the other side of the sky.

The brightness lets the humans out and all those who are like them, as well as those who walk in their stead. The trees breathe and accept it all again. Unnatural greens cuckoo the sensible blacks, where all the great forests live. Men, and other, weaker beasts, grow in confidence and dare to believe that the place is theirs. For a few hours they stride and hack at the rim, shouting to match the sunlight. Twilight will soon shush them away and return the forest to its true condition. The sap still rises in the dark; the sun’s pump sucks in the veins, long after the fire is hidden. It is this squeezing, from root to leaf, that finds sympathy in the stenotic memory of men. It is this force field, like magnetism or pressure, that influences all similar structures inside it. The effect on modern men could be explained thus, the persistent rumours of sub-species, living comfortably inside the rings of trees, could find a foothold.

You can see here examples of writing at once startling and instantly recognisable: the “weak sun moist and limp” inside clouds, the “huge and muscular” night. You can see also some of the imagery that permeates the book: light and dark, sun and night, the nature of twilight. Also the play of memory. Gravity and its “shawl.” Both memory and gravity grow uncertain at key points of the book; it is a novel of dislocations, of uncertainties, and of metamorphoses. 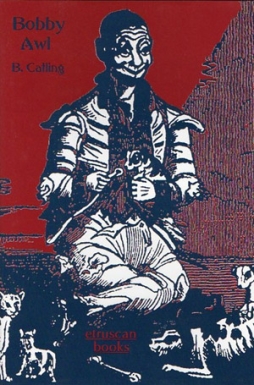 Thematically, it’s concerned with power and colonialism; with race and sexuality. With class and, in unexpected ways, education. With violence and the drive to dominate. Here as in many other aspects, Catling avoids making things explicit. What happens, happens. The individual characters are foregrounded. But in who those characters are, the experiences that shaped them and the assumptions they make, they reveal themselves and all the sociology you care to read into them.

At the same time, there is much in this book about vision and blindness; about impaired sight, and about things that can’t be seen. It’s worth remembering that Catling’s a visual artist as well as a writer. So one character begins blind, but is cured; another, tied into the plot in the most striking way, is a photographer who pushes the limits of his craft. And there is that cyclops, who undergoes a transformation by the end of the story. (The book is perhaps most like other fantasies in this aspect: transformation is key, unexpected and sometimes unwanted changes, brought on by ritual acts or simple unarguable magic. To the extent these things provide the moments that are the crux of the story, the book is easily identifiable as fantasy.)

Above all, there is the implied contrast, or balance, of the invisible world of myth against the objective and the rational. Mechanism against magic. There is no sense of thinning, nor yet of a threat from the unreal. The Vorrh is neither expanding nor contracting. It simply is, a cynosure of myth, incorporating Eden and tales of Adam and angels into its tangled narratives. 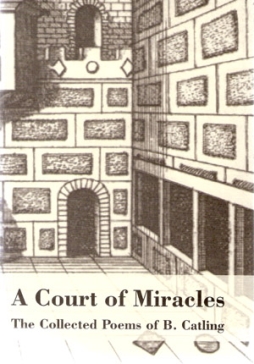 The characters move in and out of the Vorrh on their varied quests. Some succeed, some fail. Some gain insights, moments of transcendence, in their failure. In all they come to form a pattern, a dovetailing set of lives, each supporting the other. Not all mysteries are answered, as some matter must be saved for later books; but enough is explained and settled that there is the true feeling of an ending.

To get to that ending, the book proceeds through a network of unexpected connections, both obvious and subtle. Imagery recurs. Symbols return at unexpected moments. Explorations of historical associations yield surprising symbolic fruit: the eminent Victorian William Gull becoming the first man to describe and name anorexia nervosa, or the Winchester heiress living in her endlessly unfinished mansion. What’s true and what’s fiction becomes blurred. That’s as it should be: the story is all.

And with all this said, am I any closer to finding a meaningful label for The Vorrh? You could call the book ‘magic realism,’ if you insist. But it feels different; magic surrealism, perhaps. But then ‘surrealism’ isn’t quite right, either, though you could certainly read it as a subversion of bourgeois rationalism. Still, there’s a coherent narrative in the book that belies the idea of surrealism. The unnatural here isn’t startling, not over time, as it becomes worked into a story, and so established as a part of what simply is. Given the violence in the book, the unsentimental sense of the human body as material upon which stresses work and shape it as they will, you could maybe call the book ‘epic horror.’ You could call it a lot of things, in the end; what it is, though, to me, is one of those books that can subtly rewrite and reimagine the world.

Thanks for the enlightening review. I became aware of the book through Alan Moore’s involvement (http://www.honestpublishing.com/blog/alan-moore-and-b-catling-in-the-vorrh-launch-video/).
Now it’s definitely on my to-read list…

periklis: I just realised I forgot to mention in the piece that Moore wrote an introduction for the book; thanks for bringing that up! He’s got some interesting points about the ambition fantasy can (and perhaps ought to) have.

That video link’s interesting; I hadn’t seen it when I wrote my piece, but I note Catling reads from the same part of the book I quoted from. Well, it is pretty powerful. Sometimes passages really do carry special weight …

Joe H: ‘Fascinating’ and ‘strange’ are two good adjectives, I think. The Pyatt Quartet is a good point of comparison too, in some ways. The Vorrh is very different, and the narrators aren’t really like Pyatt. It’s generally not as bluntly satiric (though there is satiric bite). But the timeframe’s about the same, and the investigation of violence and history and imperialism is kinda reminiscent of the Pyatt Quartet. It’s an interesting suggestion, too, since Catling’s associated with people like Moore and writer Iain Sinclair who’re also associates of Moorcock. So there’s something to it, I think.