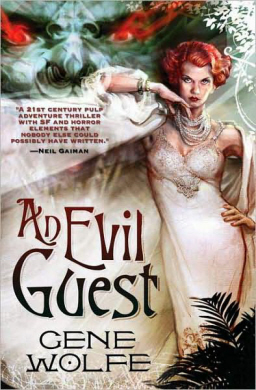 The Grand Master Award is given not for a particular work but for “lifetime achievement in science fiction and/or fantasy.” It is given only to living writers.

Wolfe’s publications include The Book of the New Sun, Peace, The Fifth Head of Cerberus, Soldier of the Mist, The Book of the Long Sun, and The Wizard Knight. His recent works include Pirate Freedom (2007), An Evil Guest (2008), The Best of Gene Wolfe (2009), The Sorcerer’s House (2010), and Home Fires (2011). He has won two Nebulas, five World Fantasy Awards, six Locus Awards, and the World Fantasy Lifetime Achievement Award in 1996. He was inducted into the Science Fiction Hall of Fame in 2007.

The award will be presented at the 48th Annual Nebula Awards Weekend in San Jose, CA, May 16-19, 2013. Read the complete announcement at SFWA.org.

Richly, richly deserved. And making me think I should reread the New Sun books.

My next Gene Wolfe project is his WIZARD KNIGHT series. Heard many great things.

[…] winners will be announced at the Nebula Awards Weekend, May 16-19, in San Jose CA. As previously announced Gene Wolfe will be awarded the 2012 Damon Knight Grand Master Award for his lifetime contributions […]

[…] we reported back in December, Gene Wolfe was honored with the 2012 Damon Knight Grand Master Award for his […]