Specific issues of preparedness inevitably crop up at certain times of the year.

Beginning in June, people in the coastal areas of the US begin thinking about laying in a supply of necessities in the event of a hurricane. Sometime in December, people in the Midwest do the same to get ready for the possibility of being snowed in. And near the beginning of October, it is once again time to begin considering defensive tactics against vampires and zombies; though we all know that unlike weather conditions, they are a constant and ever-present threat.

On the zombie front, the US government has us covered.  The Center for Disease Control’s Office of Public Health Preparedness and Response devotes an entire area of their website to “zombie preparedness.”  There you will find tips on how to plan for a zombie apocalypse, as well as tools for teaching zombie preparedness in the classroom. However, a careful search of the CDC site turned up only minor bits of useless vampire defense advice – generally in the context of how to cope with an infestation of bats.

Perhaps this is due to the fact that humans are already well (nay instinctively) versed on how to deal with vampires; you know, stake through the heart and all.

Turns out, you’re dead on.

In June of this year comes the news that the collective intelligence which drives us humans to go looking for the first pointy object we can lay our mitts on when faced with vampire troubles may not be learned from penny dreadfuls after all. Archaeologists in Bulgaria have unearthed two 700-year-old “vampire” skeletons, stabbed in the chest with an iron rod which was in the tomb next to the bodies.

In addition, the skeletons’ teeth had been pulled. Scholars believe the rod and tooth-pulling were techniques villagers used to prevent dead men from turning undead, offering evidence that the knowledge of vampire disposal is far older than Varney himself (1845).

Back in Bulgaria, you’ll be pleased to know the iron rods did indeed performed as expected, as the bodies showed no signs of struggle or escape.

These two skeletons stabbed with rods illustrate a practice which was common in some Bulgarian villages up until the first decade of the 20th century.

According to the fine folk of 700-years-ago Bulgaria, if a person was “bad,” (deadbeats, drunkards, suspected felons, etc) it was assumed they would take their true and final shape as a vampire after their human death.

So, by beating them to the punch and driving an iron stake in their chest after they “died” the first time, the townspeople could rest easy, knowing they wouldn’t have a member of the undead getting up later to make trouble.

It is, after all, difficult to loot and pillage when you’re pinned down in your casket.

The inhabitants of Bulgaria appeared to be an extremely nervous lot, as well as being a trifle sexist. According to Mr. Dimitrov, a total of more than 100 iron-skewered corpses have been discovered throughout the country in recent years; though, curiously, there were no women among them.

However, with vampires dating back several millennia to countries all across Europe, don’t paint them as misogynists strictly based on the Bulgarians. 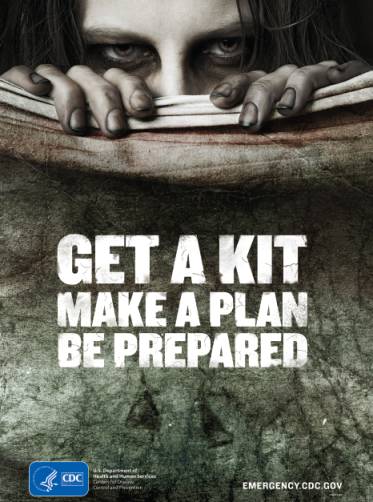 Similar female skeletons have been found, complete with the iron stake, by Italian researchers in Venice. These particular vampiresses also had the misfortune of having bricks shoved in their mouths to prevent them from feeding on the flesh of those who fell prey to the plague.

Whatever the case, the female Venetian vampires were found in a mass grave in Lazzaretto Nuovo, dating back to 1576. The grave was nearly two miles away from Venice proper and acted as a sanatorium for those suffering from the Black Death.

The succession of plagues which ravaged Europe between 1300 and 1700 fostered the belief in vampires, mainly because the decomposition of corpses was not well understood.

Gravediggers reopening mass graves would sometimes come across bodies bloated by gas, with hair still growing, and blood seeping from their mouths and believe them to be still alive.

According to medieval medical and religious texts, the “undead” were believed to spread pestilence in order to suck the remaining life from corpses until they acquired the strength to return to the streets again.

The shrouds used to cover the faces of the dead were often decayed by bacteria in the mouth, revealing the corpse’s teeth, and vampires became known as ‘shroud-eaters.’

“To kill the vampire you had to remove the shroud from its mouth, which was its food like the milk of a child, and put something uneatable in there,” says Matteo Borrini, an anthropologist from the University of Florence.  Apparently pulling out the corpse’s teeth was an additional, regional twist.

So forget the garlic, which tends to go bad, and wooden stakes, which can go soft – add some pieces of scrap iron, a few bricks and a good, sturdy pair of pliers to your emergency preparedness kit and don’t head into the season without a plan.

You can thank me later.

What are you doing to prepare for a zombie apocalypse or the ever-possible vampire infestation?  Post a comment or drop a line to sue@blackgate.com

The government’s zombie apocalypse preparation campaign did help me persuade my husband to shell out the bucks for emergency kits when hurricane season started. I haven’t yet gotten him to agree to the machete I have my eye on, but I don’t give up easily.

Sarah,
Explain the dual benefits of a machete to him; stake sharpening and decapatation.