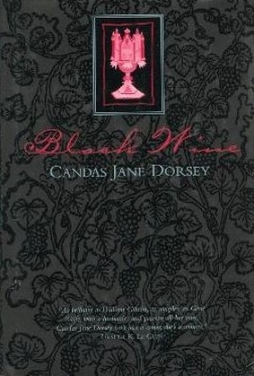 Some time ago, at one book fair or another, I took a chance on a book I’d never heard of: Black Wine by Candas Jane Dorsey. I’m not sure why; I’d already had reasonable luck at the sale, as I recall, so I didn’t feel the need (as one sometimes does) to grab a book for the sake of coming away with something. I don’t normally buy books based on cover art, and in any case this cover was more stylish than striking, a black pattern on black. It may have been the mention on the cover that the book had won an award for Best First Fantasy Novel. Most likely, it was the puff quotes on the back, featuring praise from Elisabeth Vonarburg and Ursula Le Guin (who compared Dorsey to Gene Wolfe). At any rate, buy it I did, for whatever reason; and having finally gotten around to reading it, I’m happy I went for it. Black Wine is an excellent, excellent book.

Published in 1997, it not only won the IAFA/Crawford Award for Best First Fantasy Novel, but also the James Tiptree, Jr. Award, and the Aurora Award for Best Long Form Work in English by a Canadian Science Fiction or Fantasy Writer. Dorsey herself (I find from Wikipedia and the ISFD) is a poet and prose writer from Edmonton. She’s published one other novel, A Paradigm of Earth, along with two collections of short fiction, and has edited and co-edited a number of anthologies. She also co-wrote a novel called Hardwired Angel with Nora Abercrombie.

Black Wine is a tricky book to describe. It begins by presenting three different narratives in three consecutive chapters; those narratives then coil back and forth. It’s not too difficult to work out how they interlock, but it does require careful attention and (in my case) considerable flipping around to re-read earlier parts. Further, names are powerful in this book, sometimes seeming to be guarded like treasures; which makes keeping track of characters and their family relations a challenge — particularly as so many of those characters are mother and daughter, a recurring relationship that seems to shape the story: the dominant narrative, we eventually realise, is set off by a daughter’s quest for her mother, a mother gone missing as a result of her relationship with her own mother and (especially) her mother’s mother. 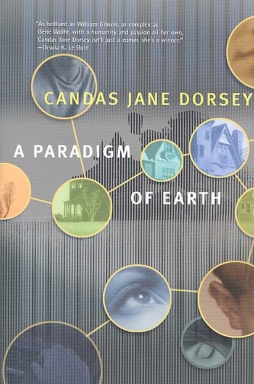 The tale’s set in an unknown world; it might be some sort of fantasyland, but seems (on the basis of Shakespearean allusions) to be set in the far future, on Earth or perhaps elsewhere. Some places have pieces of high technology, some at least have highly-developed understandings of various sciences, most societies are sophisticated in various different ways. Le Guin’s comparison to Gene Wolfe is apt: there is a dying-earth feel to the world, and that feel, combined with the intricate convolutions of the story, brings to mind The Book of the New Sun. There are few place-names, and not much remembered or recorded history. The setting therefore feels timeless, and the complex mother-daughter relationships are, if not primal, at least mythic.

The characters are strongly-imagined, and it’s accurate enough to say that the book’s oriented to character more than plot. But the nature of character is not always what one might expect. In this also it is like Wolfe: there is a dreamlike feel to the story, and unexpected fantastical elements appear (and are accepted by the characters) that send the story off in odd directions. Personalities and memories shift. Dead spirits return, partially. Cards tell the future, or do not.

More: There are texts interpolated into the overall text of the story, diaries and autobiographies, and there are dreams within the dreamlike narrative. But these things do not affect the feel of the story. The style doesn’t change when a sub-text is being presented. A dream is not described with anythng less than the quiet precision of the rest of the book. So there is a constant linear sense, a kind of feel of continuity, overlaid on a story that otherwise resists linear explanation. 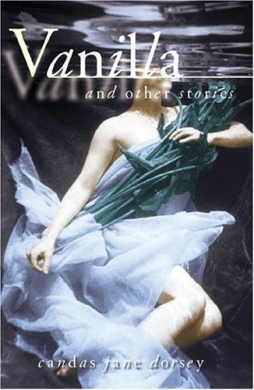 The writing is spare, not often overtly spectacular, but consistently right, handling terrible and nightmarish matter with a calm matter-of-factness. The overall context of the narrative, the backstory, is often intentionally obscure (though comprehensible the more you’re prepared to work for it); but each passing moment is highly articulated, clear and cold. That sharp focus and nebulous background increases the dreamlike sense of the story. It’s disorienting, but to good effect.

The book’s fascinated with language; it is in part about language and power. About identity, and how identity can be framed in language or how the limits of language can limit identity. It’s tempting (at least to me) to view this concern with language as a particularly Canadian theme. Whether this is so or not, Dorsey’s attentive to the varied usages of language: communication, the forming of ideas, but also the forming of culture and cultural groups — the stating of power. The way language is used to define groups, belonging in a group, the nature of class. Also the subversion of class and power: slaves in a palace, with their tongues torn out, have their own sign-language which is unspoken and unnoticed by their rulers.

“I am so close to giving up,” one of the characters writes, “that only the scratching of the nib on the page distracts me; only the mechanical formation of rounded, even letters and words, in careful array, keeps me from falling.” Language, writing, later sparks revolution; though it is debatable how significant the revolution is, in the end. Perhaps the main point about language is its status as information. As one of the characters reflects:

Long ago her mother had told her like a faery tale about the two extremes of process, building up and breaking down: information and entropy, they are called. She could cope perfectly well with learning new things, watching change and growth in progress, but the challenge of breakdown was beyond her. She resisted it blindly and angrily.

Shoes wore out, cats died, mothers went away, fathers died, people were abandoned into slavery in the south because traders feared losing business, young people became storybook soldiers only to shatter their dreams with death. It always came back to what was personal, what she had seen. She had buried the brown cat herself, she now remembered, when it had died that terrible winter after her mother left, and even then she knew she didn’t understand it. She was with her father when his heart first shook him, and now she understood that she ran away from his death even though it had already happened despite her. Telling herself it wasn’t personal. And it wasn’t personal. None of it.

The book’s allusive, suggestive, far more than it is explicit about its theme. It seems to me that perhaps that excerpt, the balance of information and entropy, may be near the point. Perhaps it’s about the intricate ties of history and identity, and about how those things can be cast off, both for better and for worse, and how they may be created. Perhaps it is about the way the past sometimes insists on catching up with you. And the cycles of history, information and entropy going around and around; or perhaps it’s about how they may be transcended. 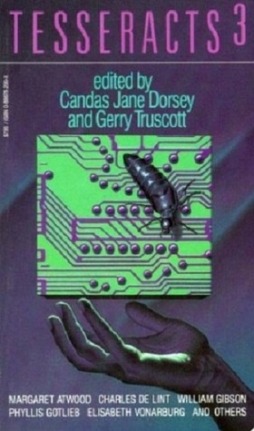 It should be noted that the book is very bleak, and handles remarkably dark subjects. Rape, slavery, incest, female genital mutilation … this is a tough world. Dorsey’s handling of these things is well-done, though. The writing is quiet, thoughtful; not insisting on the horror of events so much as simply describing what happens and allowing the horror to emerge naturally. You could say it’s unflinching, but a better word might simply be ‘accepting,’ acknowledging both the harshness of the world and the possibility of overcoming it.

Occasionally, the book has its gothic moments, or more precisely, melodramatic moments. Mostly, though, the bleakness works, because it’s underplayed. The spare style of the book not only avoids wallowing in misery, but keeps things moving. There is a restlessness in the book; it’s both meditative and urgent. Dorsey makes this work because of the allusiveness of her language; it’s a short book, but has the feel and sweep of an epic.

I did occasionally wish for a bit more clarity, not in terms of the action of the story, but in terms of the development of the imagery. Why is the title Black Wine? I have some ideas — black wine appears near the beginning and end of the book, pointing up the cyclical nature of the story, and it’s contrasted with red wine, so perhaps analogous (in the texts the characters within the story create) to ink and blood — but I’m not really sure. Cats wander through the book  — why? I’m not sure. These things feel like symbols that are emptier of resonance than they ought to be.

Maybe these things will become clear with future re-readings. It’s that sort of book; the sort you have to re-read. The sort that requires revisiting for fuller understanding. The sort (I think, from having gone back through it as I read it, noting new things, stumbling on unrecalled resonances) that rewards re-reading. It’s strong work, and I look forward to learning more about it, to diving back into its pages at some point in the future when perhaps I will be better able to understand it, to feel its meaning, to solve its riddles.