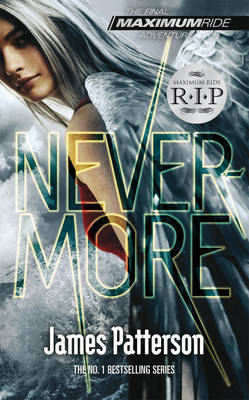 Forbes magazine has released its annual list of the top-earning authors on the planet. The list is dominated by science fiction, fantasy, and horror writers, including Stephen King, Suzanne Collins, Dean Koontz, and George R.R. Martin. Here are the 10 authors on the list who write genre fiction, and their total earnings in 2011:

Virtually all of the authors on the list, including Stephen King, Jeff Kinney, Suzanne Collins, J.K. Rowling, and George R.R. Martin, made the list due at least in part to revenue from film adaptations of their work.

The notable exception is the top-selling author James Patterson, who earned nearly all his income from his massive book sales. Patterson published an astounding 14 new titles in 2011 alone.

Aren’t Petterson’s books written by others these days, maybe with an outline by Patterson? I think he farms them out with his stable of co-writers, doesn’t he?

Sort of like what Arthur C. Clarke did with Stephen Baxter on a number of books (near the end of Clarke’s life), and many others in all genres have done.

He co-writes several of them, true. By by no means all of them.

And still… co-writing 14 novels at year. Yiii. That’s still a lot, no matter how you slice it.

As much as I think James Patterson is slowly going the way of Tom Clancy, I have to admit his projects are always entertaining. His YA series was enjoyable. His “Witch and Wizard” Manga was good (at least the one free issue of it I got on Free Comic Book Day). So, at least he’s careful about what he collaborates on. You can’t say the same about the Tom Clancy franchise.

Interesting that Tom Clancy — perhaps the top selling author in the world 10 years ago — didn’t even make the list this year. Is he in retirement?

I’m too jealous to say anything good about anyone on this list. 🙂

Certainly LOTS of money being tossed around.

Maybe it’s time I came clean and admitted that I am, in fact, James Patterson.

Well, I’ve got maybe $2-3 million in spare change on my desk in front of me (haven’t bothered to count it), and if anyone here could help me out by taking some of this petty cash off my hands, just say the word. One of my Brinks cars is bound to be passing through your neighborhood soon anyway.

I know you’re joking, because anyone who writes 14 novels a year doesn’t have time to read blogs.

John,
As a matter of fact, I’m multi-tasked, so even as I type this comment I’m simultaneously working on my 15th novel as well as the outline of my 16th AND turning over the burger on my backyard grill.
[Insert smiley face here.]